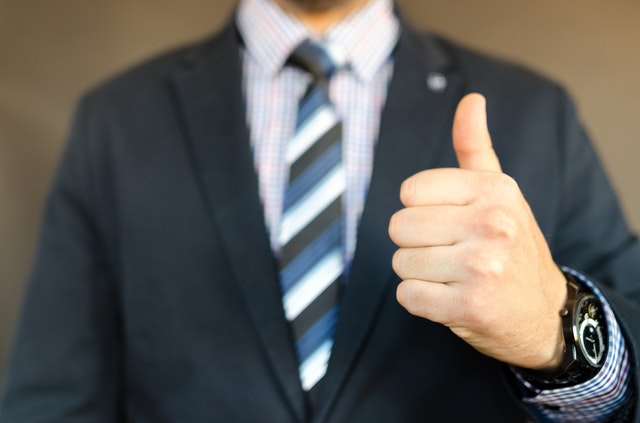 TRON Independence Day is June 25th and is considered by many to be the biggest blockchain event of the year. Already a great day for all TRON HODLers, Justin Sun has also announced yet another event that is scheduled for the “post-Independence Day” era.

Apparently, with June 26th, only a day after officially entering the new phase with TRX, TRON will be organizing the election for Super Representatives where the total of 27 representatives will be chosen for these positions.

As presented by Justin Sun and team TRX, one of the candidates that will participate in the SR Election is Odyssey (OCN).

Prior to the scheduled SR Election that should take place for the first time on June 26th, team TRX on the head with Justin Sun has announced that they will be having a massive burn of TRX units, while Justin Sun added that the initial coin burn will be the “greatest amount of money in the human history ever to be burned to celebrate a historical moment (Independence Day for TRON)”.

With this announcement, there will be 1 billion TRX burnt within this event, which is equal to 50 million USD.

The coin burn will consequently increase the value of the remaining coins, as after each coin burn, the market capitalization that was previously marked, sticks with the remaining circulating coins for a while.

However, to get back to the point of the story, only one day after the official proclamation of the Independence Day for TRON, the TRX community will be choosing the total of 27 Super Representatives with the first day of election starting on the mentioned date.

The group of the 27 SR will be representing all TRX users, holders and investors and users, while these members will play a crucial role in the further development of TRON network and main net.

As it has been previously stated in the official release from team TRON, anyone can apply to become a super representative and participate the election, while Justin Sun called out to all TRX holders to apply and vote for their favorite super representative that way assuring their Super Representatives taking their spot among the 27 of total SRs that are to be chosen for this role.

Justin Sun added that he will also be participating in the voting process starting from June 26th, stating that the stage Exodus will be ending with the SR election, while Odyssey is to follow up shortly after the 27 SR has been elected by the TRX holders and investors.

TRON and the Role of Super Representatives

The team representatives have stated that over 65 billion TRX will be joining the election of the super representatives for TRX network, while Justin Sun added that these SRs will play an integral part in the further life of the TRON network alongside with the further development of the upcoming stage Odyssey.

The awarded TRX units will be distributed by TRON protocol that is set to award 32 TRX per every generated block, while there will be one block generated per single second.

As far as the role of the Super Representatives concerned, the TRX SRs will be working on providing the needed validation as well as the calculation for the network, while representing the community of millions of TRX users from across 100 different countries around the world.

The governance of the network will also belong to the 27 elected SRs, that way placing TRX currency as a highlight of the development of the network, alongside with presenting the will of the community members, that way making sure that crucial operations in the team TRX are transparent and in accordance with the need of TRON holders.

In general, 27 Super Representatives are to become the official guardians of the network, while working on bookkeeping, generating blocks, and other crucial operations that have the goal of creating a self-governing community while entering the next stage of development for TRON.

Odyssey (OCN) Appears as a Candidate for TRON SR Election

Odyssey has gone forward with announcing their candidacy for TRX SR election already back in April, with an official announcement being released on Medium on April 17th.

On this occasion, OCN team has stated that OCN is aiming at joining TRX by becoming an SR in order to create a “truly decentralized internet”.

Odyssey (OCN) already makes a strategic partner for TRON, so Justin Sun also introduced Odyssey as one of the SR election candidates.

Given the fact that OCN and TRX already share the same goals regarding the blockchain development, this blockchain project seems to have solid chances of taking one of the 27 spots that are reserved for TRX Super Representatives.

However, the votes of the TRX community will show whether OCN will be joining the SR team at end of the election, as “every TRX counts”.

TRX seems to have pushed IOTA down to the spot number 10, while now taking the spot of the 9th best coin in accordance with the global coin ranking list while having 2.8 billion dollars in its market cap.

However, although TRX is seen going up against ETH and BTC on June 23rd, only several days prior to Independence Day for TRON and the announced SR election, TRX is still going down against the dollar with the latest market trend, although the marked drop for today’s date seems to be lower in oppose to its crypto peers.

Bitcoin is crashing but Analysts Predict a Rebound; here is why