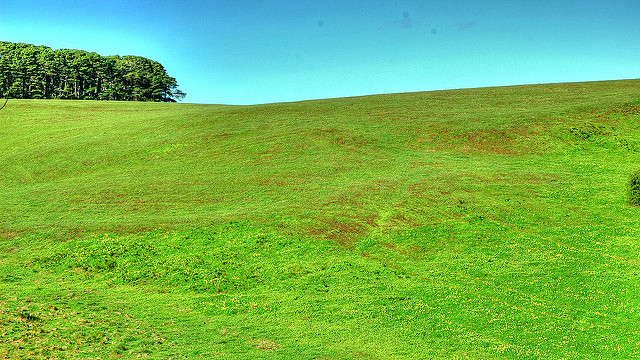 The current cryptocurrency slump has made investors rethink their investment theories and look out for flaws in their portfolio. As Bitcoin does not seem to improve its current position, altcoin markets suffer greatly. Many vital projects have gone through a transitional phase since the Bitcoin dip started. Some of these projects are constantly being monitored for any flaws and scans but there isn’t only blood on the cryptocurrency markets today. Some altcoins are brave enough to make a reversal in the present situation and support its investors. Such altcoins are EOS and Litecoin. Both of these cryptocurrencies are ranked among the top 6 largest cryptocurrencies of the world (according to CoinMarketCap).

In this article, we shall discuss further the potential each of these cryptos has inside themselves to change the course of markets once the Bulls are set in place.

Known as the most successful ICOs ever (raising $4 billion in one year). Even before entering the crypto markets, it challenged the DApp giant ‘Ethereum’ to become the first choice of developers creating smart contracts using EOS. The Co-Founder of EOS, Dan Larimer shares his belief that one-day blockchain might get a foothold in the banking sector. The founding company Block.one envisions EOS will find its way in various industries.

In a recent video published by EOS team, such as Daniel Larimer, Bart Wyatt and Brendan Blumer (CEO of Block.one) can be seen commenting on the future of EOS and its technology being accepted everywhere by everyone. But the recent account freezing orders sent to the EOS block producers has stirred negative sentiments throughout the cryptocurrency markets. As a decentralized blockchain-based project, EOS platform and its EOS constitution are being blamed for centralized operations. That’s the main reason why EOS individual price is approximate, $7.55 which is going south at the rate of -7.28% according to the data on CoinMarketCap at the time of writing. But according to the latest buzz, it seems as though Larimer is indicating an upcoming amendment in the EOS constitution which would put all rumors about EOS being centralized to rest once and for all.

The way things look may seem as though EOS will have a hard time before recovery but given its previous records and its plan to dethrone Ethereum we can say that once EOS markets start retracing its steps back, bullish signals would make investors recover most of their investment back in no time.

What does Litecoin have Up Its Sleeve?

The news coming from St. Louis also helped Litecoin markets take a breather from the present price slump. The Federal Reserve Bank of St. Louis has recently announced to add four largest cryptocurrencies of the world which are Bitcoin, Bitcoin Cash, Ethereum and Litecoin to its database. To cryptocurrency enthusiasts and investors, this came out as a great opportunity to make a strong position in the abovementioned cryptos. The database used by St. Louis bank is commonly known as FRED which stands for Federal Reserve Economic Data and it is going to be fed data regarding crypto prices from world’s one of the biggest and most influential crypto exchange ‘Coinbase’. The purpose of this would be to keep economic researchers aware of the price points, sentiments and other important data which causes crypto market’s movements.

Even if the two widely famous crypto projects, EOS and Litecoin are currently giving red signals but the crypto slump and Bitcoin’s decreasing prices haven’t shaken their enormous market capital and reputation within their communities. Litecoin is currently being traded at $76.51 approximately while its market capital rests at $4.373 billion. Around $258 million worth of Litecoin has exchanged hands within the past 24 hours. Whereas in case of EOS, the total market capitalization has reached to $6.762 billion overtaking Litecoin, all thanks to its successful Mainnet release and dedicated community.

There is no point in denying the fact that cryptocurrency markets are experiencing a harsh situation where Bitcoin can’t seem to make a recovery enabling altcoins to rise beyond expectations and surmounting lots of profits. But, it’s also a fact that there has been such Bitcoin price dip in the past as well, which was followed by a bull breakout and this is causing FOMO among investors. Nobody wants to lose this opportunity by not making their move when the prices of top 10 cryptos are low. Although, it remains to see how Litecoin and EOS start their countermeasures and proceed to grab the first spot once the market gets bullish.

Zilliqa (ZIL): In Anticipation of the Test Net 2.0 Release

How Recent NEM Updates Will Impact Its Future