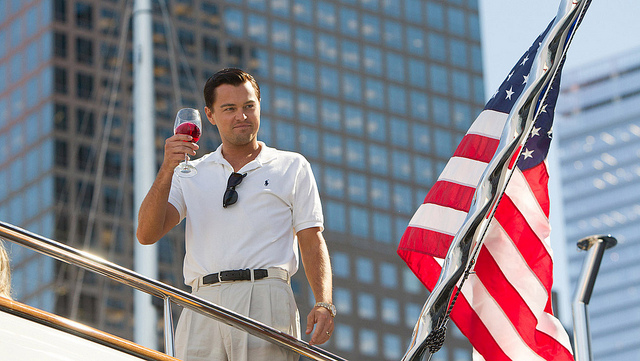 Jordan Belfort, also known as the Wolf of Wall Street, continues to speak against Bitcoin (BTC) and altcoins, this time on Facebook. He believes that Bitcoin’s death is about to come and that all signs indicate that the crypto era will end soon.

Wolf of Wall Street vs Bitcoin

Cryptocurrencies have had a lot of ups and downs throughout the last decade, but the situation was never as bad as it is now. Right, when cryptocurrencies became big and popular, the market became very crypto-unfriendly, and they have struggled to reach stability ever since. According to Jordan Belfort, also known as the Wolf of Wall Street, this is no accident or coincidence.

Belfort did not exactly hide his negative opinion and skepticism of cryptocurrencies and has spoken against them, primarily Bitcoin, on several occasions. He did so again quite recently, this time on Facebook, where he confirmed his stance once again.

What’s more, he predicts that Bitcoin will soon completely die out and that the time of cryptos may come to an end. According to his claims, this will happen because the crypto market is about to “run out of fools”, which is a nod to the “greater fools theory” that he mentioned later in the statement. According to the theory, the high price of securities is justified by buyers because they believe that someone else will pay even more to get them.

Bitcoin will crash and burn

Belfort then compared the current situation with the economic crisis that hit the world in 2008. Still, he openly admits that he never owned crypts and that he doesn’t plan to do so now, or ever. At some point, he claimed to have had real hope for Bitcoin and cryptos that are to serve as digital currencies. However, many of them pushed that to the second place on their priority list. Now, the prices are going extremely high only to drop extremely low.

According to him, such high prices are there to attract new and inexperienced investors who would then invest in cryptos, only to lose all of their money once the market drops again. He believes that Bitcoin’s price that went up to $20,000 at the end of 2017 confirms this and that the market is about to crash like never before. The result will be Bitcoin and other cryptos reaching $0, and staying there.

There is no denying the fact that Belfort is an experienced and capable investor, and he did not earn the nickname ‘Wolf of Wall Street’ by accident. In fact, many crypto enthusiasts are quick to remind everyone that the other thing Belfort is known for is misleading investors for his own benefit. He even went to jail for that exact reason, so not everything that he says should be taken as true.

Of course, the fact is that Belfort is not the only one who believes that cryptos do not have any real value or potential. There are many successful people and even experts who believe so as well. Alibaba’s Jack Ma and Microsoft’s Bill Gates are only two of the many who think the same as Belfort. Interesting thing is that all of them, the Wolf of Wall Street included, believe that the blockchain technology actually does have a future, despite the fact that it is closely connected to cryptocurrencies.

The truth is that cryptos were capable of holding their own for almost a decade now. There have been plenty of opportunities to kill of Bitcoin, but Bitcoin is still around and HODLing its own at prices above $6k.

Circle Keeps Getting Investors Despite the Bitcoin Bear Market