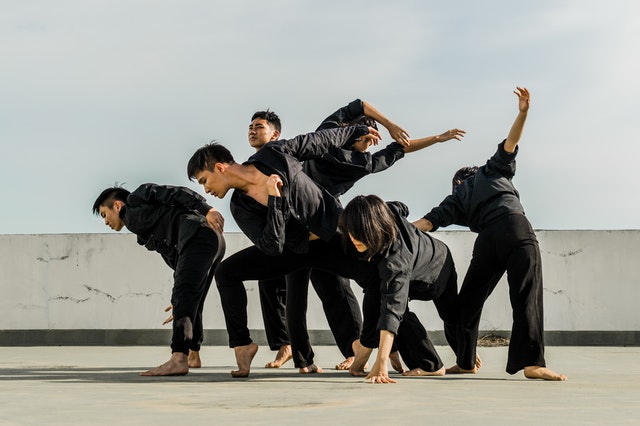 It would appear as though the entire cryptocurrency space is reacting to recent news suggesting another denial by regulators of a Bitcoin ETF.

Unquestionably, this is impactful news, but it should hardly be seen as entirely unexpected, and therefore may be having an effect on crypto charts that represents an opportunity in the making.

So let’s turn to the charts. We’re going to focus here on XRP and Bitcoin Cash (BCH), and attempt to read the tea leaves as we explore this narrative. 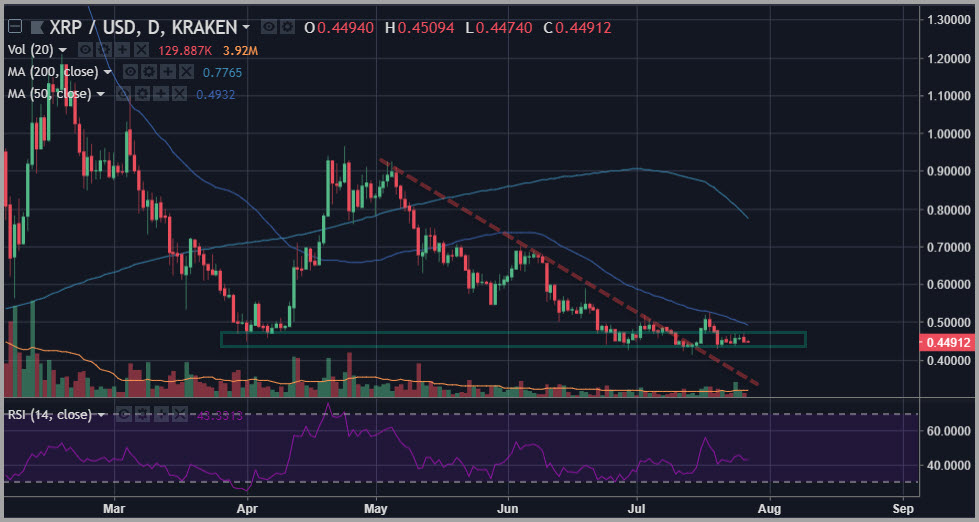 We continue to see XRP as locked in a knock-down-drag-out fight with the $0.50 level. But before it’s able to land a punch, it needs to cleanly surmount the $0.48 level, which hasn’t happened in nearly a week.

What we do see in recent action is a series of higher lows perhaps coiling up under that level with the potential for a sharp breakout that could bring the coin back up to test the $0.52 level in short order if the bidding feeds on itself once the level is taken out.

Technical analysts often refer to concepts such as this. It represents chart behavior that shows something of the underlying emotion built into the chart and the population of traders most heavily focused on it.

After all, a chart is nothing but a record of highly important decisions by a crowd of people.

In the case of XRP, there is a tremendous amount of emotion built into this chart, and the move above a key level at this point could unleash that emotion and drive the action in a self-reinforcing feedback loop, making this a potentially powerful setup at present. 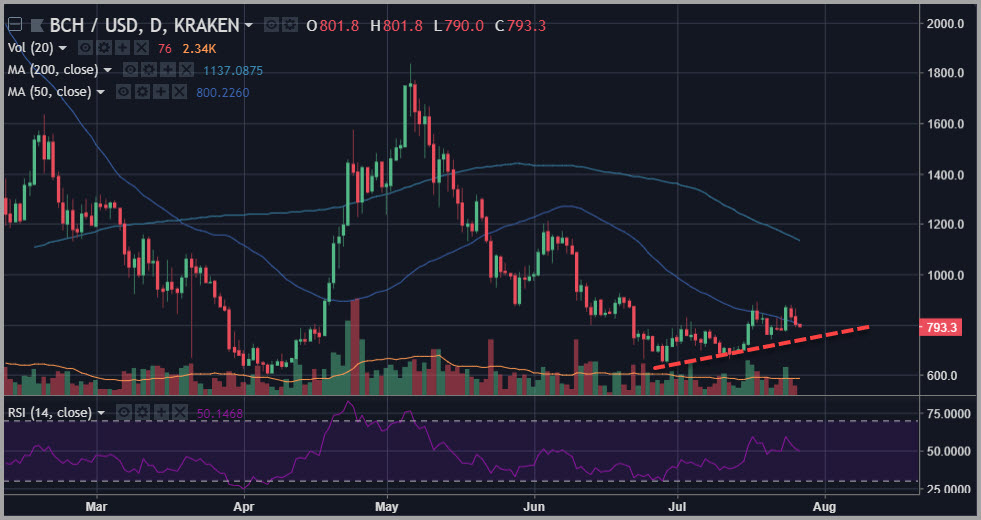 Bitcoin Cash (BCH) has put together a series of rising low pivot points over the last two weeks that have begun to bunch up underneath the $800 level in a potentially important fashion.

While the very short term candlestick pattern has shown us a slightly bearish lean in BCH, if you step up one time frame, you will find that the trendline defining recent lows over the past several weeks is a far more important indication.

A flat top to a pattern that has shown rising lows underneath it creates a sense of something coming to a head.

If we see BCH get itself back above the $800 level, we could be in for some fireworks.