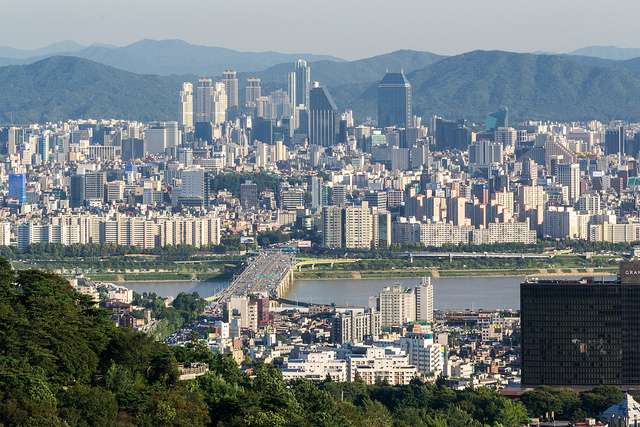 Aelf makes up for one of the rare currencies currently circulating the market that managed to provide almost majestic performance regarding the ELF marketing campaign ELF conducted. While implementing candy reward system and working on releasing its Main Net, Aelf seems to be trending up compared to other currencies in the last week. That is why it is no wonder that we see this token going up and trading in the green when the majority of currencies are going down with the market wave. With the latest news about getting listed on yet another exchange market, Aelf is coming off stronger with great plans for the future. Let’s see what Aelf has been doing these days as well as what this token has been up to for the future plans.

Aelf Gets Listed on Bithumb

You surely know that Bithumb is one of the biggest, most popular market exchanges for cryptocurrencies in South Korea. Being the second-biggest exchange in South Korea, getting listed on Bithumb can surely increase the visibility of a listed coin, so getting on this exchange will most certainly push a coin’s value up. That is how Aelf tokens are also rising up while experiencing positive changes in the price.

With getting listed on Bithumb, which is at the same time the seventh-biggest exchange market in the world of cryptocurrencies, Aelf has respectfully increased its visibility among South Korean investors, which is the main reason why Aelf is trading in the green with constant gains for quite some time now.

Zhuling Chen, the co-founder of ELF stated during this occasion that Aelf is one of the first coins originally coming from Singapore to be listed on one of the greatest exchanges in Korea and one of the biggest markets in the world when observed from the point of market capitalization and trading volumes.

Chen added further on this matter that Aelf’s main objective has aligned with the objective behind Bithumb as a South Korean exchange, where both of these foundations have planned on making the presence and adoption of blockchain technology and digital assets more stably established in oppose to the real-life usage of digital assets.

Aelf still has, as its main goal, a plan to become the biggest cloud computing decentralized platform that would in many ways contribute to the expansion of blockchain technology and digital assets, where cryptocurrencies could find an applicable usage in real-life operations as well. For now, ELF seems to be doing more than just well.

With having increased visibility and accessibility, Aelf is now more available and more interesting to investors around the globe and in South Korea, which is one of the countries that is probably the most involved in the expansion and development of blockchain technology and digital assets.

That means that Aelf is now experiencing increased trading volumes as well as increased market demand, which altogether affects its price by pushing ELF’s value up against the dollar.

With getting listed on Bithumb, Aelf and the team behind this token has managed to establish a more favorable and stronger reputation for ELF, especially given the fact that Bithumb and ELF share the idea of having digital assets find mass adoption around the globe. However, Bithumb is starting from South Korea, given the fact that this exchange market is located there, and Aelf seems to be joining Bithumb in this goal.

Bithumb has been acquiring some very interesting partnerships in Korea, of which can be said to have the ability to aid in the cause that Bithumb and Aelf are now sharing.

It is rumored that ELF is acquiring a couple of important South Korean partnerships as well, which should make it even stronger thanks to ELF’s smart strategic moves.

After getting listed on Bithumb, Aelf seems to have unlocked more than just several new opportunities as it got listed on another Korean exchange, called GOPAX, along with partnering up with Hashed, which is the biggest fund for digital assets in South Korea. It seems that Aelf is slowly but steadily going up while establishing its authority in South Korea, which is needless to say, a fantastic strategic move.

Aelf seems to be doing more than well for quite some time now. ELF started off smartly with a candy system that served the purpose of rewarding ELF users during the campaign that lasted for a couple of weeks. On this occasion, users could get an opportunity to earn ELF tokens through rewards, while ELF got an opportunity to get its value pushed up in the market, which was the exact case.

Aelf marked its all-time high in January when it was traded at the price of 2.55$ and going towards 3$. At the current moment, ELF can be purchased at the price of 1.02$, which is pretty close to its record price.

In case Aelf continues to thrive at this pace of growth, this digital asset could potentially get back to its all-time high in the course of several weeks.

We will be updating our subscribers as soon as we know more. For the latest on ELF, sign up for our free newsletter!

Ripple is more likely to convince crypto detractors than even Bitcoin