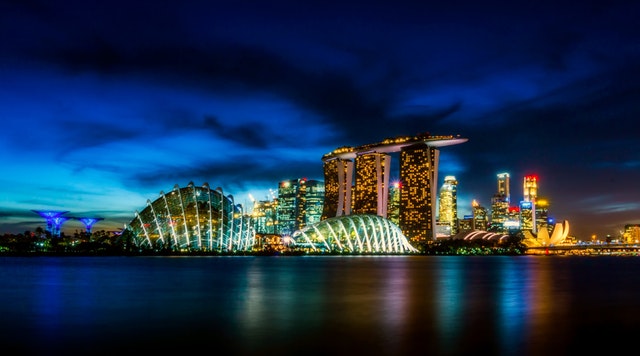 Aelf has been doing more than well lately as this currency managed to break through the value of 1$ per one unit while managing to break through this price and head towards acquiring 2$ per one ELF unit. However, that is not the hottest topic revolving around this currency. Aelf just started to work on getting blockchain technology massively adopted for business purposes while joining the Innovation Alliance. Let’s see what Innovation Alliance stands for and what role does Aelf have in the story of the mass adoption of blockchain technologies.

Aelf and the Innovation Alliance

Aelf tweeted yesterday on May 3rd about having the Innovation Alliance Signing Ceremony held in Singapore together with several foundations and companies that have agreed to become a part of the alliance that is set to move blockchain-based technology towards the next step in its development stage. That means that the Innovation Alliance will be working for the cause of having crypto assets massively adopted in the sense of presenting the blockchain technology as easily adaptable to the mainstream market.

Besides from Aelf, that started this alliance on the head with Zhuling Chen, the Innovation Alliance will be joined by FBG Capital, which is a massive hedge fund in the area of blockchain industry, Signum Capital, which is the most important and possibly the most valuable blockchain fund in Singapore, Huobi Labs, and Michael Arrington, who is the founder of TechCrunch.

With all these companies on Aelf’s side, the Innovation Alliance has officially started with the signing ceremony in Singapore.

Zhuling Chen, the CEO and founder of Aelf next generation blockchain platform, stated on this matter that the Alliance will be aiming at drawing in small business owners as well as big companies alike in order to incorporate the blockchain industry into the traditional way of doing business.

In order to support the idea of having companies and business owners accepting blockchain technology, which would consequently lead to the mass adoption of blockchain as well, Aelf and the Innovation Alliance will provide all the resources needed for the project.

With these resources and professional support and advice, business owners will be able to learn more about blockchain technology including the learning how they can easily incorporate blockchain into their business.

The resources will be provided to the industries of gaming, supply chain and banking, which means that the multi-billion worth of industries should be covered with the resources provided by Aelf and the Innovation Alliance.

The official release on this matter stated that the role of ELF team in this Alliance would be supported in a way that Aelf’s platform would represent the Central Business District that would make up as a support for all business owners interested in incorporating blockchain technology into their business ventures. Along with support from the platform, all interested business owners will be able to operate their business apps on top of Aelf’s own chains.

This is a massive step for Aelf and the blockchain industry, however, there is a lot of work to be done before Aelf and the Innovation Alliance is able to achieve the goal they have set.

Aelf has been doing an amazing job for more than a week as this currency has been trading in the green for a prolonged time. During its massive rebound, EFL even managed to break through the value of 1$ per one ELF unit, going towards achieving 2$ per one Aelf token.

However, in the last 24 hours, ELF has had a drop in its price which made it trade in the red against the dollar while its value consequently dropped. Perhaps, ELF holders wanted to cash in on the latest gains, so they decided to sell a portion of their units.

That is how Aelf is currently dropping at the rate of -5.13% against the dollar while trading in the red.

Aelf is also dropping against BTC by over 10%, while it is going down against ETH for over 14% against this cryptocurrency, which means that Ethereum and Bitcoin are doing more than well when compared to the current situation in the market for ELF.

Stellar Lumens Rally Towards the Beginning of Q2