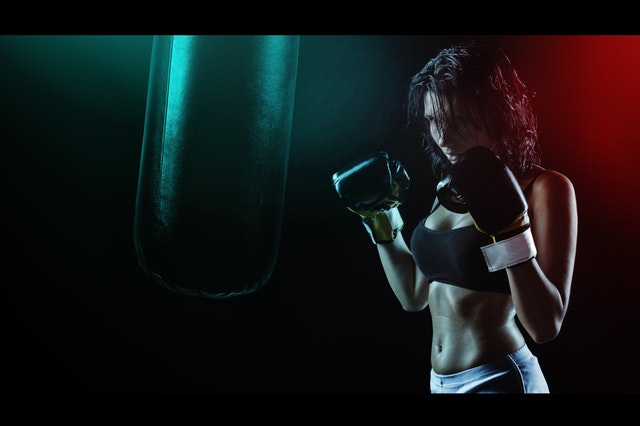 Back in May, we brought readers of Global Coin Report to the attention (no pun intended) to both Basic Attention (BAT) as well as BitShares (BTS). While neither ‘Triggered’ for possible entry at the time, both subsequently took the southbound train lower with the entire cryptocurrency market.

To refresh reader’s memory, Basic Attention is an open-source, decentralized digital advertising platform based on Ethereum (ETH). BAT held its ICO over a year ago on May 31, 2017, raising approximately $35M in less than 30 seconds, no small feat. The Token itself is designed to correctly value and price user attention within the platform.

With respect to BitShares, BTS is an open-source, public blockchain-based, real-time financial platform. It provides a decentralized asset exchange similar to the NYSE, but for cryptocurrencies and without the need to trust a central authority to handle all the funds that facilitate trading using an international network of computers, in which anyone can take part.

According to the developers, the platform is capable of processing 100,000 transactions per second (tps) and even more with minimal optimization. For comparison, Visa (NYSE: V), one of the largest financial providers in the world, handles, on average, 2,000 tps with a maximum capacity of 24,000 tps.

That being said, let’s revisit both BAT and BTS to see what the technical picture may be portraying at this time via the charts below: 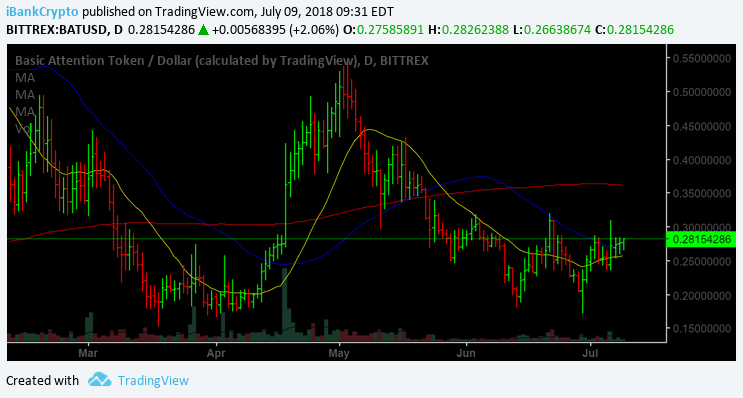 As we can observe from the daily chart above, BAT rode the slippery slope lower since our mention in May after a non-trigger, thus, no trade was taken at that particular time.

However, we can also see that BAT appears to be stabilizing at present and currently finds itself trading above both its 20 (yellow line) and 50 (blue line) day simple moving averages, which depicts a favorable short and intermediate-term technical posture. Although BAT remains below its 200 (red line) SMA and requires further work, we’re beginning to see some signs of technical health with BAT residing above both its 20 and 50 SMA’s in a challenging tape/market.

Thus, moving forward, both investors/traders may want to utilize the following levels as a guide for further evidence/clues with respect to direction.

If, at any time in the days/weeks ahead, BAT is capable of clearing the .30 and perhaps more importantly, the .32 hurdles, such action, should it materialize, would likely signal that a move up and into its 200 SMA (and possibly beyond), presently at .36, becomes a viable objective.

On the flip-side, both investors/traders may want to utilize the .23 figure as a primary level of trade support with the .20 figure offering a secondary level of potential support. 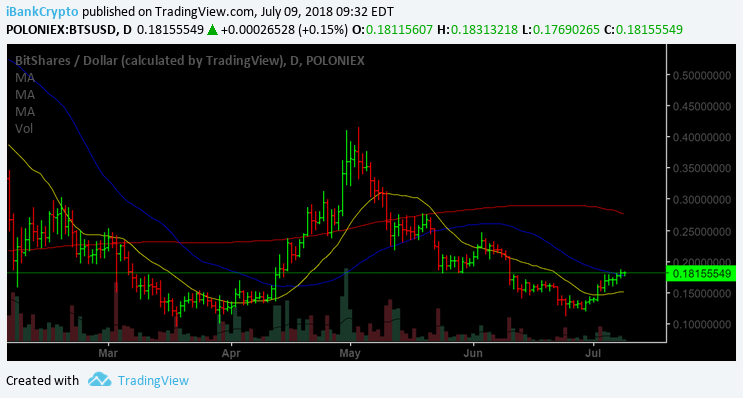 When viewing the action of BTS above, we can see that like BAT, BitShares is also trading above both its 20 and 50 SMA’s, yet below its 200 day moving average as well with further work required.

However, BTS also appears to be putting in an inverted H&S pattern and although its has yet to ‘Pop’ thus far, such action requires the attention of both investors/traders as we suspect that should volume start to come into the name, we may just witness a replay of our recent DGB run for the roses which have produced a fantastic 84% (thus far) in a week’s time.

Therefore, moving forward, if, at any time in the days ahead, BTS can go top-side of the .20 level, such development, should it materialize, would likely set the stage for a move up into the .27 area where we find its 200 day SMA and possibly into the .32 – .33 zone.

With respect to the potential support, both investors and particularly Traders may want to utilize the .15 level as your line in the sand with the .12-.13 zone acting as potential longer-term support.

Nevertheless, both investors/traders may want to put both BAT and BTS on their radars for further monitoring as we believe that both require attention at this particular juncture.

Finally, for those who were/remain involved in our recent initiation of DigiByte (DGB) last week, which has had a remarkable 84% run this past week, Congratulations and you may want to trail a Stop to protect trading profits at this time.