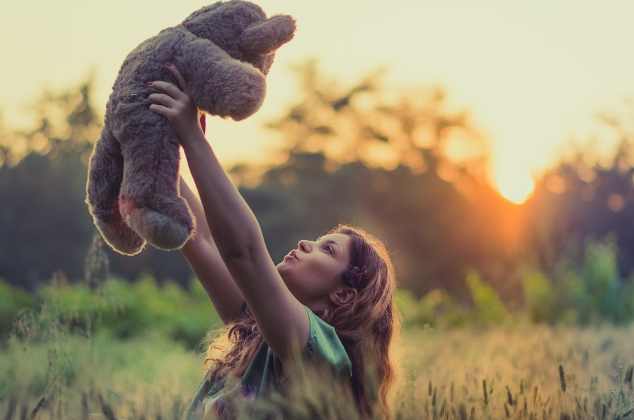 I write this as Wednesday; August 15th just comes in. If you haven’t heard about it yet (which we highly doubt) the whole crypto market had an epic crash that saw almost every coin lose a lot of value.

Crypto skeptics and haters had a field day posting ‘I told you‘ in every forum they could, and the mainstream press had its fun as well. After the debacle, Rippe’s XRP, Tron (TRX) and Cardano’s ADA are recovering some ground already, but some of the coins are still trading in the red.

So what shall we say to the prophets of doom that have been trying to spread hysteria and FUD around ever since Bitcoin went live nine years ago? Simple: this is a blessing in disguise.

The cryptocurrency market has been under the influence of a bearish trend since Bitcoin peaked last December 17th. It’s been either slow or going down all year even though so many great blockchain projects have made insane amounts of progress.

Bearish runs are not a bug of any market; they’re a feature. And they’re not tragic (more on that later), they’re merely a stage in a cyclical process that always has alternated between bears and bulls, and that will keep oscillating between both processes as long as free markets exist.

The current crypto bearish run has been long, but before it can finish, it has to bottom out. That’s just the nature of the beast so, in that sense, a drop as till yesterday’s is a sign that we’re getting ever so close to the inflection point in which the new bullish run for cryptos like Bitcoin, Ripple’s XRP, Cardano, and others will start.

What causes a bearish trend

The main reason behind any bullish run in any market is irrationality. It happens when ignorant or impulsive speculators take over the trade from real experts. They go by perception and fear thus creating speculative pressure. Competent investors, on the other hand, can detect value and avoid speculation instead of reacting to irrelevant news or appearances. That’s what’s happening right now.

Is it bad? No, it isn’t. However, It’s not good either. It’s just the way things go. Sooner or later a bullish run will arrive and, after that one, another bearish trend might follow.

How worried should you be as a crypto aficionado or as a HODLer of Ripple’s XRP, Cardano, Bitcoin or any other crypto that has a real vision behind it? Not that much. At this point in the time, the market is suffering as a whole, every asset has been going steadily down for months, and there’s just no point in wasting energy in worrying about it.

If you are holding Bitcoin, or Litecoin, or whatever digital coin of your choice, it’s been losing value since last December. But every other single currency has gone down as well. If you were holding any given asset that is losing value at a time when most other coins are rising in price, that is the time to worry, and that’s not what’s going on lately.

The thing that matters now is that prices are low and that affords us all the chance to buy at low prices and then sit back and wait until the next bullish run comes around while we plan on buying a yacht.

The current one, in particular, could be the opportunity of a lifetime as many really useful and exciting blockchain projects such as Cardano, Tron, Stellar Lumens are very young yet, they cost cents per token, and will never be so cheap again. Even Ripple which has been around for years is fluctuating in the forty cents mark.

One last thing: it’s a very well established fact in market analysis that new bullish runs arriving after a bearish run take the market to levels higher than those of the previous bullish run. Good news is on the way. It’s a time for rationality, patience, intelligence, discipline and, above all, to buy cheap.

FUD to perish, Ripple’s XRP is an excellent long-term investment, here’s why