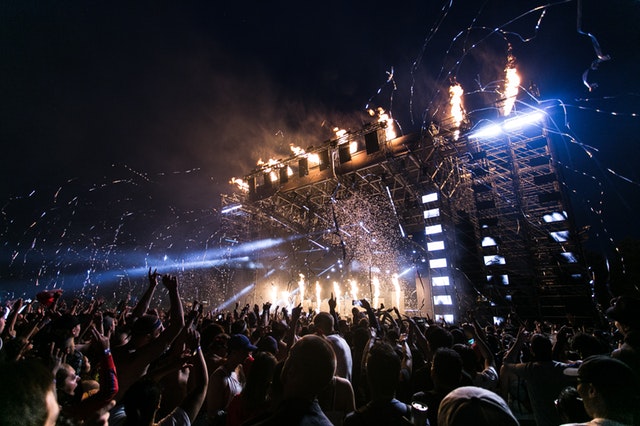 After years of low activity, during which cryptocurrencies were only ever talked about among developers and early investors, cryptocurrencies exploded in 2017. A large surge in prices has made them a new trend, which inspired thousands of new investors to join the crypto space.

Among them, there were even numerous celebrities who joined the trend in one way or another. While some of them may only be crypto enthusiasts, many have become investors with a firm belief that Bitcoin and some of the altcoins are the future. And, while the crypto world did experience a market crash only a few weeks after reaching its all-time high — this has not discouraged new investors from joining the space.

Thanks to its popularity, cryptocurrencies are still on their way to enter the mainstream, and numerous celebrities remain firm supporters even to this day. Here is a look at some of the best-known celebrity crypto supporters and investors, some of which may even own millions in crypto.

While Ashton Kutcher managed to create quite a reputation thanks to many roles he played on the screen, the actor also seems to have a talent for business. It might be safe to say that no one expected him to become a large businessman with influence in numerous fields, including being a UN ambassador against human trafficking. His influence does not stop there, however, as Kutcher also started an investment firm called A-Grade in 2010.

Since then, he has invested UnikoinGold which is quite popular when it comes to betting on online games, such as Dota 2, League of Legends, Counter-Strike: Global Offensive, and others. Over the years, Kutcher was also interested in Ethereum and other coins, and he even invested in large companies such as Airbnb, BitPay, Uber, Unikrn, and alike. Today, it is speculated that the actor owns a lot in digital currency, although it is unknown which coins he may have chosen, or the exact amount that he invested.

Mike Tyson has managed to do a lot of things in his life, including making a fortune, losing it, and even acting in several movies. A few years ago, however, he became interested in Bitcoin, which has inspired him to start collaborating Bitcoin ATM companies. Tyson was known in the crypto world for being there when the first ever Bitcoin ATM was installed.

He was quite a vocal crypto supporter ever since 2015 when he also launched his own Bitcoin ATM system. Furthermore, he created a Bitcoin Wallet which, just like his ATMs, uses his face tattoo as a brand. It is likely that Tyson is still quite a supporter even though the prices are down.

Gwyneth Paltrow is a talented actress, without a doubt. However, she is also quite well-known for her entrepreneurship, especially when it comes to her own lifestyle brand called Goop. Even so, her connection to the business world does not end there, and Paltrow received a lot of attention when she became a crypto advocate and a representative of a Bitcoin wallet Abra. Thanks to her expertise, she even became an advisor in the company in mid-2017. Paltrow is definitely one of the crypto supporters and investors that have made all the right calls, and managed to avoid pitfalls such as shady projects.

While Bill Gates seemingly lost his enthusiasm regarding cryptocurrencies these days, he seemed to be quite a supporter several years ago. In 2014, Gates praised Bitcoin, even stating that it is much better than fiat currencies since it is easier to handle large transactions via digital currencies. The fact that digital money does not have to be physically in the same place as its owner was also one of the many benefits that he saw in cryptocurrencies.

However, as mentioned, in recent periods, Gates may have lost his enthusiasm regarding the coins. Even so, many are speculating that he may have invested a significant amount into crypto, which he may still own.

John McAfee has been a part of so many businesses, trends, companies, and even some controversies, that it is difficult to find a person with a more colorful life than his own. He also became one of the most bullish and most vocal Bitcoin supporters, claiming that BTC will hit $500,000 by 2020. While many have questioned such statements, McAfee still remains a respected figure and quite a celebrity, especially these days, when he is planning his second attempt at a presidential run.

While it is uncertain how much has McAfee invested in Bitcoin, and how many coins does he own — he is definitely an experienced businessman, developer, and cryptoanalyst.