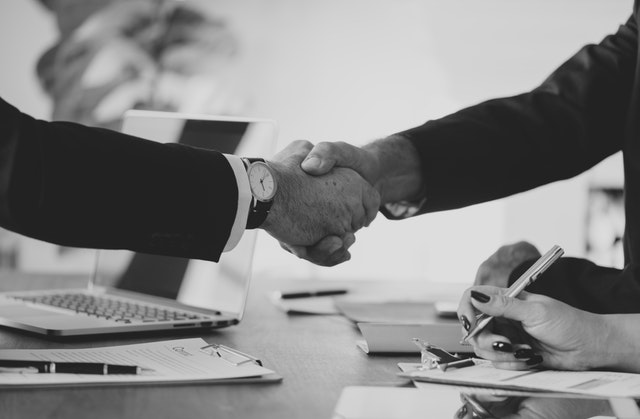 Civic, although ranked below the top 100 list, has become known as one of the digital assets that aim to democratize blockchain technology and crypto-based transactions. That is because, although without a price that matches its potential, CVC is finding a way to make blockchain technology more accessible for individuals who are not particularly tech-savvy.

CVC represents a coin with a great potential. Some of that potential was spotted in the unique features of CVC revolving around identity services that are thought to be highly unique and extremely functional. That is how Civic just got closer to democratizing blockchain technology as it acquired a brand new partnership that can be deemed as a potential booster for CVC in the following months.

Although seemingly just another partnership in the line of several that CVC has acquired during the past few months, Enkidu represents more than just a partner. Besides from sharing the same idea with Civic, being a blockchain based platform, Enkidu is based on collaboration while the main objective of their technology is to bring people together.

Civic has a similar idea, as it wants to democratize blockchain technology, bringing people closer while making blockchain understandable and global payments fast and safe.

One of the main goals behind the team CVC ideology is to have blockchain based payments integrated into social networks, that way making blockchain technology closer to masses while being more available and easily attainable.

Besides from working on democratizing blockchain technology, CVC is known for some unique identity features, which is the exact thing that brought Enkidu to Civic, that way enabling these two foundations to start a promising collaboration.

The main objective of the project Enkidu is to enable smooth business collaboration that would include payment and team split, that way solving common collaboration problems that often appear in business.

Enkidu claims that their blockchain platform will revolutionize the way the companies are collaborating.

However, in order to do so, Enkidu will have to work on some improvements first and that is how CVC came into the game.

Apparently, Enkidu has some issues with providing a foundation for their idea, so their project is unable to see any sign of progress as there is generally a lack of trust and the feeling of safety on the platform, considering the fact that users are not offered appropriate solutions.

KYC the Key to Partnership with Civic

Some of the common problems that Enkidu was having troubles with was setting up joint accounts, ID verifications, and small projects turn out to be very expensive with their collaborative model. Enkidu then turned to blockchain technology, but still their registration process while creating your company with Enkidu is still said to be pretty much repetitive and unnecessarily lengthy, which affected the trust of their users as a consequence.

That is how Enkidu decided to provide their users and all potential clients with a trustworthy solution, and as CVC had a perfect solution, Enkidu will be using their KYC features in order to improve their services and provide better user-end experience.

Civic mobile application will be able to secure data as well as securing Enkidu users by creating a safe ecosystem with biometric sensor features all backed up with distributed ledger technology which will consequently diminish the need for re-importing data and personal info of Enkidu users.

The new KYC service features will then consequently make creating a company with Enkidu less repetitive and more convenient for interested clients, which was all brought by Civic/Enkidu partnership.

The CEO of Enkidu added that civic makes up for a perfect partner given the fact that the new KYC services make up for a reusable solution that will successfully establish a secure environment for Enkidu platform, that way enabling the further progress of collaborative solutions and blockchain networks.

With providing security for Enkidu platform, Civic’s CEO didn’t lack praise for Enkidu, stating that they are happy to announce the initial partnership. The CEO of CVC also added that Enkidu makes up for a promising blockchain project in more than several areas, that including smarty contracts.

He concluded his statement by adding that as one of the promising smart contract platforms Civic is happy to become a crucial part of security on Enkidu platform, as KYC makes up for a very important factor when it comes to smart contract adoption.

Can Ripple (XRP) Save $16.5 Billion for Financial Institutions?