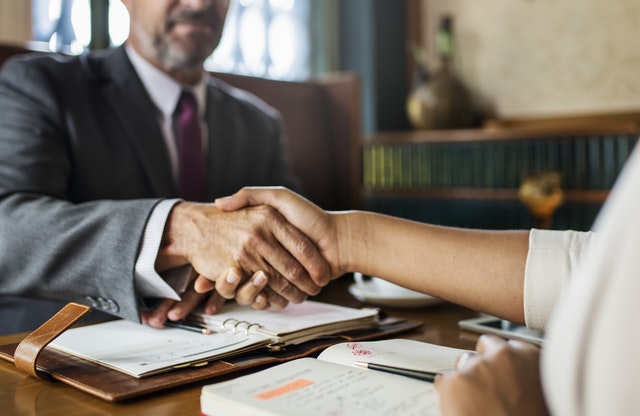 VeChain seems to be going full steam while its current development stage is focused on the launching of the VeChain Thor platform.

VeChain Thor test net was released to the public on June 14th, while it is expected to have the testing all done and wrapped up by the end of the following month, after which we will get to see the VeChain Thor platform in its full operational power.

VeChain has once again gotten into the spotlight with the latest announcement the VeChain foundation has made via their twitter, stating that they have acquired a perfect partner for VeChain Thor when it comes to making an infrastructure partner.

VeChain foundation has announced via their official Twitter account that they have just acquired a crucial partner for the infrastructure of VeChain Thor.

The announcement was made on June 20th, and on this occasion, VeChain stated that they have partnered up with Esprezzo due to their Esprezzo app.

What brought Esprezzo to VeChain was the fact that their CEO attended the Blockchain Week in New York, where he was fascinated with the dedication the team VEN has shown during the conference.

Esprezzo was presented by VeChain foundation on their official release on Medium as well, where Esprezzo was described as a provider that makes designing of decentralized applications easier and simpler for developers, while enabling enterprises, foundations and individual developers to use exquisite tools for easier blockchain based construction of decentralized applications.

Esprezzo thus has the main objective of creating middleware for blockchain based operations that front-end developers could take advantage of.

VeChain presented Esprezzo application as the first “velocity toolkit” that serves the purpose of providing the needed tools for an easy and simple creation of Dapps.

According to the CEO of Esprezzo, he decided to go forward with initiating collaboration between Esprezzo and VeChain Foundation once he attended the Blockchain Week that was held in New York.

On this occasion he stated that the VEN team is one of the most dedicated and loyal communities that he has ever gotten a chance to meet, as well as stating that he hopes that Esprezzo and VeChain will together share the enthusiasm that VEN community has as well as “bring the benefits of blockchain to everyone”.

The excitement seems to go both ways, so probably due to the recent partnerships and so far successful test net of VeChain  Thor, VEN managed to pull out again, although a minor one, in the middle of the market with over 90% of the dropping assets at this point.

While VeChain Thor users will be able to take advantage of different features that Esprezzo platform is offering with this partnership, Esprezzo will have its tokens (EZPZ) where the tokens will be minted in the following weeks.

Esprezzo has pledged to have at least a single sale of EZPZ tokens organized to be sold in VET tokens, while the company also signed the agreement with VeChain foundation where they have promised to hold VET tokens, while not spending the mentioned units unless there are no other resources to be spent.

It seems that VEN foundation has made a proper choice with their “first VeChain Thor partnership” as having Esprezzo investing in VEN is the main reason while we can see VEN up at this moment even though the majority of assets started to drop in the past couple of hours.

With Esprezzo app, the users of VeChain Thor will soon be able to easily create and deploy decentralized apps thanks to the super API tools and the toolkit that Esprezzo brought to VEN with this partnership, that way creating a more functional ecosystem for developing Dapps and operating with smart contracts.

Although acquiring only a minor boost in the now dropping market, VEN is going up by 0.30% against the dollar at this moment, while surpassing ETH by over 2% at this point.

Soon to become VET, VeChain can currently be traded at the price of 3.18$ while being ranked as the 17th-best currency.

Can Litecoin Futures in the UK Boost LTC in the Market?