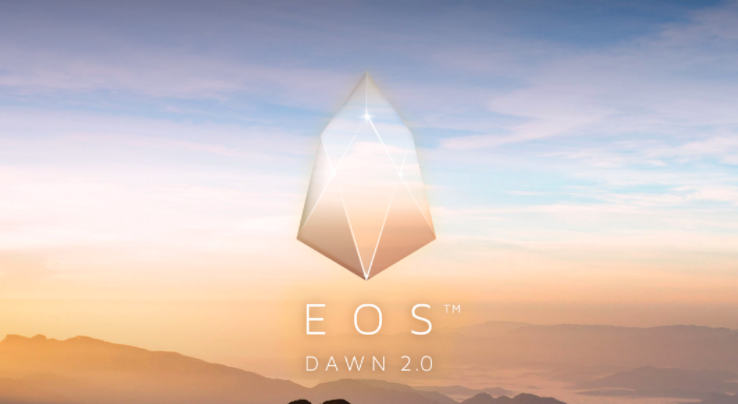 EOS (EOS) is the number nine ranked cryptocurrency by market capitalization right now, priced at $12.36 for a capitalization of a little over $7.6 billion. Over the last 24 hours, we’ve seen a large spike in volume, with the coin trading more than $2 billion across its primary exchanges since this time yesterday and looking set to reach if not exceed this number heading into the middle of this week.

Anybody who has spent a bit of time in the space will likely already be familiar with what EOS is trying to achieve – the company behind the token has developed a platform that it expects will overtake Ethereum as the primary decentralized application technology globally over the next few years.

There’s also something else we like about this one.

Take a look at the chart below.

It’s very rare that you see this sort of neat bullish setup on a cryptocurrency chart – at least, that is, on the wider time frames. In the equities markets, a chart like the above EOS chart would have shorter-term traders chomping at the bit to pick up an exposure at current depressed prices in anticipation of the coin continuing to record fresh higher highs and higher lows as part of its overarching upside trend.

Combine this with the above-mentioned volume spike and things become even more attractive.

But that’s not all.

Block.One, which is the company behind the EOS technology, just announced the creation of a fund to exclusively invest in opportunities leveraging EOS.IO software. This is the first announcement for the company’s EOS VC partnership program to stimulate EOS.IO innovation and, importantly, it comes as part of a partnership (as in the company is seeding the fund in collaboration with) TomorrowBC. Think you’ve heard that name before? You probably have. Derek Rundell, a managing partner of Eric Schmidt’s venture firm, TomorrowVentures, is the Managing Partner of TomorrowBC.

We already know that Schmidt, billionaire and Executive Chairman of Alphabet, is a big fan of the potential of blockchain technology and that TomorrowBC is seeding a fund with Block.One creates a direct link between the Google billionaire and the company EOS technology.

That’s big news for any company but for one that’s positioned as Block.One is, it’s a very important development. It’s a strong validation of the technology but, beyond that, it’s also an indication that EOS might finally be making good on its potential and stepping on Ethereum’s toes in this sector.

Keep in mind that the EOS technology is in its early iteration right now, with the EOS.IO Testnet having been launched at the start of last month.

With that said, decentralized applications are being built on the Testnet as we speak and, as each of these completes and builds out the EOS ecosystem, the company behind the technology is only going to attract increased attention in the sector.

And as we know all too well, it doesn’t take much in terms of mainstream coverage to really get a coin moving in this space.

Bottom line: not only is this one technically poised for a run based on the above-illustrated chart but it’s making strides fundamentally to position itself a real force in the cryptocurrency revolution.

Is Facebook About To Adopt Litecoin (LTC)? Here’s What’s Behind The Rumors.

Dent (DENT): What Is Dent And Should We Be Interested?