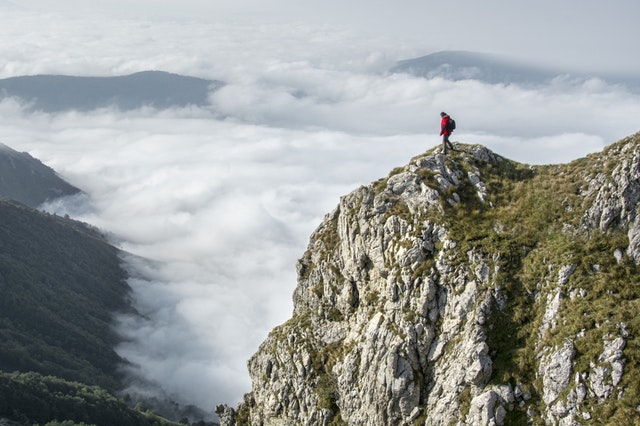 In the world of business, making a smart decision is not always easy to do, since things are rarely black and white. If we add cryptocurrencies to the equation, the problem of making smart choices becomes infinitely more complex. The reason for this is an unstable crypto market, where prices are going up and down without a warning.

Still, there are some indications of how to make a good decision and a smart investment, and according to these signs, there are four cryptos more worthy of investors attention than the others. Those are EOS, NEO, Tron (TRX), and Ripple (XRP).

Ever since Bitcoin (BTC) started the crypto craze, and the appearance of Ethereum (ETH) supported it, cryptos started appearing almost on a daily basis. These altcoins tried to improve on the previous coins, to explore new areas of business, and to try and create a place for themselves in the vast world of digital currency.

Since then, their total number exceeded 1500 altcoins, as per CoinMarketCap. With so many cryptos around, it is really hard, if not impossible to find the one with the most potential. However, after following the market for quite some time, experts believe that a lot of these coins will die out very soon. Of course, this doesn’t mean that all cryptos will disappear forever.

Some of them will manage to survive, and among them are the four coins of the third generation – TRON, Ripple, NEO, and EOS.

These are the coins which are either backed by strong, influential names, or they have managed to achieve so much that their own strength will be enough to keep them afloat. The interest in them continues to rise every single day, with more and more people investigating them, googling them, exploring their possibilities, and eventually – becoming their investors.

Researchers and crypto enthusiasts have even decided to follow the overall interest in these cryptos, and have discovered that in June 2018 alone, these four coins inspired more curiosity than even Ethereum itself.

In fact, the amount of research that was noted by Google on the worldwide scale clearly states that NEO is a clear leader by interest, followed by EOS, then TRX, and XRP in the end. Then, and only then, comes the interest in Ethereum, the second largest cryptocurrency in the world.

The situation is just slightly different within the US, where EOS has taken the lead, with Ripple and NEO sharing the second place, and TRON being right behind them.

With so many cryptocurrencies around, it was obvious from the beginning that not all of them will make it. However, until now, there was no way to clearly determine which coins have the real potential to outlast the others. With the bearish market that has been tormenting digital currencies for the entire six months now, many believe that the filtering of cryptos has officially begun.

Cryptos like Bitcoin and Ethereum will probably remain right where they are, but those are the coins that have already won their battles. They are the representatives of the first and second generation of cryptocurrencies. The other 1500+ cryptos that are still fighting to list out the representative(s) of the Third Wave, and EOS, NEO, TRX, and XRP are clearly taking the lead. This is what makes these coins worthy of focusing on, and their quality will do the rest by itself.