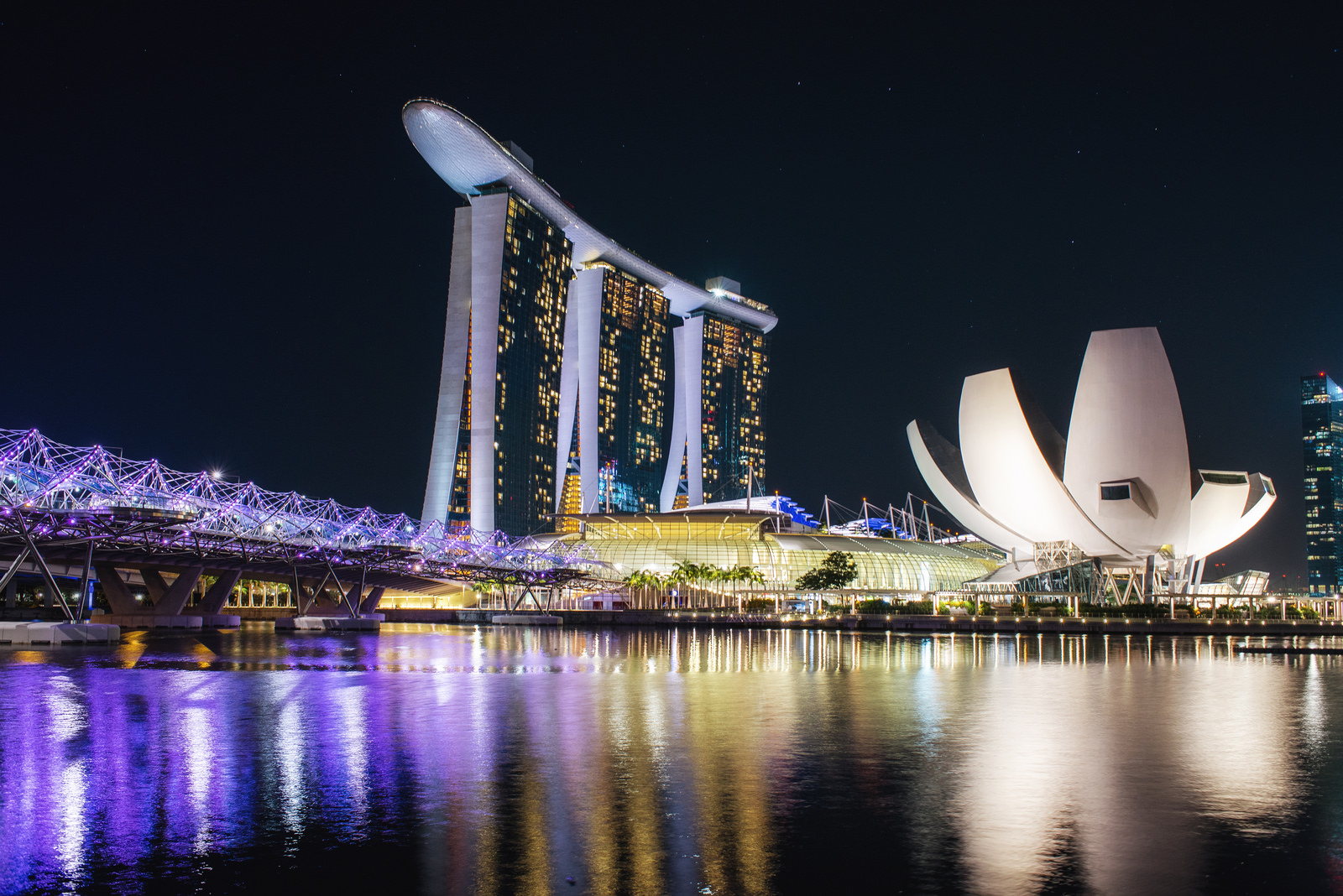 You could say that Singapore is a country in which most small and medium enterprises don’t get the benefits, financial opportunities and overall relevance that they deserve, even when they contribute nearly half of the gross domestic product.

The process to which these enterprises submit themselves to obtain funds for their ventures can be painful and unfair, as traditional banks and financial institutes in Asian countries often ignore them.

These traditional banking institutes are quietly, little by little getting behind in numerous aspects of the operations, including transaction speed and issuance of loans and credit with fair interest rates.

They are considered rigid in numerous points, especially when compared with the blockchain technology. Given that banking institutions often overlooked specific client profiles when analyzing risks, Akshay Mehra and Bikash Saha joined their talents, efforts and time to develop the Crowd Genie platform, which serves as an alternate method for funding for young small and medium entrepreneurs and enterprises that get a constant rejection from banks.

With Crowd Genie, the plan is for these SMEs to have easier access to capital in the Singaporean area, at least initially. The project is much more prominent, though, with dreams of Pan-Asian future success and recognition as a top-end name.

Using a P2P (Peer to Peer) marketplace lending platform, the Crowd Genie project wants to provide more opportunities to Singaporean SMEs. The team of founders, developers, and workers want to build a blockchain based network to supply all the Asian market that could substantially improve the capital flow while complying with laws and regulations.

Sometimes, a talented person in need of a loan carries with him, or her, the potential of being the next prominent tech developer, retail store owner or the leader of a global charity program. The Genie project wants to make sure that people with similar plans for greatness, the unbanked and the usually rejected suspects get an opportunity.

Genie is one of only four P2P lending platforms that hold a Capital Market Services (CMS) license by the Monetary Authority of Singapore (MAS), and it already performed the first ICO token sale of its CGCOIN currency.

What is the Genie Project?

The Crowd Genie project is a P2P lending platform based in the Asian country of Singapore. The company’s primary goal is to put borrowers (which are registered small and medium enterprises and entrepreneurs) and lenders in the same environment.

Crowd Genie, as the official name reads, was founded in 2016 as a blockchain-powered platform to make transactions using the project’s cryptocurrency, which is called CGCOIN. It has a “Dealings in Securities” license by the MAS.

The founders have made clear all the time that what Genies wanted to accomplish was a world of opportunities for the bankless and for the small and medium enterprises with big dreams but no budgets that needed a loan or a credit to start, or to keep going. Crowd Genie promotes a more open lending marketplace than traditional and obsolete banks.

The Genie project dreams about being the first Asian broad business loans assets exchange, which is a significant goal. The process would involve building a Digital Passport for all the actors to comply with regulations; then, the creation and popularization of the currency, the CGCOIN, the one that makes international and cross-border lending possible and is backed by the blockchain technology. Finally, Genie endorses a business loans asset exchange to allow users to trade business loans for liquidity.

Build your reputation as a borrower

The Crowd Genie platform will also help new small and medium enterprises to slowly build a reputation, in the form of real-time credit histories. The network will incentivize timely payments and the trade of CGCOINS. If the person or entity borrowing money has an excellent reputation in the system, he/she will probably have access to lower interest rates and higher investments in the future.

Borrowers will enjoy initial upfront fees from $2000 for initial company evaluation and listing, 8% flat minimum interest rate, 2% fees and three to five-day listing approval. On the other hand, lenders will like the less than 5% of monthly repayments, 14%+ returns, 40+ years of risk underwriting experience, and 100% funds held in Escrow.

The founders have identified the underbanked population as one of Genie’s most significant targets. According to Mehra, “they have all the right credentials to be given loans or have some kinds of financial products, but are still underserved.”

Numerous businesses belong to Genie’s list of partners, and coin holders can invest in these companies while taking advantage of the backup and reliability of the Ethereum blockchain technology. In these companies, users can usually have access to higher returns (12% or more) than those that banks could give them.

People holding CGCOIN after the ICO has finalized will have the capability to invest in some fields and businesses belonging on the platform, both in Singapore and in the Asian market, with the usual credibility that smart contracts and the Ethereum blockchain provide.

Coin holders, from this point on (after the ICO and the CGCOIN liquidation,) will enjoy higher returns than those they can get from banks with lower interest rates. They can perform investments without worrying about anything, as the platform itself checks the identity and listings of SMEs with the digital passports.

The CGCOIN can’t be premined, but that doesn’t mean that the Genie platform and network are not worth the investment. To the contrary; borrowers stand to be the most benefited group, as they will be able to build their credit histories and scores real-time.

The Genie ICO recently hit its soft cap of $5 million, with another $20 million in the pipeline. They had achieved about $2.5million through crowd sale; with the $3million underwritten amount, the current token purchase crosses the soft cap of $5million.

Founders claim to be in fierce negotiation rounds with a few private purchasers for the past weeks, with a potential purchase of $20 million.

Hitting the soft cap further strengthens Genie’s business plan and sets us up to deliver on their vision faster, and help suddenly expand to other markets. They are already in the process of growing their team in Singapore — both technical and business development — and want to ensure that they continue to build and scale a credible business model.

The ICO, which started a few weeks ago, finalized on March, 1st. Tokens were for sale at a rate of 0.0025 ETH, with a fundraising goal of 5,000,000 USD that was already met. As it happens with most new currencies starting with an initial coin offering, unsold tokens will be burnt.

Future Development of the Genie project

The ICO has finalized, with most of the goals that the staff set already accomplished. The scenario is now set for the Genie project’s solidification as the largest Asian business loans exchange platform.

Small and medium enterprises and entrepreneurs, often armed with little to no budget to speak of, can also have exciting projects to pursue. They just need the help of a reliable system that doesn’t kill them with abnormally high-interest rates and low returns that don’t guarantee that they can build or acquire the supplies needed for the ride.

In a system in which both borrowers and lenders will have opportunities to grow and invest in exciting projects and proposition, the world as a place stands to benefit greatly. Remember, sometimes, all we need is a single shot at success.

The Rouge Project: Building a foundation for E-commerce 3.0

MoonLite – A Timely Disruption for the Crippled Crypto Mining Model