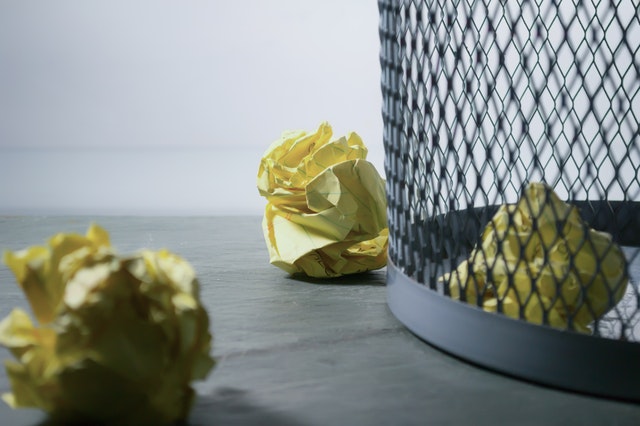 Not every situation that is considered bad for the crypto-verse is actually bad. No. There are some things that at first look like the end of the Bitcoin ETF only to deliver a bunch of silver linings that make one glad to be part of this amazing world we call cryptocurrencies and blockchain technology.

On Thursday, July 26th, the SEC came to reject what many thought was the CBOE Bitcoin ETF that everyone was anticipating to be decided on in the month of August. So what happened, is that the recent gains of BTC above $8,000 were eroded momentarily as the crypto-markets were confused with which BTC ETF was which. But as soon as the air was cleared, many rejoiced at this rejection as shall be explained below.

Firstly, the crypto-verse was made aware of dissent at the SEC when one commissioner disagreed publicly with the decision to reject the Winklevoss ETF. This ETF, also known as the Bats ATF, was actually a revision of a filing the twins had made back in 2016. This was the second time it was being rejected by the SEC. In a letter to the public, Commissioner Hester M. Peirce stated the following:

Ms. Peirce has been welcomed by the crypto-community with open arms since making these remarks. Her Twitter following continues to grow exponentially since the news broke. She has been given the title of ‘Crypto Mom’ for she embodies the strength of what it means to be a mother for the crypto community.

A second reason why the rejected Winklevoss ETF is a good thing is the fact that BTC has proven once again that it can withstand major FUD on its journey through the current bull run. Right after the announcement and chaos that followed, BTC fell to $7,900. But it has since regained its feet and is trading at $8,215 at the moment of writing this. The stage is set for a $10,000 value pretty soon.

Thirdly, we now know that the CBOE sponsored Bitcoin ETF will most likely be postponed due to the public backlash the SEC is receiving after rejecting the Bats ETF. This means they will be forced to recalibrate their defenses for the CBOE ETF. Also to note is that the Bats ETF has been rejected twice meaning the Winklevoss have the right idea for a Bitcoin ETF but failed to execute as they did with the popular social platform that made them famous. Perhaps the CBOE is the ‘Mark Zuckerberg’ of crypto and they have the magic touch to guarantee an approval no matter how long the SEC postpone a verdict.

In conclusion, the rejected Bats ETF filed by the Winklevoss Twins at first caused panic in the crypto-markets. But upon closer analysis of the events that were followed, we were acquainted with Commissioner Hester M. Peirce who has been given the title of ‘Crypto Mom’ on twitter. We are also now aware of the possible postponement of a decision on the CBOE ETF. With regards to the latter, we are now prepared for the waiting game with the SEC.