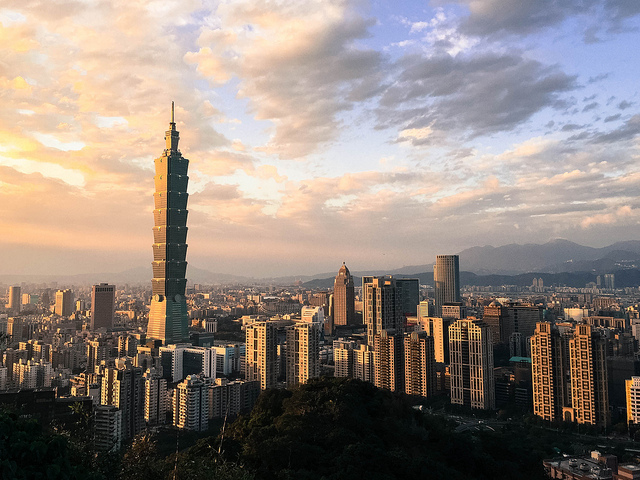 IOTA, known for its block-less nature otherwise known as Tangle, is trading in the green despite having the majority of currencies trading down, especially in the last few days as the market started to plummet once again after a brief pause that lasted almost for an entire week. Ranked as number 10 on the global coin ranking list, IOTA isn’t just another coin as the dev team behind this currency is giving their best to make IOTA stand out from the crown of different cryptocurrencies. That is how IOTA partnered up with BiiLabs, which is a start-up company with headquarters set in Taiwan. Let’s see the reason behind having MIOTA trading in the green as well as check out the perks of having IOTA partnered up with BiiLabs.

IOTA and the Testing of Digital IDs

IOTA takes pride in Tangle, the blockchain-free network made and created by a foundation in Berlin. It is no wonder that this is the case as with Tangle all users are granted perks of having the ability to easily transfer different types of values without paying fees.

If you have been following up with IOTA and all the partnership the dev team has managed to collect over the past months, you surely know that IOTA partnered up with Taipei city. The main objective of this partnership is to make Taipei into a smart-city by revamping Taiwan’s capital. The idea is to have a couple of projects, all done in the following months, which will turn Taiwan’s capital into a functional and fully operational smart city. That is why one of the projects that should be released by the end of the year is digital ID built-in. The built-in should be added to the Tangle network and the main idea behind this project is to prevent identity theft and every other criminal identity related to manipulating with identification documents.

This project is supposed to enable improve the security for identification data, so that it would be harder to have this data copied, manipulated with or gone under a suspicious or criminal activity.

The main goal of having digital IDs implemented into the system and connected to Taipei city’s government is to prevent identity theft, fraudulent voting, while also securing confidential data like medical documents and personal information. The project should also play a huge role in preventing theft from the government services.

To back up the project for the brighter future of Taipei, there was a Workshop, organized in Taipei city that took place a couple of days ago, on March 28th, where it was discussed different ideas and projects that will help with the main objective of having Taiwan’s capital transformed into a completely operational smart city.

The workshop was supported by many experts from the fields of business, representatives from different societies and countries, and politics.

The Digital IDs are already being tested so that the project would be ready to use by the end of the following year of 2018.

IOTA: Inside and Out

Besides from having Digital IDs tested for functionality, IOTA is working on several different projects, while also having many successful projects behind in the career of MIOTA dev team.

One of the projects that started IOTA’s cooperation with Taipei city was conducted with the help of the company called Airbox. On this occasion, the improved team was working on creating small-sized palm tree devices that would be able to measure aspects like air pollution, temperature and humidity while using the Internet of Things settled on Tangle. This is a perfect example of putting Tangle and Internet of Things in practice, which will be further completed once the artificial small-sized palm trees are placed around the public city spots and elementary schools in Taipei city.

To join the idea of smart city communities with the plan of stepping into a post-modern era, Netherlands has also cooperated with IOA not so while ago. That is how the Netherlands worked with Tangle so that the citizens could create a massive database of housing info and data where the citizens of Netherlands could easily and promptly distribute and gain access to their data.

However, what might be the case of the most recent rise in IOTA’s price is the fact that this currency with its platform, Tangle, is joining the Blockchain Innovation Center located in Brussels, all thanks to the partnership with Fujitsu. This is very important news as IOTA will now be able to join the blockchain incubator where there will be discussions about the blockchain technology, the Internet of Things and the future of smart cities. The project started in January of the current year and should last until December of 2020.

As a result of increased visibility, IOTA is being added to another trading platform in April 2018.

Given the fact that there IOTA has a lot of positive things going on with different projects the dev team is taking over and becoming a part of, IOTA has been doing great in the market as well.

After the latest change in its price, MIOTA is trading in the green although the majority of coins are suffering from the market dip after a brief pause that started the last Monday and lasted for a couple of days.

In the last 24 hours, IOTA managed to rise up for 1.47% against the dollar, steadily growing above a one dollar price. After this benevolent change in the market, MIOTA can be bought for 1.12$ per one unit at the current moment.