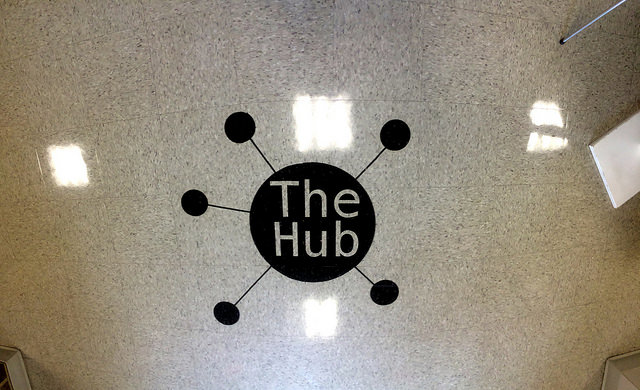 Lisk seems to be dropping as the market is experiencing another massive dip, with having Ripple as the biggest loser after the latest change in the market. All drops are hovering between -10% and -15%, so the coins are suffering from grave loses at this point. However, Lisk has some great news that might help this currency rise above the dip and bounce off while trading in the red. Let’s see what the good news is all about and whether LSK would be able to cut its losses and rise above the dip soon.

The most recent announcement picked up by the dev team behind Lisk and its decentralized platform has stated that Lisk is announcing a new version of their application, Lisk Hub.

With the new update of Lisk Hub, now already known as Lisk Hub 0.3.0, Lisk Hub is promised to provide far better user experience as they are planning on making a more user-friendly application. There are some new features announced as well with the new version of Lisk Hub, some of which will include a refreshed interface as well with the new desktop icon and a brand new home button as well. However, these features won’t be the most interesting additions to the new version of Lisk Hub as the dev tea, behind this currency is also adding some new important features that should take Lisk’s use of blockchain technology to a new level.

The team has announced features that should allow address copy along with lock ID feature and the account initialization.

With the idea to allow new users to receive micropayments with the sender only having to pay ridiculously low fees for the transaction, Lisk Hub 0.3.0. will be using the feature of account initialization. This feature works in order to make sure that every account held by a Lisk investor is initialized with the help of transactions being made between the two different account holders. That way the public keys describing these accounts are recorded in the Lisk blockchain, providing account initialization.

Lisk dev team was also thinking about the safety of LSK users as well as about the account management, so they have decided to add the Lock ID feature to the new version of Lisk Hub. With this feature, users can be sure that their accounts and IDs are both being operated within a fully secured ecosystem. The Lock ID works by allowing a timeout period that lasts for 10 minutes, removing the ID passphrase once the period of 10 minutes runs out.

The rest of the added features mostly revolve around improving already existing features, while also implementing changes that would enable smoother app operations and more user-friendly experience. That is how the new version will allow copying your wallet address in a single click for even easier transaction making as well as having some neat additions in form of shortcut buttons and a new logo for Lisk. That’s a full makeover, right?

This kind of news usually sky-rockets a coin, but there haven’t been any improvements for LSK as the market is plummeting again and the prices are dropping dizzily without visible redemption.

After the latest change in its price and with the most recent market dip that was briefly interrupted by a smoother and more rewarding week (last week), Lisk is going down as the market is crashing once again.

After the latest change in the market which occurred in the last 24 hours, Lisk has dropped by -12.66% against the dollar. Most currencies are currently dropping in the range between -10% and 15%, so Lisk is following that “trend” with no exceptions.

At the current moment, after the latest change in its price, LSK can be bought at the price of 7.29$ per one unit.  Although the price of nearly 7.5$ per one coin is more than fine, LSK is still trading in the red and far from its all-time high of around 38$ per unit as noted in January 2018.

As the newly improved Lisk Hub has just been announced, there are still no improvements visible in the trading volume of LSK in oppose to the last week. However, it is expected that the price of LSK will rise accordingly as the date of Lisk Hub 0.3.0. is getting closer as lots of HODLers are showing enthusiastic reactions regarding the tweet that announced the release of the new improved Lisk Hub. Hopefully, this version will live up to all expectations, including the expected rise in LSK’s price.

IOTA (MIOTA) is Trading Up While Testing Digital IDs