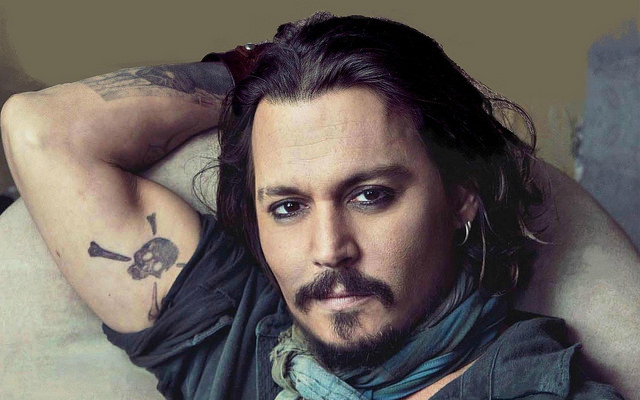 We can all agree that in the crypto world, in a manner of speaking, nothing seems to be more ambitioned and desired than the validation of the ‘real world’. In fact, it results notable how certain cryptocurrencies in the market such as Ripple (XRP), Litecoin (LTC), or even Tron (TRX), are constantly in the seek of building up this sort of ‘bridge’ to diminish the friction that several cryptos experience when it comes to getting to the masses, one of the main issues that the sector still needs to work on.

However, it is precisely in terms of validation that the crypto world would be surprised (and very happy) with the encouraging news that one of the greatest artists of the seventh art, Johnny Depp, maybe playing the crypto-related multimillionaire Matthew Mellon in an upcoming biopic that will show the life of the businessman and his relation with the crypto world. Hollywood meets the crypto world sounds so fascinating, right? Let’s see all the details behind this.

Matthew Mellon was a businessman who was born in New York City in January of 1964, he was related to the Drexel University and the Carnegie Mellon University, both of which are campuses founded by his family. In this matter, a total worth of $25 million was inherited by him at the age of 21, money that later was used to make several investments among which the most remarkable one was the $2 million that he invested in Ripple’s XRP, a move that granted him with the title of ‘billionaire’.

Mellon obtained a profit of $1 billion dollars with the third largest cryptocurrency of the market, the infamous crypto created by Ripple Labs. Let’s recall that the XRP token saw incredibly positive changes in its prices once it was introduced in the market, the specific time in which Mellon decided to place his bets on the crypto.

In regards to his life, not everything was rosy for the businessman. In fact, he was diagnosed with bipolar disorder, and he was known as well to be involved with drugs and alcohol problems, one of the reasons that took him to rehabilitation clinics more than once. He was married twice, being his first wife Tamara Mellon, and the second, the daughter of Robert F. Kennedy, Jr., who was his partner by the time of his death on April 16th in Cancun, Mexico.

He was supposed to get a treatment for an OxyContin addiction when he encountered death in a hotel room after suffering a heart attack produced by the consumption of Ayahuasca, an indigenous natural drug used in religious rituals.

Comments on the XRP billionaire biopic

Nothing has been confirmed yet regarding the actual possibility of the biopic. However, in accordance to the news entertainment portal Page six, the Hollywood star Johnny Depp said to be interested in playing the role of Mellon in a movie inspired by his life.

For its part, Mellon’s family hasn’t declared anything regarding the rumors, but the same Matthew Mellon cracked jokes in several occasions saying that a movie about his life would be something very interesting to watch. Could that be a possibility now? Well, we still need to wait to respond this, but we can all be sure that in case this happens, it would represent a HUGE benefit for the crypto community and not for the Ripple’s XRP only.

What would happen with XRP though? Stay tuned.

Samsung Claims that Rumors of a Partnership with CopPay are Fake