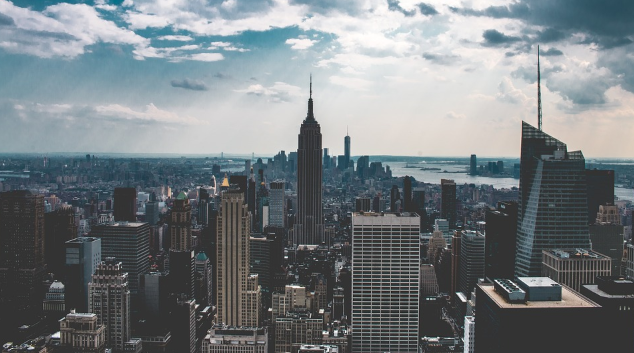 The big announcement on whether cryptos such as Ripple (XRP) will be declared as securities or not hasn’t been finalized. As of now, we can expect the big news to be announced in next couple of weeks, though. Although, the legal foundation of the world’s financial system is working tirelessly to make things better; Ripple, on the other hand, is partnering with them and other financial regulators out there.

The world has $294 trillion financial assets, and part of it is the global market capitalization which has risen from $34 trillion to $69 trillion – this entails the amount of money that moves on a daily basis, and of course, we can now process these transactions with Ripple’s technology.

IMF is ‘bullish’ on cryptocurrencies

The IMF (International Monetary Fund) has recently expressed its support for cryptocurrencies such as Bitcoin and Ripple. IMF’s CEO, Christine Lagarde, stated that cryptos do not impose significant threats to the present-day fiat currencies.

Largarde sees cryptocurrency to be, “volatile, risky, energy incentive and because the underlying technologies are not yet scalable enough.”  Christine believes that the defects of cryptocurrency can be corrected effectively.

She further laid more emphasis on the future preference for digital currencies by saying:

“Why would citizens hold onto virtual currencies rather than those physical dollars, physical euros or physical sterling’s. Because it may one day be easier and safer than obtaining paper bills, especially in remote regions and because virtual currencies could actually become more stable.”

The head of IMF had added further,

“Citizens may one day prefer virtual currencies since they potentially offer the same cost and convenience as [there could be] no cash, no settlement risks, no clearing delays, no registration, no intermediary to check accounts and identities.”

Moving forward, Lagarde declared the intentions to expand the Fund’s High-Level Advisory Group on Finance and Technology, to uphold the international organizations. Th team formed for the initiative has 19 members in it, with Ripple’s Ryan Zagone and Chris Larsen. Lagarde said.

“The group will provide advice to help IMF staff deepen its understanding of FinTech issues. It will work closely with the IMF’s Interdepartmental Working Group on Finance and Technology, which was established in 2016, to study the economic and regulatory implications of developments in the area of finance and technology. Such a system (Ripple) would stand a good chance of disrupting entrenched players (e.g., Swift), according to the IMF.”

IMF has had several meetings on blockchain technology, and most of these meetings had Ripple’s Ryan Zagone participating in them – which shows that Ripple is working hand-in-hand with IMF. Ryan Zagone and Charles Larson are also collaborating with other big financial companies.

It is worth noting that IMF’s support for cryptos such as Ripple is enormous. That said, the foundation that Ripple has built is strong and steady, and one of the main reasons why there hasn’t been an increase in XRP price is since Ripple is working on laws that govern the technology for communities, technologies, etc. And yes, the SEC case against Ripple’s XRP being a security is also holding its price back. Still, “Ripple is the only company with enterprise-ready solutions in distributed ledger technology.”

There have been 22 proposals that were submitted to the U.S Federal Reserve, but only 19 made the Steering Committee list. Ripple on its own is currently making sure that it becomes the leading solution or the way out that justifies the market share.

The Federal Reserve further issues the 6 “effectiveness criteria” for the future of RTGS networks, which are efficiency, safety and security, governance, speed, legal, and ubiquity. Lately, Ripple has been working to match with this criteria.

Nevertheless, a report by the U.S Federal Reserve in December 2016 talked about the Interledger Protocol, further stating that the Interledger Protocol would stir the use of the DLT-based platform for cross-border transactions. Financial companies such as Unicredit, Standard Chartered, Westpac, CIBC, among others that are of the Global Payments Steering Group, “will oversee the creation and maintenance of Ripple payment transaction rules, formalized standards for activity using Ripple, and other actions to promote implementation of Ripple capabilities as our network continues to grow,” according to Ripple’s governance advisory board, which means that this Global Payments Steering Group has Ripple in mind.

Ripple technology is faster and cheaper. For payments to settle on Ripple’s network, it only takes four seconds. For Ethereum and Bitcoin, it takes 2 minutes and 1 hours – 3 to 5 days for traditional systems. Ripple’s technology is the future of cross-border transactions and IMF is pretty confident that Ripple can take the world to the next level. And ultimately, the trust the at International Monetary Fund has in Ripple and Bitcoin, will help the cryptos in mass adoption.

Will Cardano (ADA) live up to the hype around it?