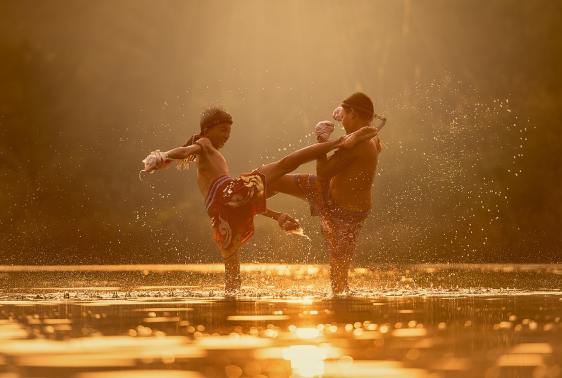 As you probably know governments regulate (sometimes very heavily) all institutions and companies doing business in the financial sector. Seeing how those very companies have sunk the planet in three world economic recessions over the last few decades, there are those who argue that such regulations are not substantial enough (or enforced enough).

Cryptocurrencies, on the other hand, are not regulated at all for the most part. Some national governments, mainly in Asia, are starting to see the writing on the wall and acting accordingly but in Europe and the Americas, the cryptosphere remains utterly anarchic. But as accusations of being a security fall on some cryptocurrencies, mainly Ripple (XRP), the proper authorities everywhere (at least in the United States) will have to take a stand.

That could or could not prompt, at last, some regulations but it could also be that the competent authority (the SEC in this case) will limit itself to determine if any given digital asset must be considered to be a security or not. The cryptosphere is, thus, at a crossroads.

The SEC authorities have already declared both Bitcoin and Ethereum not to be securities and they also have given guidelines (not to be confused with actual decisions) about how they think they will assess the financial nature of each crypto coin.

In the end, it boils down to this: every cryptocurrency that starts life through an ICO could be considered to be a security as ICOs promise, at least implicitly, a profit for the participants. Every other coin will not be considered an asset but as something more or less alike to a fiat currency.

The good news is that SEC is not very eager to interfere in the crypto world; they are somewhat willing to laissez-faire, at least as long as things don’t go out of control, one should assume.

The bad news is that Ripple’s XRP is still under a lawsuit for allegedly being a security and it is probably casting a shadow over the whole project and, by extension, over the cryptocurrency markets. Because of the significant momentum Ripple and XRP have been gathering lately, this is a particularly important case so it behooves us to have a closer look to this situation and try and figure out what we should expect as an outcome.

This dish has two main ingredients: what the government can or will do and what Ripple can or will do. Let’s start with the government. The first thing we need to be entirely clear about is that no lawsuit can determine the nature of any financial instrument or asset. Or in plain English, only the SEC can decide if something is a security, no judge or court of law has the legal power to make that decision. So our first ingredient is, in fact, quite simple.

It all comes down to a choice made by the SEC. The question is how likely is it to declare Ripple’s XRP a security? Not much, probably not at all.

The main reason for this is that XRP has never had an ICO. Every single XRP token already exists because it was pre-mined by Ripple Labs before it went live, so it doesn’t even require miners the way Bitcoin and others do. Since SEC has already stated that its main standard will be the precedent of an ICO, XRP should be pretty safe.

Now for our second ingredient. Ripple can’t directly affect SEC’s decision, of course. The financial nature of both Ripple Labs and the XRP currency was determined years ago, and it can’t change overnight.

It doesn’t need to change, anyway. But Ripple is scrambling and tweaking a few things to ensure that the difference between the company and the coin becomes apparent both for the authorities and the public so that any possible doubt is clarified easily.

Mr. Brad Garlinghouse (Ripple Labs CEO and former Uber driver) has been explaining extensively at every possible opportunity (interviews, conferences, lectures, etc.) that the company and the coin are not identical.

In a dramatic statement that he repeats frequently, he explains that if Ripple labs went away, XRP would still stay around as a viable cryptocurrency because all the infrastructure needed for that is already in place, it’s decentralized and is not owned by Ripple Labs in any way.

Ripple Lab’s chief cryptologist, David Schwarz is not the chief cryptologist anymore. He’s now the company’s CTO, but we all suspect the actual job he’ll keep doing is precisely the same. So why to rename the same position? Well, there’s an excellent reason, and it has to do with distancing the company from the token. Almost every big company has a CTO. For instance, even Walmart has a CTO, believe it or not.

So this is a standard executive position in the corporate world. Chief cryptologist, on the other hand, is a position that almost no other company in the world has.

Even within the software technology industry, have you ever heard about Microsoft’s Chief Cryptologist? Or Google’s, Oracle’s or Amazon’s? The very job title “chief cryptologist” suggests too close a relationship with XRP. That’s why Mr. Schwarz now has a “new” job.

Less than a month ago, Kahina van Dyke was snatched from Facebook to become Ripple’s vice president of business and corporate development. She is a woman who spent decades in Wall Street before becoming Facebook’s global financial services team leader.

The standard interpretation for this move is that this is a skilled person who already has all the contacts Ripple needs so that more banks and financial institutions adopt the Ripple ledger quickly.

And that could very well be the case. But almost nobody has noticed another critical fact. Mrs. van Dycke, with her extensive experience leading financial development teams and dealing with regulators, could also be the ideal person to advise the company on how to get rid of the “security” problem once and for all.

Maybe the most significant problem Ripple faces will be to prove that XRP is as decentralized as, say, Bitcoin and that the immense amounts of XRP tokens that Ripple still holds will not give it undue power over the coin’s performance.

But then again, we go back to the main thing: Ripple has never promised anybody they would make a profit by buying or holding XRP coins, and it never held an ICO.

“It is not the strongest of the species that survives, nor the most intelligent that survives. It is the one that is most adaptable to change.” This quotation is (falsely) attributed to Charles Darwin who never once wrote it or said it. Still, it does capture the essence of evolutionary theory and presents a valid idea in a pithy way. It’s the survival of the fittest, with fitness understood as adaptability.

Make no mistake. Ripple Labs has the Bitcoin and Ethereum precedent on its side, and it fits SEC stated criteria not to be a security. But if that wasn’t enough, you have to see that Ripple is, indeed, adapting to survive and that, alone, will make it prevail. And as things are more evident to every now (including SEC I believe), the results of the exhausting Ripple SEC battle are just around the corner of finding a seat.

Bitmain Chooses EOS for its Second Major Investment of the Year