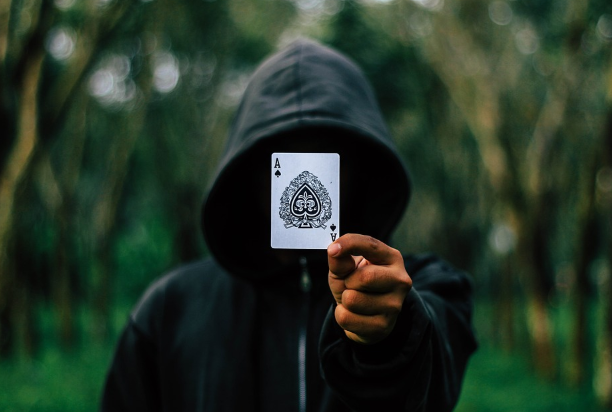 The latest news from Ripple Labs: they have secured the services of Kahina Van Dyke, the former Facebook team leader in global financial services department. She will be Ripple’s vice president of corporate and business development. Mrs. van Dyke’s experience and credibility working in the global financial sector, especially in payment settlements, is nothing short of impressive. Is she the leader that can finally break XRP into the mainstream and mass adoption worldwide?

See you, Facebook! Can you please send my mail to Ripple Labs?

While Mrs. van Dyke’s was at Facebook, her job was to secure alliances between the controversial social media firm and big players in the banking and financial world so that Facebook’s users could use the social media platform for sending payments.

She managed to get PayPal, Citibank, Western Union, Mastercard, and Visa to join forces with Facebook. Among her most spectacular achievements was a deal in Africa that allows for small African businesses to accept Mastercard payments within the Facebook platform.

But even before joining Facebook, her expertise in payments and financial services was already quite impressive. By then she had more than two decades of working experience at places such as Citibank and Mastercard. She has the skills, the background, the expertise and the contacts.

When former Yahoo Vice-president and former Uber driver Mr. Brad Garlinghouse became Ripple’s CEO, he turned Ripple Labs into a company with a single mission: to use the blockchain technology to revolutionize the international payments system. In that process, he dropped Ripple’s pioneering smart-contract technology (called Codius, which is making a comeback, by the way) and every other priority to focus on a single problem and solve it better than anybody else.

Mrs. van Dyke fits perfectly with his agenda, as she already belongs in that very environment Mr. Garlinghouse wants to penetrate. She fits like a globe, and her hiring could be a breakthrough as Mr. Garlinghouse endeavors to make xRapid standard in the financial institutions’ sector all over the world.

Ripple Labs’ killer app is called xCurrent. It’s currently in use by more than a hundred banks the world over (and a new bank joins the network every week, on average) mainly in Japan and Northeast Asia but western institutions as Banco Santander and Western Union are also in the mix.

Ripple’s xCurrent creates a blockchain-based ledger that allows settling international payments quickly, safely and cheaply. It can settle payments in a variety of both fiat and digital currencies and, while it can use XRP as a currency, it’s not mandatory for users to deal in XRP (except for transfer fees).

Ripple has been very successful so far but also controversial. It’s being taken to the court for being a security but also because the service structure it has looks to some investors as a type of permanent ICO, especially when it comes to Ripple’s policy on XRP’s release and sale.

Another Ripple platform, xRapid, is driven by XRP. In Ripple’s own words,

Considering how conservative most financial institutions are regarding change and how volatile cryptocurrencies still are, Ripple has had a hard time securing partnerships for xRapid and xCurrent (especially xRapid because it’s more reliant on XRP). But if enough banks adopt Ripple’s technology that would give Ripple the perfect case that it’s not ‘a security’ at all under SEC rules but a technology that enables financial institutions to do international transactions cheaply, safely and in real-time.
XRP’s decentralization has also been a point of contention.

XRP was fully pre-mined by Ripple Labs before the currency went live and the company is still the world’s main holder so there’s been the suspicion that the vast reserve it owns could allow it to manipulate the currency’s price. If enough partnerships happen and XRP indeed becomes the standard currency for settling payments globally, that would both create demand for XRP and make decentralization apparent. That would solve one of Ripple’s most serious credibility problems.

Persuading partners to adopt xCurrent has not been that hard for Ripple. Convincing them to adopt XRP has been a different thing, and this could be where Mrs. van Dyke could make all the difference, given the contacts and experience she already has among Ripple’s potential new partners. Ripple itself praised her:

“Throughout her career, Van Dyke has proven that financial services and technology, when working together, can dramatically improve the lives of people, businesses, and communities all around the world. Her time leading global teams within the traditional financial services industry — most notably at Mastercard and Citibank — has afforded her insight into how sophisticated risk mitigation and compliance frameworks enable more reliable, timely services.”

The international remittance and payments industries are heating up

The international financial system works on a system called SWIFT. It was implemented during the 1970’s, and it’s remained the same for decades, which is to say it’s stayed expensive, slow and unreliable. The digital revolution that came about with the popularization of the internet and the appearance of smartphones has not affected it at all because of two reasons. First, there’s the massive inertia prevalent in financial institutions worldwide.

Second, almost no technology developer has paid any attention at all to cross-border financial settlements, remittances or micropayments because they involve a lot of red tapes and physical presence in several countries while social media, messaging apps, or gaming apps are, by comparison, very simple and profitable to do.

The result is that this market is still monopolized by SWIFT (with Western Union as an alternative) for international payments and Mastercard and Visa in control of online payments. One exception is PayPal, but in favor of Ayden, eBay dropped it (just earlier this year).

In this context, Ripple’s blockchain technology and currency are set to disrupt the whole industry. But it has some competition. Stellar Lumens, backed up by IBM, is trying to enter the same market. But there’s also Quorum, a blockchain startup owned by JP Morgan Chase (and Quorum has the advantage of already being a banking industry insider).

Quorum has had a hard time taking off, probably because of the strong links it has with the infamous bank, which is rumored to be considering getting rid of its blockchain project.

So what Mrs. van Dyke contribution to Ripple will be? We can’t say for sure, of course, but given her history and Ripple’s ambitions, it’s bound to one of the most relevant moments in Ripple’s short history. We will have to wait and see what she can do for Ripple, but the prospects are promising.

Ripple (XRP) Still has Time for a Comeback