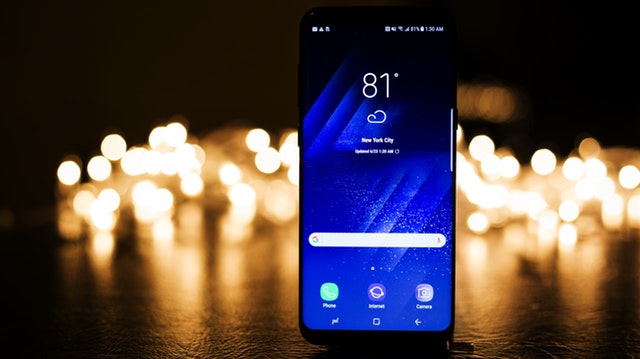 Recent rumors of Samsung offering crypto payments in three of the Baltic countries have been strongly denied by the company.

Samsung isn’t partnering with CopPay after all

Not too long ago, a new rumor appeared online, claiming that the blockchain startup from Lithuania is about to score a large partnership with electronics giant Samsung. The partnership was supposed to allow Samsung’s customers in three Baltic countries to buy electronic devices via cryptocurrencies.

Originally, the announcement of this partnership came from CopPay’s Medium blog, where the startup published a post with all the mentioned details and more. After Samsung denied the partnership, the post was deleted. However, if the partnership was true, CopPay would have the responsibility to install merchant gateways that would support crypto payments in 31 Samsung stores.

Additionally, the deal, as reported by CopPay, was to support a number of cryptos, including Bitcoin, Litecoin, Nem, Ethereum, Ripple, Steem, and Dash. Though obviously fake when considering Samsung’s reaction to it, the announcement looked completely legitimate when it first appeared. So far, CopPay has not released an explanation as to why they would issue a fake announcement.

Partnership is fake, but not impossible

Such fake announcements are not really unheard of in the crypto industry. In fact, a lot of them have appeared lately, with a supposed deal between BMW and carVertical being one of the most recent ones. Another deal that has had everyone hyped, but turned out to be fake, was the presumed partnership between Microsoft and IOTA, which was debunked by Microsoft soon after.

However, there is no confirmation that Samsung is absolutely against ever approaching cryptocurrencies or blockchain tech. In fact, according to reports from earlier this year, Samsung might already be looking into blockchain tech. If so, it would make perfect sense, since this tech might help with managing the company’s supply chain.

Samsung’s IT and logistics unit, Samsung SDS, has stated that implementing blockchain technology could lead to some significant cost reductions. In act, they predict that shipping and logistics costs might be cut up to 20% if done via blockchain. Because of this, there have also been claims that Samsung Electronics might be looking into adopting blockchain solutions.

Song Kwang-woo, the Blockchain Chief and Vice President of Samsung SDS, has stated that this tech could have a very large impact on the manufacturing industries’ supply chains. According to him, blockchain technology is the perfect base for managing a complete revolutionization of the digital world.