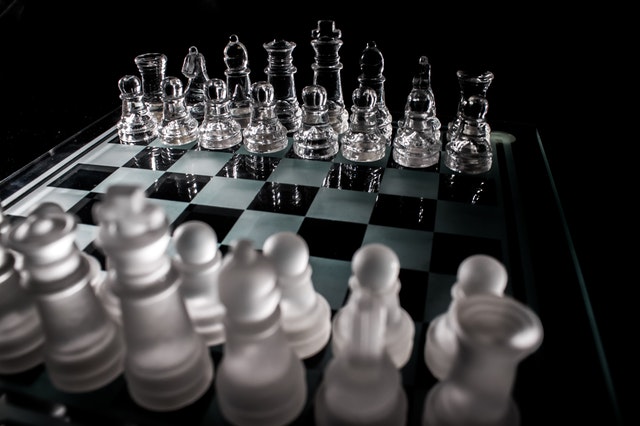 When comparing digital coins, a lot of people judge them by their current success, price, or rank according to various lists. However, one of the important things that everyone seems to forget at times like this is that they need to keep in mind the coin’s actual potential for the future, instead of its accomplishments so far. This is what we need to concentrate on when comparing Ethereum (ETH) and NEM (XEM).

NEM is a coin that has suffered a large impact, like every other crypto, in the last six months. After the market has turned bearish, NEM dropped to the rank of 10, and since then, it fell down even more on the ranking list. Currently, it is ranked as a 15th coin on the CoinMarketCap’s list. However, this doesn’t mean that the coin’s potential has dropped as well.

In fact, some experts believe that NEM already has the potential to exceed even the second largest digital currency, Ethereum (ETH).

It goes beyond the comparison of market stats

Comparing NEM’s price ($0.188905) to Ethereum’s ($466.53) certainly would not suggest that NEM has a chance to ever coming close to the second largest crypto. The same goes when we compare their market caps, with NEM’s being less than $2 billion, while Ethereum exceeds $46 billion.

In order to truly establish just how big NEM’s potential really is, we will have to dig deeper and to take a look behind the scenes.

Let’s start with technology. Ethereum’s tech is already well-known, used by many well-established firms, as well as startups. With that in mind, the firm behind NEM developed its own technology, which is in many ways similar to that of Ethereum. At the first glance, this makes them perfectly comparable- However, after a second look, this might not actually be the case.

The first difference between them is the issue of centralization. Ethereum is completely decentralized, following the standard that a true crypto needs to recognize in order to really be considered a cryptocurrency. NEM’s tech, however, is partially centralized. However, this also means that it is easier to quickly and easily integrate with the current technology of other businesses that are looking to adopt a crypto.

We will not go into too much detail for the purposes of this comparison, considering that this information can be easily obtained via a quick Google search. However, we will point out that the result of this difference is that NEM comes almost as just another plugin or a valuable new addition to the way these businesses operate. Ethereum, on the other hand, requires nothing less than a complete overhaul of the various enterprises’ technology. This is one of the biggest reasons why NEM comes as a much better solution for the issue.

Next, we come to the nature of the two coins’ blockchains. NEM’s blockchain technology offers both a public, as well as a private blockchain. NEM manages to achieve this via the platform called Mijin. This is important, considering how a lot of companies prefer their privacy and seek to protect the company secrets.

Ethereum’s platform, however, offers complete transparency, in the spirit of true decentralization. This makes it basically impossible to hide anything regarding the data or assets that the company has in store. Despite the nobility of such an approach, in the real-world situation, this is clearly another point for NEM.

If we add to that the fact that NEM supports basically any programming language out there, while Ethereum only uses its own called Solidity, NEM is once again a clear winner. This is due to the fact that the companies looking to adopt blockchain technology want convenience. Choosing Ethereum would mean that they have to hire developers that are already familiar with Solidity, or worse, to educate their current workers on how to use it.

What does this mean?

Nobody is trying to deny the importance of Ethereum to the crypto world or to reduce the accomplishments that this blockchain and crypto have managed to achieve so far. However, the fact remains that NEM seems to be much more convenient and integration-friendly than what ETH could ever be. The only real way that Ethereum can beat NEM when it comes to this is that the company in question originally starts as ETH-friendly when it comes to their current tech.

Those wishing to migrate to Ethereum’s blockchain will have to endure a long and complicated process, while NEM can literally be introduced overnight, and used with ease. It can even be used as a test-blockchain for those wishing to see how does operating via blockchain reflect on their business practices.

Naturally, NEM can be used as just a stepping stone, a blockchain for a test run. However, after experiencing it, and realizing its convenience and benefits, it is not impossible that the companies might simply decide to remain on NEM’s blockchain indefinitely.

Because of this, NEM’s potential is huge, and even though the market stats currently are not showing it, it can definitely rival, or even beat Ethereum when it comes to practical use.

Reasons Why Ripple (XRP) and Stellar (XLM) can Both Win