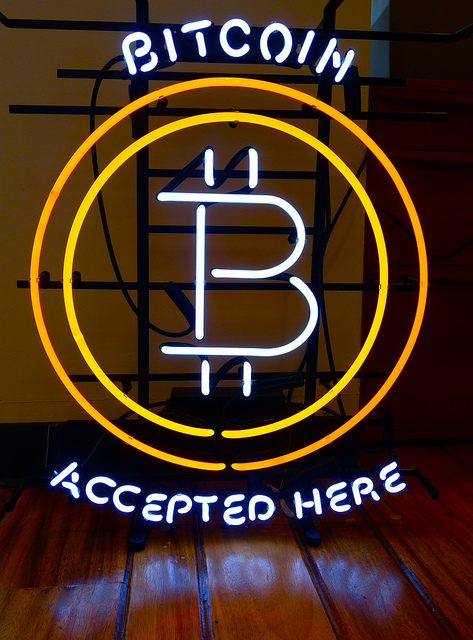 Litecoin (LTC) suffered a breakdown right at the starting point of the reviving phase of the crypto market, and even 8 weeks after the prolonged dip of the sector reached an end. This way, the fifth position which for a long time was taken by LTC, was replaced by EOS, the ETH backed coin that pushed LTC one position down.

As it was to be expected, under the circumstances the LTC team decided to fight back. That’s why it created the currently massive adoption campaign that is being deployed under the name of “Litecoin accepted here”, an initiative that has made a lot of people to feel very excited. Let’s find out more about it!

Yesterday, in the morning, Litecoin (LTC) started the day with a tweet that from many points of view was very particular. On the tweet, LTC published a message with a thought-provoking question that said: “Does your business accept Litecoin?”.

Additionally, the team representative encouraged in the tweet all of the LTC users and potentially interested people to get in contact with them for having the possibility of being included in the project they are deploying currently.

Does your business accept #Litecoin? Message us for a chance to be included in a cool project we are working on! pic.twitter.com/hbR204tT0z

Although there was no information in the tweet regarding the project, it results evident that the Litecoin team is planning to deploy a massive adoption campaign very soon. With this initiative, a potential result may be that many small and medium businesses will start adopting the LTC token as a payment option for the services or products they provide.

If such is the case, where many companies start adopting the LTC coin, Litecoin may probably see a remarkable rise in their prices one more time, and consequently, it will have a massive acceptance. In addition, this could also boost the exchange volume of the coin, and very possibly to grant them the fifth position once again.

Wiki Leaks and the LTC acceptance

On April 25th, the Wiki Leaks shop reported they will be now accepting the virtual coin LTC as a payment method. This is something not to be surprised of since the founder of the company, Julian Assange, has consistently shown his support for decentralization, data privacy, and in general terms blockchain technologies. Thus, the official announcement made through the Official Twitter account is actually not that unexpected.

Subsequently, the LTC is not the only coin the Wiki Leaks Shop will be accepting. In fact, they will now accept all of the virtual coins supported by the coinpayments.net platform, a network that supports and promotes many virtual coins as a payment method.

Wirex recently made the announcement that Litecoin was going to be accepted on their wallet application in addition to the already in use, Bitcoin. Regarding this decision they have cleared up that their choice is based on the fact that they found Litecoin is way safer and faster than Bitcoin, and that it also has lower chain fees.

Furthermore, the wallet app team stated as well that they have strong reasons to believe that Litecoin will be massively accepted very soon, so the action of enlisting it as a payment method serves a well-deployed strategy.

This way, the wallet app specifically built to accept various Visa Debit Cards, will also be able to accept LTC as a payment method, an action it already deploys with Bitcoin.

The market landscape for Litecoin

It all appears like LTC is putting all of its efforts in making its token to be globally accepted. However, the recent behaviors of the market have made this a difficult task with stubborn decreases we can see very often.

Let’s recall that in the last market wiggle, LTC decreased 5 percent against the dollar. Although this is something they managed to resolve just a few hours later when they achieved to increase up to a 0.48%, recovering once again the green trading numbers.

In the current scenario, LTC is trading up against Bitcoin rising up in a 1.72% above the behavior of BTC, a fact that implies LTC is playing a little bit better than Bitcoin considering how the market is acting as a whole.

The price of Litecoin at the moment is $149.91 per unit, and even though is far from its highest price of $333 the unit, it is now ranked as the 6th most important cryptocurrency in the market; and that’s something may even improve any soon if they manage to recover the number 5th spot on the list.