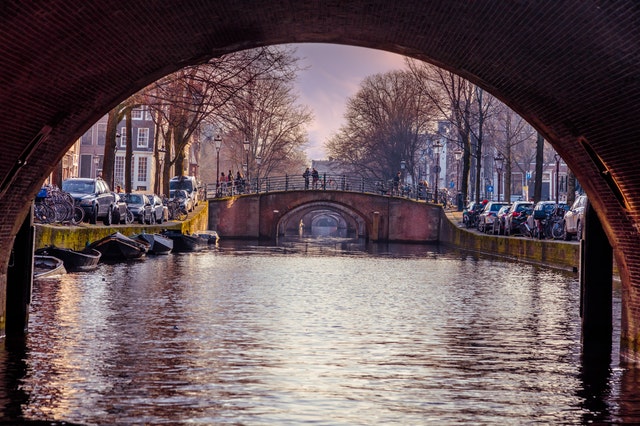 Famous for creating the world’s first literal airdrop in New York, decentralized messaging company Mainframe are touring Europe with millions of dollars worth of MFT tokens to give away. Tonight, excited participants will gather near Liverpool Street Station in London to let hundreds of token-filled balloons fall from the sky above their heads.

From Paris With Love

Last night, Mainframe hit the streets of Paris and organized a pop-up airdrop right in front of the Eiffel tower. Then on June 25, their supporters arrived at a space that held hundreds of balloons filled with tokens for participants to redeem for MFT. Towards the end of the event, the balloons were released and the crowd swept up the free tokens. Each token held a value of 0.1, 0.5 or 1 ETH.

Mainframe tweeted: “HELLO PARIS!  Who wants some $MFT? We’re doing a pop-up Airdrop TONIGHT! Meet us at Avenue Joseph Blvd in front of the Eiffel tower between 9:00 & 9:15! We’ll be the ones wearing Mainframe shirts.”

Why are they giving out so much? Look at DFINITY, which held the largest airdrop of $35 million because they didn’t want to be at risk of a securities violation. Cryptocompanies are worried that performing an ICO may amount to running an unregistered security and they don’t want their products to be at risk in that way. Hence, Mainframe is airdropping their tokens across the world. As they put it: ‘Aliens or asteroids can’t stop this.’

Their philosophy is to perform a worldwide ‘crowdgift’ of tokens, called ‘Proof-of-Being’. They aim to fulfill airdrops in 25 cities across the world. By spreading their tokens freely, without taking payment they will ensure that the distribution of tokens is widespread. Unlike major cryptocurrencies which have the majority of their wealth held by a few individuals, these tokens will really be owned by the community.

Tonight, Mainframe is set to do their magic in the world’s financial centre as London sweats in a rare heatwave. In an event near London Liverpool Street Station, they will again deliver a rewarding event. Rules are only one token per attendee but it’s anyone’s guess how they enforce that.

Mick Hagen, CEO of Mainframe, told Global Coin Report: “These airdrop events are a way for us not only to engage our community but also raise awareness around a larger issue: the need to protect every individual’s rights to privacy and freedom. There’s a perception that the majority of people in the crypto business are here to get rich quick — we are the exact opposite”

The event description said: “If you haven’t been to an event yet, these ones will be bigger and better. We’re taking the events to another level. Europe will be HUGE. With TGE imminent, this is a great opportunity to participate in our CrowdGift and join Mainframe and it’s mission. Privacy. Freedom. Surveillance-resistant communication. As a community, we will bring this to the world.

Amsterdam: ‘Venice of The North’

After London, the Mainframe team will be heading to Amsterdam to run their next airdrop event the following day on June 27. Held at a historic hotel in the centre of the city, they will replicate their iconic MFT distribution while spreading awareness of cryptocurrencies in northern Europe.

Mick Hagen, CEO and founder of Mainframe will be speaking at the Blockchain Expo in Amsterdam earlier on the same day at 4 pm. His talk will be about how Mainframe can be used to protect data from hackers, censorship and other bad actors. He will also criticize companies who ‘auction off’ user data.

A preview to the talk said: “Today’s internet is a candy store for unwanted third parties and bad actors, with shelves restocked every second to feed a binge that’s never enough. Never enough for a surveillance leviathan that slurps up every stream of information — every word digested, every bit analyzed. But technology is biting back with an opportunity to unseat the bloated monarchs who lord over the web today.”

In response to crackdowns on free speech by journalists and citizens in the US and Turkey, Mainframe decided to support Edward Snowden’s Freedom of the Press Foundation. They made the first crypto donation to the organisation of 1,000 ETH ($548,000 USD) to support the non-profit foundation.

Mick Hagen, CEO of Mainframe, told Global Coin Report: “The success of our live airdrops and crowd engagement campaigns are a demonstration of our community’s commitment to protecting these fundamental human rights.”

On June 25, the foundation announced it would support cryptocurrency donations in Bitcoin, Bitcoin Cash, Ethereum, Litecoin and ZCash. It will also be adding Monero to the list. They will use the donation to provide information on the number of press freedom violations in the US.

Mainframe wrote that the donation “stems from the mutual goal to fight not only for a free press, but for a free people in a digital age: free from the chains of censorship, free from the tyranny of unchecked surveillance, and free to use our data how we want.”