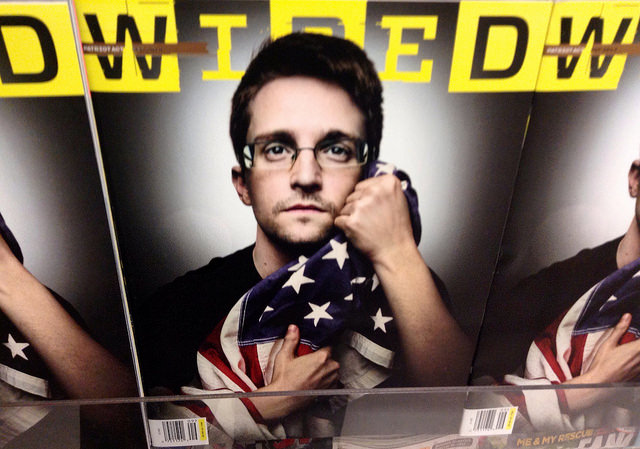 Privacy coins are a hot topic in the current cryptocurrency environment. While governments across the globe look to regulate cryptocurrency trades, privacy coins are doing their best to maintain their anonymity. Coins like Monero and Dash use ring signatures and scrambled transactions respectively. However, Zcash uses a zero-knowledge proof algorithm to obfuscate transaction information. The strengths of each are up for debate, but famous whistle-blower Edward Snowden made his choice clear. Asked in a recent webcam appearance, Snowden commented;

“I’ve said it before and I’ll say it again, Zcash for me is the most interesting right now, because the privacy properties of it are truly unique,”

This is high praise from the former NSA agent who has become a major voice against the data harvesting that is now common on the Internet. Snowden released a treasure trove of NSA and US Intelligence services information in 2013. While he is a controversial figure, his whistle-blowing actions have forced a discussion on the illusion of privacy that society is currently experiencing.

Snowden originally commented on Zcash back in September of 2017. He responded to a tweet that spoke of Zcash’s intense cryptographic credentials, which include both professional and academic developers. Snowden commented that he agreed with the user in question, but also added;

“Zcash’s privacy tech makes it the most interesting Bitcoin alternative. Bitcoin is great, but ‘if it’s not private, it’s not safe.’”

Taking into account Snowden’s life so far, it’s not hard to see why he would have such an opinion. He peered behind the curtain of the NSA and saw exactly the lengths to which they go to spy on the average citizen. Disgusted by what he saw, he began a clandestine mission to release information to the public. This resulted in one of the largest exposes on intelligence gathering in history. Since then, the United States and their allies forced him into hiding in Russia. From there, he maintains a presence on the Internet, advocating against the non-consensual gathering of personal data.

How Zcash Outperforms the Competition

Zcash is a relative newcomer to the field of privacy cryptocurrency if you compare it against front-runners Monero and Dash. All three have an impressive price, but Monero established itself as the cryptocurrency of the dark web. Their ring signature privacy metric helps hide transactions, while their mining algorithm prevents larger scale mining. This resulted in Monero mining software cropping up in malware – harvesting infected computers to mine the currency.

Dash is slightly more mainstream and is one of the first cryptocurrencies to offer real-world usability. Previously called DarkCoin, Dash has signed up dozens of merchants willing to use their cryptocurrency for purchases. Their ‘PrivateSend’ option also allows a theoretically scrambled transaction method that prevents tracing.

Snowden has expressed disbelief that Monero does enough to prevent traceability. Zcash’s cryptographically sound zero proof system is more effective in his eyes – and those of many investors. While Zcash is sitting at 25th in terms of total market cap, Monero and Dash currently lead at 11th and 12th, respectively. That may change with the upcoming hard forks in the Zcash blockchain.

‘Overwinter’ and the Zcash Road Map

The Zcash development team have made it very clear that they intend to use the ability to fork cryptocurrency to their advantage with system upgrades. Instead of soft forking the blockchain, Zcash will perform a full hard fork to the transitive ‘Overwinter’ network upgrade. The development team prefers to call the process a ‘network upgrade’ if only to avoid the confusion that results from using the hard fork terminology within the crypto-sphere.

Overwinter introduces several new features to the Zcash platform. Replay protection prevents transactions performed on the old chain from repeating on the new chain – critical for ensuring a complete transfer over to the new chain. Additionally, transaction expiry will be added and prevent user transactions from being trapped due to miner shortages. A transaction that is not performed in a timely manner will be kicked back to the sending user.

The major key of the Overwinter project is to prepare users for frequent ‘network upgrades.’ The development team hopes that Overwinter will lead directly into their new Sapling protocol in late 2018. If this upgrade goes smoothly, that won’t be a problem. If it doesn’t, they will have valuable data to ensure that the next upgrade performs better.

Zcash and the Market

While many people may have a poor opinion of Edward Snowden’s actions, no one can doubt his technological prowess. As such, his shining endorsement of Zcash is a sign that the development team is performing at a high level. Zcash has the same total supply as Bitcoin – and as such, their market cap can effectively be measured against Bitcoin’s own.

While still much lower, it would be unwise to suggest that Zcash cannot gain ground against the legacy chain. The current price per coin is $245, with a history of prices nearly three times that at the end of the past year. This would require the market to return to previous market cap levels, but very few people doubt that will happen eventually. Given the current nature of government regulation and cryptocurrency skepticism, Zcash could be a very safe investment moving forward.