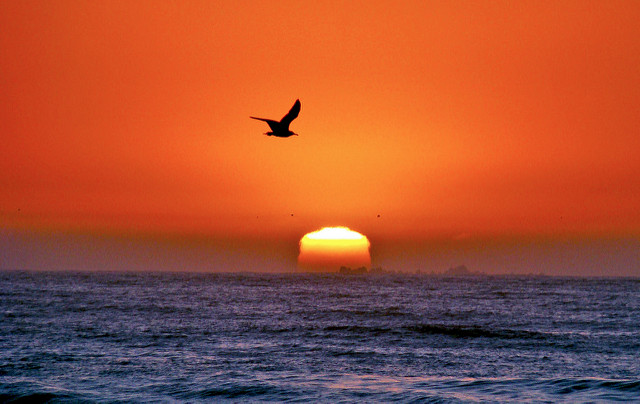 Since the explosion of digital currencies across the global market, besides from having Bitcoin’s value jumping up, the market also experienced expansion having numerous newly established cryptocurrencies being added to the table of digital transactions and overall expansion of cryptocurrency market demand.

One of such currencies emerged in 2014, offering a couple of interesting features that not many coins were offering. But, it seemed that there weren’t many people interested in this currency, so ReddCoin literally started to die out with its price representing how insignificant this cryptocurrency appeared to the market and cryptocurrency traders.

ReddCoin was thus basically inactive for quite a while. Luckily for this digital currency, the tables have turned and by December 21st of the following year 2017, this coin experienced a significant increase of its value, reaching the marvelous 500% of increase. That occasion made this “sleeper” a coin that would draw interest as much as any other popular digital currency currently available on the market. What many people are interested in, especially those who thought ReddCoin was dead, is how did this happen. How ReddCoin went practically overnight from dead to resurrected? How did this cryptocurrency rise from the dead?

To answer this and all other questions related to this digital currency wonder, we first need to tell you more about ReddCoin and its features that makes it special in the world of cryptocurrencies.

ReddCoin was originally designed to fit the idea of having micro transactions done over all major social networks. That feature is maybe one of the most important perks this coin is carrying. Why?

The answer is pretty simple if you think about how much time we are spending hanging on social networks, added to the fact that almost every person on planet, narrowing down the list to all people who are actively using internet, has a profile on more than just one social network. Moreover, statistics claim that most people will have at least one profile on minimum three major social networks.

The main idea behind those micro transactions that could be done with ReddCoin was to enable the fun factor when managing payments and transactions as all transactions would be manageable and fully operational across social networks and via your personal profile where your profile would be linked with your ReddCoin wallet – as all cryptocurrencies, ReddCoin is kept in wallets and is based on blockchain technology.

That is how you would be able to get involved with micro transactions across all social platforms with ReddCoin, using Tip Platform which represents a decentralized blockchain based technology where people can exchange transactions and even provide donations and support for content creators they find worthy and interesting.

ReddCoin also has a code known as RedID which is basically a blockchain encryption that enables a user to associate all information related to social network profiles, public keys and identities related to social network profiles. As all cryptocurrencies, ReddCoin is also protected and safe to use and store within your wallet thanks to the blockchain based encryptions that support this decentralized system.

And what may specifically sound good to all miners out there: ReddCoin mining is performed within PoSV (Proof of Stake Velocity) which is a new type of algorithm that, unlike PoW and PoS algorithms that are often used, is made and especially designed not to waste or use massive amounts of electricity while mining, making the mining process more economical and easier for miners.

ReddCoin and the Amazing Increase of Value

ReddCoin had all these amazing features even before its value jumped up more than  500% gradually reaching the increase of 650% only a couple of days after the original increase and years long inactivity before that.  So, why did the increase happen just now and not before?

Apparently ReddCoin managed to experience its thrive joining the team of popular digital currencies when John McAfee twitted about this currency, making it his cryptocurrency of choice. For those who don’t know who John McAfee is, if that is even possible in case you have ever looked for a decent antivirus program, John McAfee is the McAfee Antivirus creator. He mentioned ReddCoin in his post on this social network as a promising cryptocurrency that stayed in the shadows for too long. After being almost inactive for three years since it was launched in 2014, only now is ReddCoin seen as a valuable investment.

Having a cryptocurrency that is fully operational and enabled for micro transactions across social networks while supported by blockchain technology and wallet encryptions is a great opportunity for having all your transactions done within your social network account – simple, easy and without a third party getting involved, but people are obviously yet to recognize ReddCoin as valuable.

Although ReddCoin experienced a major increase that went over to 650% in only a couple of days, the last days of 2017 had brought this coin a sudden drop of little over 30%. ReddCoin value now totals 0.013299$ per one coin, but the total value of all ReddCoins available on the market gives us a magnificent outcome of 648 million dollars. That is a lot to process indeed, but how come that ReddCoin dropped only a couple of days after its value reached 650% of increase?

Some people indicate that the sudden increase was actually a product of a well developed scheme, which would explain a sudden drop of value only a couple of days afterwards. Some suggest that even John McAfee was involved and that his tweet was staged so he could earn profit and sell ReddCoin when the price jumps. Only a couple of days afterwards the value went down, which could support this theory.

For those who still think that ReddCoin would make a great investment, we suggest to wait for the year 2018 and see what would happen to ReddCoin’s value during the first couple of months. If the price continues to drop lower, ReddCoin will probably get back to hibernation and inactivity once again, but we will have to wait and see.

Bitcoin ETFs On The Way