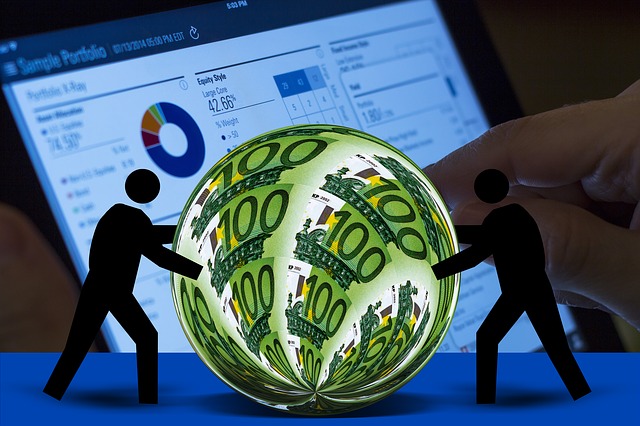 “We don’t know when but Internet Of Value solved by Blockchain is going to happen. Make sure we are in the position before this thing takes off.” That’s what Chris Larsen (Ripple Labs’ co-founder) told to Asheesh Birla, a Ripple employe several years ago. This quotation includes everything Ripple is, everything it does and everything it aims for.

Let’s start by explaining the meaning of “Internet of Value.” This is a philosophical idea that was probably, though we don’t know for sure, put forward by Ripple’s founders. It refers to the expectations of current internet customers and users.

They want for money to move around the internet as quickly and as seamlessly as the information they use. If you want to send somebody money over the web, it should be as quick, safe and cheap as sending an e-mail, that’s the main idea.

So has Ripple made sure it’s there before this thing takes off? Let’s see.

One of the most archaic financial services in the world is the international transfer among banks (something you can’t really do over the internet right now as a private citizen except for credit and debit card payments). This is because settling international payments relies on the SWIFT system.

It was implemented back in 1975, way before personal computers, smartphones, let alone the internet were imaginable technology except in Sci-Fi. SWIFT is slow, expensive, and prone to errors. That’s why companies as MoneyGram and Western Union have become giants in the financial world without being banks. They found a way to improve over SWIFT, if only marginally, in speed and cost, so now they manage most of the world’s international remittances.

We don’t know when but Internet Of Value solved by Blockchain is going to happen. Make sure we are in the position before this thing takes off.#faithinXRP https://t.co/tV9Bm2W31w

Over the last few years, a new industry has emerged, called “fintech,” which is a contraction for “financial technology.” The point in it is to serve all those customers who are either being poorly served (sometimes, not at all) by banks, for whatever reason. Paypal is one of those companies.

Just think how easier it is to transfer money to another country using Paypal than your usual bank. Fintech is more efficient, cheaper, and technologically savvy. As a result, banks are starting to lose a piece of their business.

Ripple Labs has found ways to use the internet and blockchain technology to process and settle international payments at costs even lower than fintech’s, at higher speeds (basically, in real-time), and with the security that only the blockchain can guarantee. There is a token associated with the technology (XRP) which is used as a mediating currency to complete each transfer.

By partnering up with banks all over the world, Ripple is improving customer experience, lowering costs, and using the internet and the cryptosphere so that money moves around the internet even more smoothly than e-mails.

Thus Ripple is indeed creating a healthy ecosystem in which the Internet of Value can become a reality for everybody. It will start with banks and other financial institutions. But sooner or later it will reach private persons like you and me. It seems that Ripple was indeed in position before the thing took off.

Charlie Lee of Litecoin fame and the HTC Exodus phone

Why all the Ripple partnerships make XRP more valuable