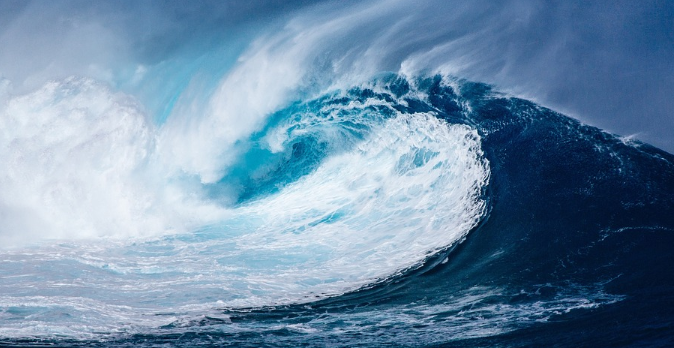 Ripple, the blockchain technology, the company, and the associated cryptocurrency (XRP) started somewhat poorly. The crypto community was very skeptical about the network’s centralization features (which have been thoroughly denied by the company) and the fact that it’s a platform that aims to strengthen the global financial system instead of undermining it (which is supposed to be the whole point in crypto) didn’t help to make it popular either.

Well, the times are changing, and it seems that the ugly duckling is finally becoming a swan.

Ripple is being either tested or adopted by many of the world’s biggest and more influential banks. They are more than a hundred now, and they recruit a new one almost every week.

A rumored deal with Catalyst could bring 1400 new banks as users to the Ripple Net in a single deal. That kind of new agreements with massive partners will drive XRP’s demand up. It will create value and increase the price.

As you probably already know, the crypto market has been in free fall since last December, and most coins have been losing value. Only a handful of cryptocurrencies have been able to gain modestly, and XRP is one of them.

Bitcoin’s stabilization at around $ 6,500 could also be a factor for XRP’s growth and increased investor confidence brought about by a stream of exciting announcements.

Experts keep reminding the cryptosphere that the market is still far from mature. The value of most cryptocurrencies is currently driven by speculative pressure instead of mainstream adoption. This puts Ripple’s XRP in the privileged position to be the first token whose value will actually be determined by supply, demand, and real-life value.

Just a few weeks ago the Ripple Swell conference took place, which is the company’s annual meeting with investors and partners. Bill Clinton delivered the keynote speech, and the company announced xRapid which is to become its flagship service. It will use XRP working in tandem with Ripple’s blockchain so that banks can settle international payments in a matter of seconds, instead of the days they usually need.

The Bill and Melinda Gates Foundation is also partnering up with Ripple. Along with Coil, the three institutions will develop an interledger protocol. This means that the new protocol will link different payment layers (which are not compatible so far) so that payments can be settled without any friction.

Another interesting development comes out of the Whitehouse. It is not confirmed yet, but it seems that President Donald Trump is interested in Ripple. It’s anybody’s guess if he understands the first thing about the blockchain, but he wants it as the US Blockchain and Cryptocurrency official option.

The reason for this is that XRP cannot be mined at all. It was already mined in full by Ripple Labs before it went online, and that means that the network’s control cannot end up in China, which is what has happened to many other projects, Bitcoin main among them. If the US Federal Government takes Ripple’s side, it would be a massive development since regulatory issues have been an issue for Ripple, at least regarding public perception.

And then, the Japan Consortium Bank has created a project for peer-to-peer money transfers called SBI Ripple Asia. It includes an app: Money Tap.

Ripple is putting a lot of pressure on Ethereum. It’s smaller by market capitalization by only three billion currently. But it keeps going up and reporting good news as Ethereum keeps going down and saying bad news.

So don’t be surprised if XRP takes over ETH’s place behind Bitcoin sometime soon. Remember also this: XRP was last year’s most profitable cryptocurrency even before the long list of successes it’s had over the present year.

We all know that a bull run will come to the crypto market sooner or later, we just don’t know when. The thing to keep in mind is that, as things stand right now, it could be led by XRP and Ripple.