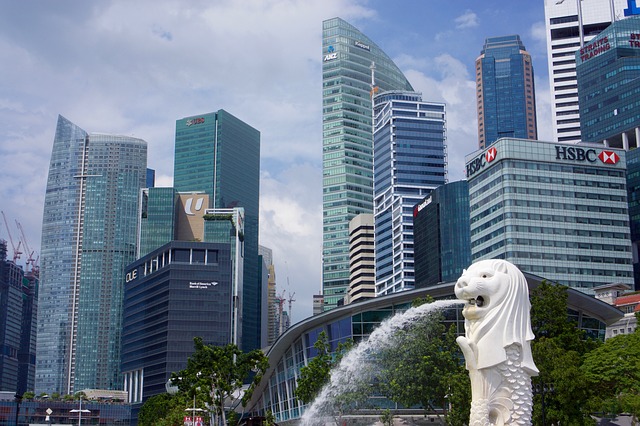 According to a recent report by Global Market Insights, the blockchain market in the Asian Pacific region has seen significant progressed, thanks to the upsurge in the number of investments in blockchain-based firms. The report also made revelations that the market is expected to hit over 16 billion US dollars in the next few years, likely by 2025.

Back in 2016, the number of investments that were made in blockchain-based startups (including Ripple as it got in the game in 2013) was approximately over 130 deals. At the time, those deals brought over 545 million US dollars to the market, laying a good foundation for the market to grow by over 50 percent the following year, which saw the market gaining over 1 billion US dollars from such deals.

The increase in funds is a sign of the acceptance and continuous development of new technologies, that strive to retain and grow the number of investors in the blockchain. As a result of this, blockchain technology continues to witness a significant increase in adoption, even from traditional industries. Take the fruity relationships of Ripple (XRP) with giant financial institutions such as Banco Santander, for example.

One of the products that are keen not to be left behind in the front of innovation is the Digital Ledger Technology, which has been experiencing large growths in adoption levels. This does include not only large firms but also some of the upcoming SMEs in the world of business. Some of the giant companies that are embracing digital ledger technology into their operations include IBM, Amazon, Abra, Microsoft, Earthport, Blockstream, Asta Salotions, Bacoor, Coinbase, Blockstream, Bloq, Digital Asset Holding, BTL Group, Chain, SAP, BitSE, R3, and Ripple among many other companies.

Invoice financing is a well-known business function in both small and medium companies that are in burning need of cash. For those who might not be aware, invoice financing is the process that involves businesses trading off their invoices to third-party financers in exchange for instant funds. These invoices are traded off to financers at discounted figures which allows them to later cash with the debtors to get the full amount. It has been a different idea from Ripple blockchain as of now, but a good one, we must agree.

For example, a person who is running their business is supposed to be paid 15,000 US dollars from its debtors, but the date of payment is about a month away, but the person urgently needs cash to purchase a new machine. The person can sell off the 15,000 US dollars’ worth of invoices to a financer to get an instant 10,000 US dollars in cash. The financer can later claim the entire sum of 15,000 US dollars from the debtor creating a win-win situation for both parties. Invoice financing is big in the European Union and the US but is steadily growing in the Asian Pacific region. 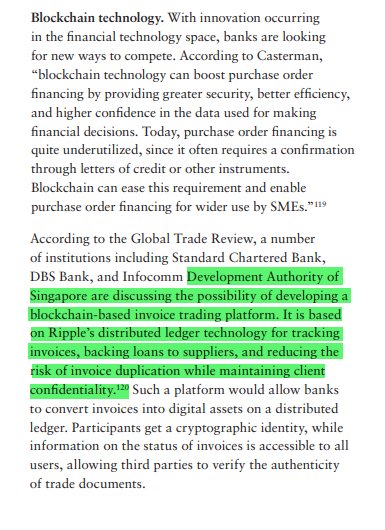 Throughout the world, blockchain technology is making data management more efficient while ensuring security and interoperability is core in their operations. Governments of countries such as Singapore are making headways in adopting this new technology by making numerous policy changes and initiatives to gain a better understanding of blockchain technology and to benefit from it maximally.

In Singapore, DBS Bank, Infocomm Development Authority of Singapore (IDA), and Standard Chartered Bank developed a proof of concept for their blockchain-based invoice trading platform. The platform uses distributed ledger technology of Ripple (XRP) to support the project for tracking invoices, reducing invoice duplication risks, backing loans to suppliers while maintaining the confidentiality of their customers.

Subsequently, the authority intends to develop a platform that will allow banks and financial institutions to convert invoices into virtual assets on a distributed ledger (of course on Ripple blockchain). Considering that participants are allocated a cryptographic identity, privacy is maintained, while the information concerning the status of the invoices seeking funds is accessible to all concerned users.

The Ripple-based project by Singapore authorities, which is yet to be given a name is predicted to be an open ecosystem that is going to allow neutral third parties to participate and verify the legitimacy of a trade document being financed.

Ripple xRapid might push XRP price up now. But what about the long-term?

When Will Cardano Take Off?