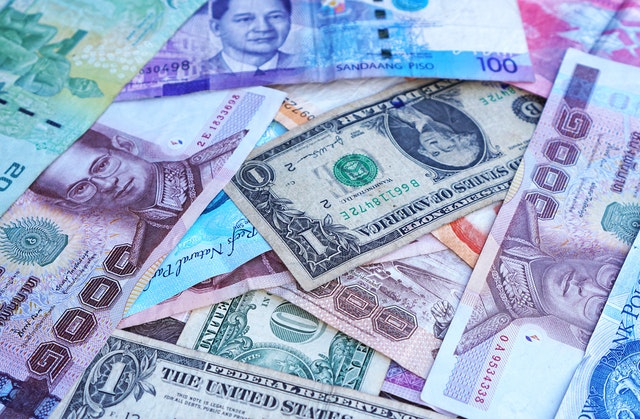 The last week has been ecstatic for TRON, TRX, and all supporters and HODLers of TRX. This is the case because TRON has launched the long-anticipated main net, which means that the TRX just got ready for the next stage of its development. With declaring the day of independence for TRX and blockchain technology, Justin Sun introduced TRON to a new era where there might be a neat spot for TRX and TRON foundation on Forex Global Exchange.

TRON started out strong in June as it managed to get three new listings in the course of only a week, mostly due to the fact that TRON has just released its main net with the coin migration supported by the exchange DragonEX. Among CoinEx and Max exchange markets, TRX also got listed on Indodax in the course of the past seven days, that way increasing its exposure.

Although seemingly still unappreciated in the market when it comes to the value of one TRX unit, TRON on the head with Justin  Sun is actively and proactively working on the development of TRON network as well as working on mass adoption.

One of the latest achievements that confirmed the significance of this blockchain project is the fact that TRON has recently partnered up with Shift Market.

What brought even more attention to this partnership is the fact that TRON might be entering Forex Global Exchange thanks to the CEO of Shift Markets, Ian McAfee.

TRON might as well be on a great path towards completing this objective, as it became evident that with the latest partnership with Shift Markets, TRX will be entering Forex Global Exchange.

It has been stated that TRON will be entering the Forex market, which means that this crypto will become available on the mentioned global exchange with the appropriate trading pairs.

To honor the partnership with Shift Markets, Justin Sun tweeted about the partnership, inviting the public to stay tuned, that way implying that there will be more surprises yet to come.

Ian McAfee, the CEO of Shift Market, also tweeted on this occasion, stating that he is happy that TRON will be surpassing the gap between fiat currencies and cryptos thanks to the Shift partnership.

What Forex is more likely to do for TRON is to increase its exposure in different markets around the globe, which means that TRX might be looking forward to an increased value despite the case scenario during the past month where TRX just couldn’t acquire any crucial rises against the dollar.

Moreover, with TRON entering Forex exchange, its value may consequently rise while having a digital currency successfully “infiltrated” into the world of fiat values.

However, it is a realistic fact that the holders and investors will have to give a little time to this partnership in order to be able to see the results of the Forex exchange listing.

After the announcement of partnering up with Shift Markets, TRON has gained yet recognition by having been added to a new listing besides from the previously mentioned exchanges it scored at the beginning of June and after the main net launch.

This time, TRON has been listed by a prominent exchange, BitForex, which is known by only adding the top promising coins to its listing, which means that this listing means more in the terms of having TRON gaining recognition from a high authority exchange market.

With numerous support teams positioned across nearly 90 different countries around the world, BitForex listing makes up for another great strategy for getting more exposure for TRON and TRX in the crypto market.

Despite the amazing atmosphere of having TRON thriving in the past week since the main net launch, we can see TRX dropping against the dollar today on June 7th.

The market seems to be divided in a sense that while some cryptocurrencies are going down in the red a handful of its peers are going up against the dollar.

After the latest change in the market, TRX has suffered from a minor drop of barely 0.30% against the dollar, which means that TRON can currently be traded at the price of 0.059$ per one TRX.