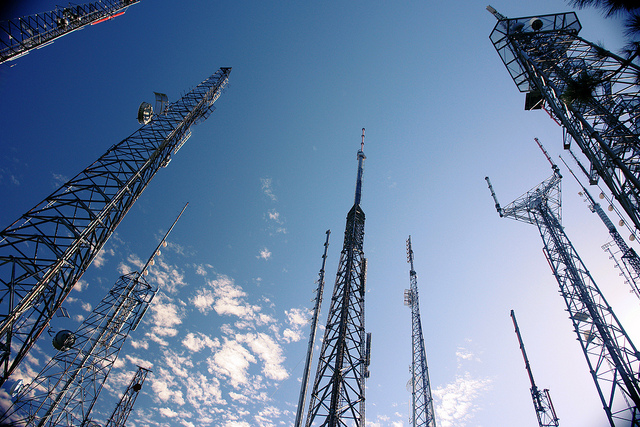 IOTA has been one of the most talked-about currencies lately, as the team behind IOTA is stepping up with delivering their technology to the point of fixing “real life” problems. That is how IOTA now has the first IOTA charging station for electric vehicles, as launched due to their cooperation with Elaad. The station is fully operational in the Netherlands. However, IOTA charging stations for electric vehicles are not the only technological achievement made by IOTA – we are thus interested in listing all the reasons that make IOTA’s Tangle ahead of its competition in the technological sense.

The main difference between the Tangle network and a common blockchain-based network is the fact that Tangle can work on larger projects, which helps IOTA identify with a high level of innovation when it comes to bringing novelties into the world of blockchain technology and decentralization.

That is how IOTA is able to power up a fully operational crypto-charging station for electric vehicles, while this task would be one bite too much for many cryptocurrencies, even the advanced one in the technological sense of speaking.

Another thing that makes Tangle stand out from the crowd of blockchain-based platforms is the ability of Tangle to record all transactions being done through this network on the entire network, instead of recording transactions on a single chain, like it is the case with the majority of digital assets with native platforms.

Thanks to this protocol, Tangle makes up for a more scalable decentralized environment which means that IOTA’s network makes accepting implementations and modifications far easier and simpler.

Blockchain-based transactions, as it is already proven multiple times before, makes up for a great choice when making global transactions, especially when compared to the way transactions are being traditionally made.

However, although blockchain technology is, in fact, a faster and more cost-effective way of making payments, some platforms make a better choice for making transactions.

That is how Bitcoin, although the first and original cryptocurrency, isn’t fast enough when it comes to making transactions in oppose to a portion of other platforms and cryptos. IOTA is one of such cryptos because transactions are made to be very fast on IOTA’s Tangle.

IOTA made a protocol for Tangle that enables fast transactions by working in a unique way. Apparently, Tangle is made to act in a way that the more users are using the network, the shorter the time of making a transaction would be. That way, IOTA can avoid traffic jams and prolonged transaction time.

In addition to having a jam-free network with fats processing time, the confirmation time on IOTA’s Tangle is also reduced to a minimum, while most platforms take a double-digit number in order to process a transaction.

Although 20 seconds is still faster than waiting for 3 to 5 days with traditional transactions, this is still very slow for blockchain technology standards. That is how IOTA is solving a double-digit number for processing transaction with Tangle.

IOTA and Little or No-Fee Micro-Payments

In order to provide a near-flawless user experience when it comes to making micro-payments, IOTA has designed its network to be able to process small payments without applying large fees. That is how IOTA is designed to “ask” for fairly low fees or set a no-fee policy at all where applicable.

The majority of other networks are not feasible enough to be able to process small payments in a way IOTA does, so Tangle wins another round here while going ahead of its competition.

Scalability is usually the number one problem for the majority of blockchain-based platforms. This, yet again, is not the case with IOTA’s Tangle.

Tangle is created in a way that enables this network to become faster with the increasing number of users and transactions processed through its decentralized platform. This is not the case with its competition, as many networks have major problems with jammed traffic which is the result of a non-scalable ecosystem.

Due to its increased scalability, IOTA is also able to easily apply changes and modifications to the system, which makes it easily modified and highly scalable, which is more than needed for future updates and technological evolution.

IOTA goes beyond a simple method of payment and a platform for making fast transactions on a global level. IOTA, thanks to its advanced technology that gave birth to Tangle, has an amazingly bright future in the Internet of Things.

This is the case because users of MIOTA can easily use this technology for IoT integration, using IOTA for machine-to-machine communication.

With IOTA, all purposes related to the Internet of Things can be easily supported as Tangle stands for integrity, safety and protection of all users’ data and information, making machine-to-machine communication easier than ever which can be seen in its latest technological achievement – the IOTA charging station for electric vehicles.

IOTA is one of the currencies that have been doing a great job in recovering from the market crash, which means that IOTA has been showing signs of trading up in the green for days. However, we can see that the situation in the market started to change as IOTA is dropping after the most recent change in the market.

After the latest change, MIOTA is trading in the red while dropping at the rate of -14.28% against the dollar, which is a pretty negative turn out for this currency given the fact that it was doing a great job with its rebound against the market crash.

The record price of IOTA as marked back at the end of 2017, in December went up to around 5.30$ per one unit. Although MIOTA was slowly progressing towards acquiring its record price again, the latest drop of over -14% made it farther from this goal.

EOS Is A Shining Star In The Cryptoverse