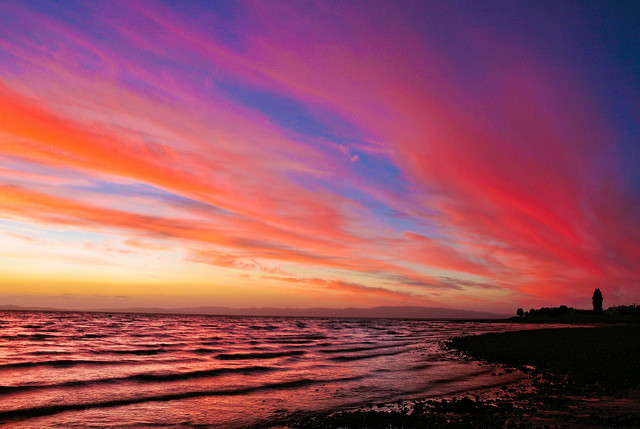 Aeternity (AE) is the pet project of Yanislav Malahov, who was long associated with the Ethereum team. Currently, according to coinmarketcap.com, Aeternity (AE) holds the 29th position (as of 3rd May 2018). Many crypto coins have come up after the launch of Bitcoin and Ethereum that aim to be one step ahead of these two. Aeternity focuses on the scalability issues and has been designed to offer more advanced scalable smart contracts and decentralized oracles. The transactions require high bandwidth. The developers of Aeternity claim that it has the capability of providing feasible solutions to all the challenges currently faced by the blockchain technology.

From the white paper of Aeternity (AE),

“We present a highly scalable blockchain architecture with a consensus mechanism which is also used to check the oracle. This makes the oracle very efficient, because it avoids layering one consensus mechanism on top of another. State channels are integrated to increase privacy and scalability. Tokens in channels can be transferred using purely functional smart contracts that can access oracle answers. By not storing contract code or state on-chain, we are able to make smart contracts easier to analyze and faster to process, with no substantial loss in de facto functionality.”

The Issue of Scaling Smart Contracts

Ethereum was the first to allow development of smart contracts on the blockchain. But, currently, with so many smart contracts and dApps launched on the Ethereum blockchain it has now become difficult to scale the execution of these smart contracts on the blockchain. As the number of applications and transactions increase the network takes more and more time to complete the transactions. NEO uses a different consensus mechanism to scale its dApps platform to prevent this scalability issue. Zilliqa, on the other hand, integrates sharding technology that allows linear scaling of the blockchain. To address this scalability issue Aeternity (AE) plans to move smart contract execution off-chain. It is ‘combination’ of off-chain settlement of contracts and sharding. Aeternity is currently studying and experimenting in this area.

A unique feature is that the contracts on the Aeternity network do not maintain any state of their own. It is checked by the people confirming the transactions and is submitted as input during execution. Therefore, all the contracts on Aeternity are a “pure function that takes some input and gives a new channel state as output.” Till now, separating stateful and functional demands is an important mark in solving smart contract scalability. Compared to the stateful programs, functional programs are much easier to scale. The smart contracts on Aeternity are developed using the Chalang language that compiles to bytecode.

Consensus mechanism of the Aeternity Network

Aeternity (AE) aims to be the most accessible network to the developers. Hence they are working on creating JSON APIs and JS libraries for web development. The Aeternity network uses a combination of Proof-of-Stake and Proof-of-Work consensus mechanism. Proof-of-Work helps in determining the block order. The consensus mechanism of the Aeternity network not only facilitates the generation of new blocks but also gives the nod to the answers to Oracle questions as well as the values of the system’s parameters.

A smart contract system must have Oracles that refer to the validity of values from the environment. An oracle basically is the doorway to the data hosted outside the blockchain. But, oracles are generally singular, centralized data streams that often brings in security risks. To determine whether a supplied fact is true a new consensus mechanism has to be placed on top of the existing consensus mechanism. However, executing two consensus mechanisms in this manner is quite expensive (almost the cost of running two mechanisms separately). Also, this strategy does not add security and if attacked it can be made to produce “false” values. The development team of Aeternity is working on converging the two consensus mechanisms into one such as not to compromise on security and to prevent excess expenses. The Aeon token holders can publish an oracle by simply answering a question in affirmative or negative. By planning to decentralize the oracle with their oracle machine, Aeternity will actually tighten the security of the network and the smart contracts developed on it.

Governance of the Blockchain

It has been observed that there is always the risk of creating a hard fork when a system upgrade needs to be done. It leads to many complicated issues with long discussions among the value holders. According to Aeternity, the issues arise due to lack of transparency and a well-defined process for protocol upgrade. To solve this, Aeternity has incorporated its governance system into the consensus. “It uses prediction markets to function as efficiently and transparently as possible.” This way the user will learn to manage and improve the protocol and in case of a hard fork, they will be better able to decide on which version of the code they will agree on.

Launched in the cryptocurrency market in June 2017, Aeternity (AE) currently shows the market cap of approximately $1,071,001,703 USD on coinmarketcap.com. (As of 3rd May 2018) When considering its practical plans to solve transaction speeds, scalability issues and governance of the blockchain, it is a coin worth investing in. As to whether AE will stay for eternity it is hard to determine at the moment as Ethereum is also coming up with feasible solutions to the present issues of blockchain technology and many other cryptocurrencies are also trying to solve these issues in their own way.

Investing in BitShares: Reasons Why It Can be Rewarding for Crypto Traders

Reasons behind the Success of Golem Network (GNT)