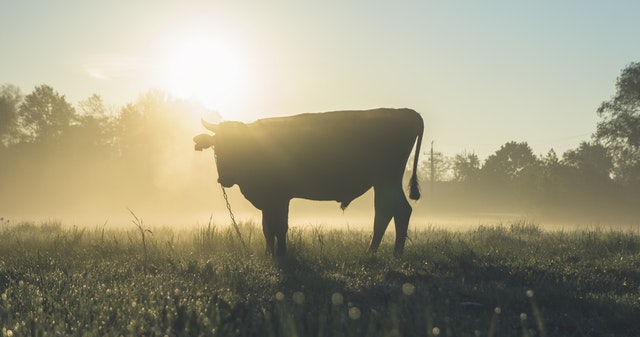 The cryptocurrency market has been experiencing faint signals of recovery when top-5 crypto giants went green yesterday. It seems as though the market could turn to a bullish trend for the remainder of the week if nothing bad happens. Even when the market is struggling for a complete reversal of last week’s damage, Bitcoin Cash is performing better than other cryptos effortlessly. On 4th June Bitcoin cash nearly doubled its figure over 7 days. All that’s left to see is whether BCH markets can maintain this uptrend.

Bitcoin cash community members have been comparing it with BTC in terms of gains, traction, adoption, volume etc. since the very beginning. The reason why BCH soars so high is that of its dedicated community members and investors. A cryptocurrency’s demand is measured by its volume which turns out to be a useful indicator while analyzing a crypto’s success rate. Analysts have indicated that BCH market’s increasing volume might be the cause of its bullish trend. Currently, 13.26% of BCH volume is coming from OKEx where $88.3 million USD worth of Bitcoin Cash has exchanged hands at the individual price of $1131.50 USD while its total volume for the last 24 hours is close to $643 billion.

Some experts believe that a bull run is just around the corner for Bitcoin cash. There’s been a revelation from Roger Ver, whom people know as cryptocurrency evangelist and promoter of Bitcoin cash that the currency might get adopted by thousands of Japanese retailers as a payment method and thus enter the Japanese market.

Although it’s still just a hint which was given during a recent interview and not an official announcement, therefore, it’s still unknown as to when this adoption will take place. Roger Ver seemingly announced that some tens of thousands of convenience stores and retailers are up for accepting Bitcoin cash soon. This would allow people to buy stuff with BCH and also pay their bills with it. Ver has also pointed out towards the impending partnership with Menufly for accepting BCH as payment for its large-scale operations in major cities and bitbox to provide developing tools for devs utilizing Bitcoin cash network.

Since its inception, Bitcoin cash has been aiming towards becoming global payment mode and rule the sector by injecting the digital currency into the daily lives of people. Bitcoin Cash Foundation has made gradual advancements to clear BCH path by including more features in it and making it better than its core project, Bitcoin.

Bitcoin cash strives to be better suited for consumers as well as businesses and in countries with the high inflation rate, Bitcoin cash becomes more useful than fiat currencies. In order to quicken the pace of global adoption, the team behind Bitcoin cash has created BitCashers.org. One of the many purposes of BitCashers.org is that it is likely to promote Bitcoin cash as a ‘made for business’ crypto to the global audience and thus increase the number of BCH users substantially.

There’s one another of Bitcoin cash hitting headlines these days and it’s regarding a new initiative that convinces Bitcoin cash miners to process a limited number of 0 fee transactions in every block by removing dust limit. This initiative has gained support from many renowned individuals and companies such as Prof. Craig Wright who promotes Bitcoin. The said initiative turned heads when nChain and CoinGeek that their respective mining firms will start allowing their users to make transactions for a negligible fee (even less than 1 Satoshi i.e. $0.00001137). Through this initiative, some companies are aiming for Bitcoin Cash growth and promote competition free marketplace among miners.

The total market capitalization of Bitcoin Cash is close to $19.4 billion USD according to CoinMarketCoin data at the time of writing. Having amassed such a huge market, Bitcoin cash is now available everywhere and assisting global vendors to make and accept payments directly without depending on any bank, government and payment service. It is presently ranked as the 4th biggest cryptocurrency worldwide.

Bitcoin Cash undoubtedly has untapped potential to rise above the rest of the altcoins and change the course of crypto history by becoming the first forked digital asset that’s more profitable than its core project. There are many indications that Bitcoin cash may rise in the remaining week therefore, crypto enthusiasts believe that it might be good time to go all in. With new ideas like BitCashers.org, BCH team is actually trying to gain more attention from vendors, retailers and also developers from all over the world. If things go well, then $1500 mark can be possible to reach.

NEM (XEM) Gears up for an Upswing with Exciting Partnerships