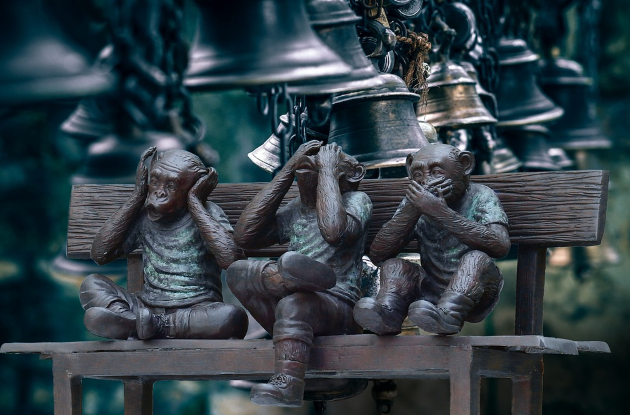 The cryptocurrency markets have stayed shaky for a good number of days now, again, with top 3 cryptocurrencies Bitcoin, Ethereum and Ripple (XRP) not being a difference from the rest of coins. The situation has left many wondering about price forecasts of these top-ranked virtual currencies, here in this post we’ll do some short-term price analysis of the three.

Bitcoin’s most recent peak was around $8,500 and, by definition, it’s been going down ever since. It’s lost almost 25% against the dollar. A lot has been said about SEC’s decision to leave the ETF decision for next month, and that surely didn’t help at all, but the current lows owe more to speculation than to the day’s news.

The usual technical market analysis tools suggest that if Bitcoin doesn’t go back up to at least $6,700 mark, then it will keep dropping against the USD slowly. If the current bearish trend keeps dominating Bitcoin’s trade, then it’s unlikely that the downward spiral will stop until it reaches $6,000 because that’s the point at which the price could make new buying orders tempting for speculators.

So no good news for Bitcoin, it will keep going down very quickly for some more time yet. That is terrible news not only for Bitcoin but the whole market as most other coins usually mimic BTC’s market behavior closely. But the number one cryptocurrency my market cap, Bitcoin has started to show some resistance already, went up by 2% in the last 24 hours. We need it to hit $6700 as quickly as possible to enter a mid-term rally.

Things have not been any better for Ethereum, the market’s second digital asset regarding market capitalization. Half of the last week, the cryptocurrency lost around a tenth of its value every day. It’s below $340 right now, and market indicators characterize this position as entirely bearish which means that it can keep losing value.

The market is expected to start buying again when the coin reaches $330, but it’s possible that they won’t until it falls to $315 or $320 (is trading at $321 currently) which could be reached quickly as things stand.

If it were to go up again (which is tough in the current market conditions) even if Ethereum is the coin that is most independent from Bitcoin’s performance, it would face trouble when reaching $388. While reaching that level is possible according to technical indicators, nobody really expects this token to go up quickly now. Will take some time.

That is good news for users of the Ethereum network as the gas price (which has become one of the most common complaints about Ethereum over the last months) will be less expensive thus retaining users, decentralized apps, and developers that have been looking to adopt other blockchains to save costs. But this is a band-aid and not a long-term solution. Also, holders won’t be happy.

The bears have also been playing with Ripple’s XRP. The “unthinkable” happened as it went below the 0.35 USD mark, which was considered to be basically impossible by many observers and analysts. Some days of last week, it lost 15% on a daily basis.

A selling order of ten million tokens is suspected to have had a lot to do with that drop. But in a market that sees a hundred new tokens every month, and the way things are going for all tokens right now, blaming a ten million transaction for such a significant change in price seems a little silly.

XRP’s markets are expected to start moving again when the price drops to 0.325 USD, but if such response fails to materialize, then it’s anybody’s guess what comes next as the token moves into an uncharted area that allows for no predictions at all. Below this pivot point, anything could happen from a recovery to a continued downward spiral.

If, on the other hand, XRP goes up quickly (unlikely to happen anytime soon), it will probably hit the wall when it reaches $0.365. Under the current conditions, XRP can overcome the bearish trends if it finds a way to get back to $0.40.

To wrap things up: there’s no great news on the horizon for any of the three big boys Bitcoin, Ethereum, and XRP. Even after seeing little greens, they are all still feeling the bear’s hug, and it just won’t let go. The current bearish trend is sure to end, but while the current market developments point to the final stages of the bearish run, there is still no sign that it could be that imminent now. In the current climate there are only two possibilities: be patient or buy.

Litecoin (LTC) price prediction: The bulls might soon take over, here is why