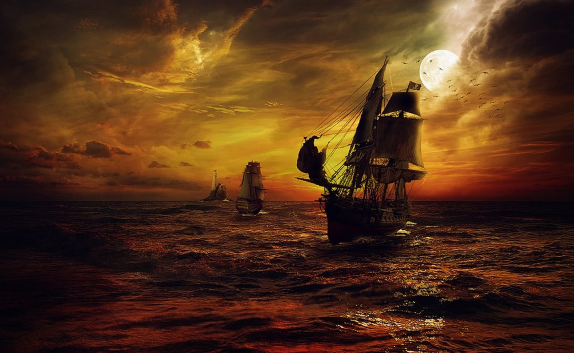 Ripple’s XRP was last year’s best performing coin so as the current year started, it had gained credibility, and much was expected from it. So far it’s been relatively shaky (which is no mean feat in a market that’s been bearish for 7+ months now), but it’s performed more or less in the same way as the whole market has, which is to say, dismally.

And yet, there’s reason to believe that XRP is severely undervalued and a stream of recent excellent news help prove that point.

BitcoinSuperstore is a platform that allows you to use a selection of crypto coins to pay for goods and services online (Amazon and Walmart, for instance).

The platform just announced it would be accepting XRP as means of payment which gives XRP holders to more than 200,000 online stores all over the world. This is a milestone for Ripple as it means that non-institutional users will finally be able to transact in micropayments using Ripple’s token.

Coinbase launched a custodial service a month ago, more or less, and it’s considering forty digital assets to use as wealth storage for their institutional clients.

While this means only one new user for XRP, the announcement denotes confidence in XRP’s future performance and reliability. This doesn’t mean that Ripple’s XRP will be available for trade at Coinbase, but it will undoubtedly create demand nevertheless.

You can follow the way the Ripple ledger evolves in Twitter. The xrpl_monitor Twitter account gives out a tweet for every transaction held in the network, and over the last 24 hours, it’s reported an unusually high number of significant transactions. The good thing about this is that every transaction fee must be paid in XRP so this creates demand for the token thus driving price (or at least, stability) up.

Ripple Labs announced that 2018’s Q2 had been the best since the company’s foundation. And that happened while the market is bearish. Of course, this has to do with Ripple, the company, and not with Ripple, the token, but the two entities are linked strongly enough that what’s good for one is good for the other as well.

Wirex is a company that issues debit cards. Visa debit cards, to be more precise. They announced they are adopting XRP which means that you can connect your digital wallet to a debit card and use XRP to pay for groceries, the movies, cigarettes, or anything else for which you use your card on a regular basis.

Welcome to the club #xrp

This is a breakthrough that could surpass the BitcoinSuperstore one because while the latter is for online use only, this one means that you can use XRP to pay for goods and services in the street. Ripple is, at last, changing their paradigm.

In honour of #XRP going live on @Coinsquare –> What is XRP and how do you buy it in #Canada? https://t.co/s4emJdDJOf pic.twitter.com/qkK8lQwGEa

It seems that TechCrunch’s founder tried Ripple out, and he loved it. He transferred fifty million dollars through the Ripplenet. The transaction was settled in three seconds, and the fee was 3 cents.

While this is maybe not the most relevant news in this list, it’s still great PR, and Ripple needs it desperately at a time in which its most direct rival, Stellar Lumens, is getting excellent coverage everywhere.

The future of Ripple (XRP)

Any of the news above should be sufficient to appreciate how robust the Ripple project still is. It’s gaining ground, getting new critical strategic partners and it’s opening itself up to new possibilities such as becoming a consumer currency as well as an institutional one.

To put it simply: XRP is undervalued in epic proportions, and the only reason it’s not been doing great is that the whole market has had a terrible time this year. And currently, what we all are witnessing is the third-biggest (I should instead say worst) bearish run in the history of crypto. But a bull run will arrive sooner or later, and, when it comes, XRP will be positioned to take off spectacularly.