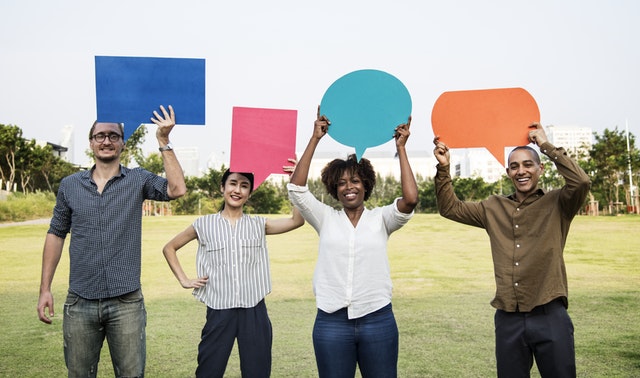 It’s been only several hours since Bitcoin Private (BTCP), a ZClassic fork that turned out to be one of the more successful hard fork products, started a thread on Reddit addressing the latest point of interest. That is considering proposals submitted by two teams interested in establishing a rock-solid future for ZClassic.

The two teams “competing” for the authority to make further contributions for ZClassic as well as for blockchain technology are named ZclassicCE and ZClassic Blue, each having their own idea of how the future of ZClassic should look like.

Both teams have gone forward with submitting their proposals for ZCL over to the team behind Bitcoin Private so that is why BTCP has started the thread on Reddit regarding this subject in order to collect the community feedback on both teams.

Regarding the matter of what is going to happen with ZClassic. ZClassic is still alive and well, following the current market trends, however, ZClassic is waiting for a new dev tea that would be able to take this digital asset to the next stage of its development, and that is how we now have two teams, ZclassicCE and ZClassic Blue presenting their ideas for the future of ZCL while submitting their official proposals to BTCP team.

The team ZclassicCE has gone forward with submitting their official proposal not that long ago, stating that the reply that came back from team BTCP announced that they will have an answer for ZclassicCE by September 1st.

The idea that ZclassicCE team has for ZCL is to transform the current asset known as ZClassic (ZCL) to AZCL while holding no forks that would in any way produce another coin like it was the case with ZCash and ZClassic back when ZCL was forged.

Since then the team ZClassic Blue has also sent their proposal for ZCL to the team behind Bitcoin Private, also describing zk-SNARKS technology within their proposal, but offering somewhat different solutions for this digital asset.

Apparently, the team ZClassic Blue is planning on making an overhaul of the ecosystem while making the Masternode verification available, while also suggesting new desktop and Android-supported wallets.

Both teams seem to be making some great points, altogether creating a beneficial surrounding for the future of ZCL, so the community seems to be divided between the two teams, while a portion of Redditors believes that both teams should get the chance to have their proposals pass.

Whichever the opinion on both teams, Bitcoin Private has gone forward with submitting both teams’ proposals within the Reddit post, that way presenting ZclassicCE and ZClassic Blue proposals and allowing the community to provide feedback based on the proposed changes.

By far, there doesn’t seem to be an obvious “winner” between the two, if there will be winners after all.

ANON, Anonymous Bitcoin announced from their official Twitter page several days ago that ANON will be entering a partnership with ZClassic.

The news came as more than significant for ZCL as the digital coin was left without an official dev team for over 4 months now, while ZclassicCE and ZClassic Blue teams gave their best in assuring that ZCL will get to see some future.

ZCL was also announced in an airdrop that should be organized by ANON where it is stated that ANON will be giving away around 5.000 ZCL units to contributors across the community.

Anonymous announced a double partnership with ZClassic and uRunit.io, announcing “partnerships before forking”.

With this partnership, ZCL and ANON will most certainly get some points on increased adoption given the fact that uRunit users would be able to spend ZCL and ANON for gambling on this platform, represented to the public as the introduction to “a new era in gambling industry”.

As of the most recent case of events, Bitcoin Private has taken over the official Twitter account of ZClassic, so after starting a thread on Reddit, the BTCP team has also asked for the community help through Twitter as well, asking for “community input on proposals submitted for taking over ZCL”.

ZClassic, although without an official dev team for months now, is still complying to the trending currents in the market, which means that ZCL is currently going down in the red alongside with the majority of digital assets.

The market has been acting sluggish for a couple of days now, so ZCL fell by -4.49% in the last 24 hours, currently being traded at the price of 7.72$. ZCL lost over 90% of its value during the last couple of months; however, there is a hope among the community that the new changes could take to a potential rebound against the dollar in the following months.

OmiseGo Participating in Its First AMA