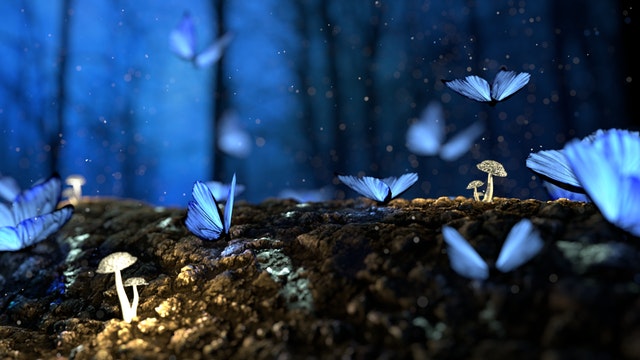 The last time there was a discussion about ZClassic, the subject started out with “Whatever happened to ZCL?” ZCL might well have been dead since there was no appropriate media coverage to pave the way for ZCL towards the next stage of its development that could potentially take place before the end of 2018. What is certain for now is that ZCL is anything but dead due to a team called the ZClassic Community Edition. A new proposal on the behalf of the ZClassic CE has been submitted to the team behind BTPC, so let’s see where the status of the proposal currently stands at.

In the lack of a dev team for the neglected ZClassic, a new ZCL team emerged due to the necessity of a new dev team. The new team behind this crypto is called the ZClassic Community Edition, which more or less depicts that the core team members of ZCL are actually end-users and developers that have been by the side of ZCL since the very beginning.

The team is said to have been working on improving the ZCL system alongside with filling the voids left by the previous dev team of ZClassic.

The team has also stated that they have been with ZCL since the very beginning while taking over the project until there is a new official team ready to take over ZClassic. In order to find the best team possible, the ZClassic Community Edition has submitted a proposal to the official team of Bitcoin Private.

This is probably the best case scenario when it comes to finding a dev team for ZCL, as BTCP team would be able to understand the needs of the new ZCL project named as ZclassicCE in the submitted proposal.

Is Bitcoin Private Going to Accept the Proposal?

In the proposal that was submitted to the official team of ZClassic Community Edition, the team addressed BTCP team, stating that they have been filling in the vacuum that the previous team of ZCL left behind.

So, the team has sent a proposal to the BTCP team, suggesting crucial changes that would make ZClassic and the new face of ZCL “robust” stating that this makes a must in their proposal.

Given the fact that Bitcoin Private understands the technology behind ZClassic, sharing the same protocol, zk-SNARKS, and the BTCP team would make a perfect match for the new dev team of ZClassic that should become ZclassicCE in accordance with the new proposal.

The proposal was officially submitted on June 1st, as stated by the core member of the ZClassic Community Edition team, that shared information with Global Coin Report that the Bitcoin private team provided a reply to their proposal stating that they will take time to consider the proposal while providing them with their final decision within a couple of months.

The core member of the team stated that the reply in form of a decision should come the latest by September 1st.

The ZClassic Community Edition team described all the expected changes and improvements for the future of ZCL in their proposal, providing a deep insight of what ZCL should represent in the future, while stating that ZClassic is ready to adapt to the current trends in the blockchain universe, while having the readiness to embrace the future developments.

In their proposal they have stressed out the importance of ZCL as a project, stating that ZClassic has an immense potential in the world of blockchain due to its promptness, technology, transparency, and security.

In the spirit of making a valuable comparison, the team started their proposal with favoring zk-SNARKS, the technology they share with BTCP, as well as stressing out the fact that “Bitcoin is hard.”, that way addressing the fact that they are planning on surpassing all issues that are found in the first crypto ever to be launched.

Further, in their proposal, the team represents the new asset that would make a transformation of the originally known ZCL.

The new asset of ZclassicCE should be called AZCL while one AZCL should make an equivalent to one ZCL unit.

What the team wanted to make clear is that AZCL won’t represent a new fork as the team is not planning on forking ZCL, wanting it to stay as close to ZCash as possible. Instead, the team would have the ZCL currency wrapped that way making it into an ERC233 standard asset.

The team is looking to utilize Komodo Platform in order to apply the second layer to ZCL while collecting notary fees in order to warp ZCL. It is further explained that the wrap doesn’t represent an airdrop or a fork. Just as ZCL could be transformed into a minted AZCL, the process can go in reverse as well.

While ZCL will exist on a single layer, which is on ZClassic platform, AZCL will be added for extended decentralization, making the EVM smart contract operations possible.

ZClassic Full Node Release and the Plans for Development

Alongside with the changes abbreviation for ZClassic’s own digital currency, ZCL, the team has also represented the one-year plan they have prepared, but have underlined the fact that their proposal makes up for a rather descriptive than prescriptive plan.

That being said, the Community Edition team has gone on with describing the technical capabilities of ZCL while presenting its potential for any future endeavors that might take place in the following months, depending on what the BTCP team would reply.

In addition to presenting the importance of zk-SNARKS, the team has also presented their one year plan, stating that ZCL should have a rebase from ZCash, from which it was originally forked while developing a new wallet UI.

The team is also planning on releasing 1.1.1 test net for all enthusiasts, developers, and miners by early July, as stated in the proposal.

The team has also gone forward with releasing Zclassic Full Node Ref Client, version 1.0.14, which is already available for the public, alongside with having been experimenting on creating a new user-friendly wallet, which is based on Electron wrapper.

Alongside with lowering the chances for centralization of the system, the team is also planning to have ZclassicCE penetrating into centralized and decentralized exchanges in order to push ZCL into the market with possibly more aggressive presence in the cryptoverse.

Now being ranked as the 202nd currency on the global coin ranking list, ZCL has a proper base that would aid this currency in achieving its full potential.

The current team that took over ZCL in order to find an appropriate dev team that would take ZCL over from this point have been doing their best to get ZCL alive and live trading for now, but as stated by the core team member the ZClassic CE team is hoping that the Bitcoin private will accept their proposal.

The proposal is public for all crypto enthusiasts, as well as the Full Node version that you can check out as we are waiting to see whether the team behind BTCP will take over ZCL and make these promising plans come true.

While ZClassic is waiting for the reply to their proposal sent to the Bitcoin Private team, ZCL can be traded at the price of 10.15$ per one unit.

After the latest change in the market that came as a byproduct of a shaky market, we can see a great portion of coins and tokens dropping against the dollar, while, for now vulnerable, ZCL is dropping with no exception by -6.96% at the moment of this writing.

Potentially, by the 1st of September, ZClassic will get revamped and taken over by a BTCP team, which is what the ZClassic Community Edition Team is hoping for.