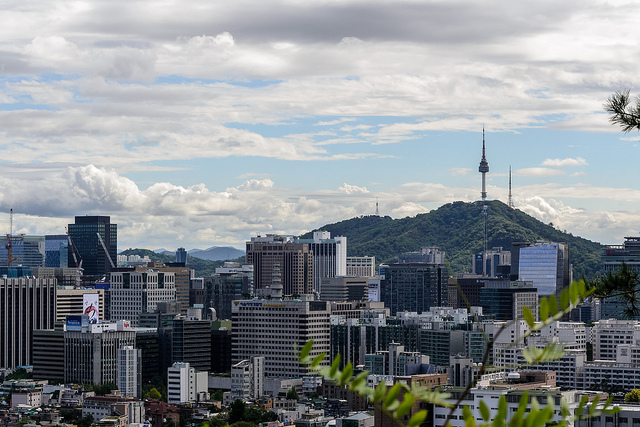 Icon (ICX) is one of many currencies that are currently in the process of bouncing higher as the majority of cryptocurrencies are going up while trying to rebound from the market crash that was negatively affecting the price of our favorite assets for more than eight weeks in a row. However, bouncing higher is not the only thing ICX has been up to as Icon Foundation is focused on a new project as launched by their own team. Let’s see how the new project may affect Icon in the time to come as well as discover more details on the mentioned ICX project.

Icon and the Blockchain Incubator

Just like NEO is considered to be the Chinese Ethereum with an unspoken promise of dethroning Ethereum, Icon is considered to be South Korean Ethereum across numerous crypto communities. What we are most interested at the moment is a brand new project that is being launched by the Icon Foundation, where the mentioned interest is justified by the importance of the project, not only for Icon but for ICX and crypto community as well.

Apparently, Icon Foundation is launching a blockchain incubator, known by the name Deblock.

Deblock project is made possible thanks to a collaboration between Icon Foundation and a marketing company called AD4th which is in the business with digital advertising. As far as the project concerned, Deblock will work similar to the way business incubators are working, which means that there will be opportunities for all ICX users who would like to launch their project and potentially get it funded and launched eventually.

Deblock will serve the purpose of enabling all interested users in easily pitching their projects via Deblock blockchain incubator, while the most interesting projects would be funded, analyzed and supported. During the process of pitching and leading projects to realization, all participants will be advised on the main points of their projects with the idea of developing blockchain technology and contributing to mass adoption and mass use of blockchain technology and blockchain-based products and services.

Deblock will, of course, run on ICX network while it is expected to have over 300 projects to work on and develop during the course of 3 years where 50 of these would be completely and exclusively funded.

All of the 300 projects will be covered in the field of sponsorship, which means that all projects would be promoted with a serious marketing strategy with the cause of getting the best projects funded.

The chosen participants would be able to enjoy all the perks included in the blockchain incubator which means that the best projects would get marketing coverage, support, relevant advising, promotion and aid in development.

This project will not only affect Icon Foundation in a positive way but may also lead to further development of blockchain-based technology and contribute to the overall expansion of the world of digital assets and decentralization.

Further, on this matter, this project should definitely lead to the expansion of Icon Network given the fact that Deblock as a project has the main goal of making Icon the biggest decentralized application network in South Korea, which is a pretty flattering status.

One is for certain, and that is the fact that Icon is indeed showing improvement in its pace of growth, partially thanks to Deblock and the idea of the blockchain based incubator as initiated by their collaboration with AD4th. AD4th, as stated, is planning on expanding the market towards the 4th Industrial Revolution, as implicated by the company’s name. Their influence will be based on blockchain technology and business.

How is Icon doing at the Current Moment?

Being traded on Bithumb and Upbit for the last month have surely influenced the growth of Icon beside by other factors such as the launching of Deblock. The growth of ICX was also affected by a massive rebound all currencies are going through at the current moment as the market is slowly recovering from the latest crash.

After the most recent change in the market, Icon had another amazing increase and it is trading in the green, which has been the case for days now.

After the latest change, ICX has gone up for 9.01% against the dollar, while it is also rising in oppose to ETH and BTC, which means that ICX is growing at the faster pace of growth than Bitcoin and Ethereum at the moment.