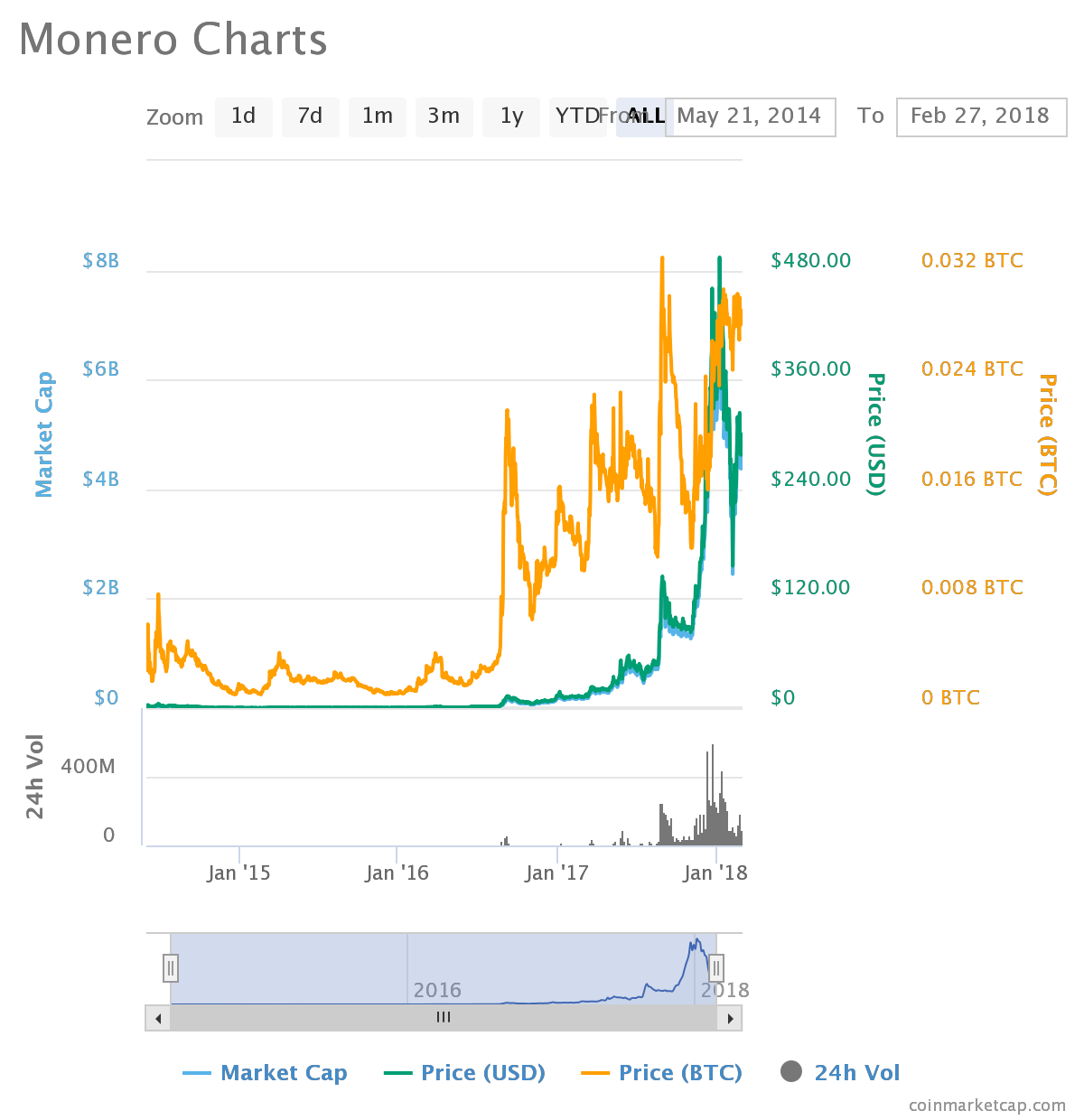 Since the advent of Bitcoin in 2008, a large number of cryptocurrencies have come up by 2018 and many are on the line. Monero, launched in April 2014, like the other cryptocurrencies, is based on the blockchain technology.

The Story behind the Origin of Monero

The first real-life application of CryptoNote, Bytecoin was launched in July 2012. The application layer protocol, CryptoNote supports several decentralized cryptocurrencies. CryptoNote differs from the application protocol that fuels Bitcoin in several aspects. It was observed that Bytecoin was often used to conduct trades. By that time almost 80% of the crypto coin was published. The developers then decided to fork the Bytecoin blockchain and the newly formed coin would be named Bitmonero. Later, it was renamed as Monero. A block is mined every two minutes in the Monero blockchain.

Monero has gone through substantial improvement phases since its launch in 2014. Monero currently has a team of seven core developers and five of them continue to remain anonymous.

Reasons to Choose Monero over Bitcoin

Mining is the process through which the cryptocurrency miners run a program on the computer that verifies and confirms the transactions. The Bitcoin mining algorithm runs faster on ASICs (custom made mining chips) compared to desktops and laptops. It is clear that a person cannot take part in the mining process of Bitcoin unless they have access to ASICs. The power consumed in the Bitcoin mining process is quite high. To solve these issues, the mining algorithm of Monero was designed such that the ASICs do not have any such advantage over ordinary computers. This way the general public can take part in the mining process of Monero and even earn the crypto coin. They will just have to run the mining software on their home computers and solve the puzzle. Anyone having a Monero wallet can start mining on their desktops or laptops by simply clicking on a single button.

The transactions appear as a part of the block when it is proclaimed to the Monero or Bitcoin network. The time taken to create a new block for Monero is approximately 2 minutes whereas that of the Bitcoin blocks is approximately 10 minutes. In case the Bitcoin block has reached its limit, the next transaction will take a considerable amount of time to be confirmed. If it is an urgent case then, the interested person will have to increase the transaction fees (paid to the Bitcoin network). The developers of Monero have designed the crypto coin in such a way that it features an automatically adaptive block size limit. This means that the blocks will expand to accommodate higher transaction volumes.

The ‘invisible internet project’ I2P layer will enhance the privacy features of the Monero blockchain during a transaction. It will also add a protective layer to prevent passive network monitoring. Therefore, the payments will remain untraceable. Moreover, people scanning the network will not even be able to say that a person is using Monero.

The designing and developing team of Monero have introduced some unique features to the world of cryptocurrency and their goals are ambitious.

We will be updating our subscribers as soon as we know more. For the latest updates on XMR, sign up below!

Ripple: A Stable and Convenient Addition to the Cryptocurrency Market