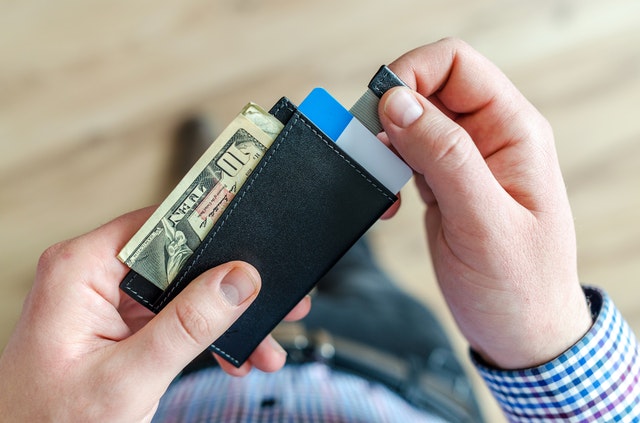 Dealing in cryptos is more than just trading them, especially now, when the crypto world is making significant steps towards adoption and mainstream use. More often than ever, crypto holders are choosing to keep their coins instead of just passing them on. However, since there are often significant amounts involved, it is important to have a safe way to store these coins and protect them from theft.

While cold wallets are the best methods to do this, it is still possible to achieve decent security with online wallets. Because of this, and with a large increase in hacking attacks, it is important to know which wallets are the best and safest to use. So, today, we have prepared a list of top 5 online wallets for all Bitcoin and Bitcoin Cash users that are looking to safely store their coins online.

Unsurprisingly enough, BTC.com will be the first on our list, since it is a wallet that is specifically designed for holding BTC and BCH. It is among the best online wallets around, and it has been one for the last two years, ever since its creation in 2016. It was made by a crypto mining firm Bitmain, and it is safe and very user-friendly. This makes it perfect for new and experienced wallet users alike, and it can be used on Android and iOS, not to mention that it also has a web version.

Users of this wallet can hold their private keys themselves, which eliminates the necessity to involve a third party, and thus it increases the security of the wallet, as well as coins stored within it. The wallet is strong, despite its simple look, and should definitely be given a chance.

Next wallet in line is Coinbase, which is among the simplest ones to use. It has relatively limited applications, but its user-friendliness makes it the best choice for crypto novices. The coin selection is also limited, as is the one within the exchange itself. However, it offers both BTC and BCH, which is why it still made the list.

One thing that makes this wallet even better than most is the fact that it also acts as an exchange, and not only a wallet. Basically, this means that users can exchange their coins without ever leaving the wallet, albeit with higher fees. Those looking to avoid the fees may decide to go for Coinbase Pro. This won’t completely eliminate the fees, but they will be much lower than usual. The only downside to this is that the coins have to be sent between the wallets when the user decides to trade them.

Next, we have Blockchain.info. This is a strong and reputable wallet, backed by equally as strong and reputable company. A lot of crypto enthusiasts are using their website, which is also a block explorer. The wallet has been around since 2011, which makes it very old by crypto standards. However, it did not waste the last seven years, and it made itself available in 37 languages.

However, the wallet only offers 3 coins, which are BTC, BCH, and ETH. It is user-friendly and very easy to use. Also, it is pretty safe considering that it is a hot wallet. Like Coinbase, this wallet also works as an exchange as well, which allow swapping coins for one another whenever the user desires it. This makes it flexible and practical. One thing of note regarding the wallet is that it suffered phishing attacks in the past, which is why users are advised to always double-check the addresses that they are using for coin transactions.

The fourth on the list is Coinomi, which is a wallet that supports over 501 cryptos in total. 119 of those are coins, while 382 of them are tokens, which makes it the wallet with the most cryptos on this list. It is available in 28 languages, and it also allows transactions without the need to leave the wallet. Additionally, it allows credit card purchases, which makes it even more efficient, and the user doesn’t even need to visit exchanges at all.

The fifth and final wallet on this list is Jaxx. It was created back in 2014, which doesn’t make it the oldest on the list, but it is still pretty old. It was created by Anthony Di Iorio, who is also one of the co-founders of Ethereum itself. The wallet is easy to use, and it can be reached from numerous platforms, including Windows, Android, iOS, and it even has a Chrome version.

It supports 69 coins and tokens, with some of them even being outside of the top 100 per market cap. While it received criticism at one point due to some technical difficulties, it was also praised for numerous features, as well as its outstanding design. The only downside with the wallet is that it doesn’t support crypto-to-fiat transactions. However, as long as your goal is to trade coins for other coins, it will be the perfect wallet for you.