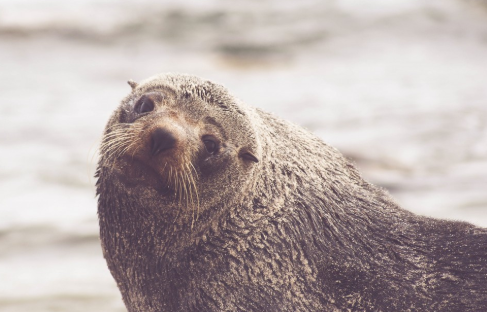 We can all agree that Coinbase is certainly one of the most powerful exchange platforms in the cryptosphere. In fact, that is the main reason behind the wrestle of all the cryptocurrencies on the market for obtaining the recognition of the platform and the validation that comes with it. In this sense, one of the coins that have been fighting the most for its position on this platform is nothing less than Ripple (XRP), the third largest cryptocurrency by market capitalization of the industry.

Much has been said regarding would it be or not a possibility for the coin to appear listed on Coinbase, but the truth is many rumors were created around the fact, and as it seems, a great part of the traction the coin has been getting lately is because of it.

The addition of XRP by Coinbase still remains as “to do”. However, for the first time the CEO of the company, Brad Garlinghouse, emitted a public opinion on the issue, and as it appears, he thinks Coinbase definitely should add the XRP token to its lists. Let’s find out why he thinks so.

Garlinghouse declarations for the CB Insights’ Future of Fintech conference

Garlinghouse was interviewed by John Jeff Roberts at the CB Insights’ Future of Fintech conference held in New York. During the interview, he was asked about his thoughts on Coinbase and its likely interest in the token of the company he represents. Something he responded by mentioning the fact that Ripple is more than a token, it’s a solution for financial institutions in order to make transactions, easier, faster, and cheaper. He said:

“As we solve problems at scale for institutions, I think it’s in Coinbase’s interest to participate in that.”

Let’s recall Ripple is one of the main solutions for bank institutions around the world, many of which already use its products xCurrent, and xRapid in order to improve cross-border payments. This is certainly one of the factors behind the coin maintenance of its value throughout the time, which of course, the greater acceptance, the greater the value.

Nevertheless, the XRP token experienced a peek back in January that led the coin to the astonishing value of $4, and despite the great relationships the company has created around the world this was mainly attributed to the furor behind the rumors of the Coinbase listing, a fact that two months later the platform decided to elucidate by stating they will only list cryptos that are not classified as securities by regulators.

This fact surely is one of the things holding back the XRP token of being listed in American exchanges such as Coinbase, Circle, itBit, Square Cash app, or Robinhood. A lot of concern has been raised around XRP likelihood of being officially classified as a security since the token is not fully decentralized and a large part of the ownership of the coin belongs to the Ripple team itself.

Regarding this, Garlinghouse stated that there is no doubt that XRP is not a security since the public ledger exists independently of the token, and besides that, the way he considers it, owning something doesn’t mean you have control of it, a fact he sustained by saying that even when,

“Saudi Arabia owns a lot of oil—that doesn’t give them control of oil.”

He concluded by saying that he cannot predict what the next steps are going to be for the main exchanges in America, but as he thinks, many of them seem to be waiting for regulators to classify the token, which according to his appreciation, it’s nothing but a huge mistake.