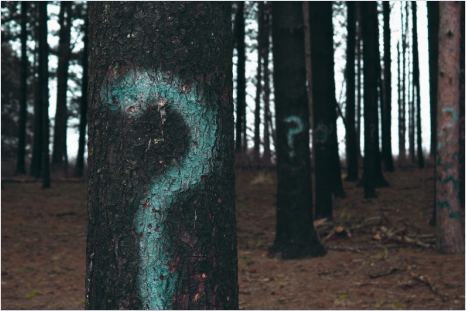 So you’re looking for a cryptocurrency that can capture your interest? Well, there’s a minimal set of crypto coins that have been designated by observers and investors as genuinely viable and exciting. Stellar Lumen’s XLM is one of them.

Stellar’s XLM is already being used in the real world (through a partnership with IBM), so it’s proven itself. It has the approval (and adoption) of some of the world’s big players (thirty banks the world over are using it already). This all means that Stellar has the potential to go all the way and you shouldn’t be left out.

Stellar is not about to break into the mainstream; it’s done it already. IBM has created a market for carbon credits that works on the Stellar blockchain and token, and it’s persuaded thirty of the world’s leading banks to use Stellar’s tech and token to do their international transactions.

Why is that, I hear you ask?

That’s because Stellar brings together the best of all worlds. It gives its users every good feature that Bitcoin can offer while, at the same time, it gives them the same flexibility offered by Ethereum.

Stellar is a decentralized blockchain just as Bitcoin, but it takes things one step further. It allows for international transactions to be carried out quickly, reliably and cheaply.

Moreover, Stellar is a blockchain operating system in full that allows for the creation of decentralized apps. It’s highly scalable, it allows for lots of transactions per second, and it takes no fees at all.

IBM partners up with Stellar Lumens

Last October, IBM let the world know it was partnering with Stellar Lumens. They will be working together to make international transfers and money remittances quicker, easier, more reliable. This is IBM, keep in mind it’s a firm that has been at the heart of several technological revolutions already.

It’s so prestigious and influential that this Stellar partnership could shape its future for good. Again, IBM is already using Stellar’s blockchain in a big project (carbon credits exchange), and the giant has persuaded thirty banks around the world to use Stellar’s XLM to settle international transfers. And this is just the beginning; the chances are that, as time goes by, IBM will find many new ways to take advantage of Stellar’s technology and will recruit lots of new partners.

Then there’s BloomX, a file exchange and data sharing service. They recently announced they would adopt Stellar’s network to accept cryptocurrency payments. This is the kind of deal that will bring attention to Stellar from outside the crypto world, to a set of users that otherwise would not know or care about any alt-coin at all.

A match made in heaven: Low risk, high returns

Plenty of projects show great potential in the current cryptocurrency market. But their potential doesn’t come for free; there are strings attached to some of them and, in some cases, the risks are just as high as the potential benefits. Lumen doesn’t have that problem.

It’s already among the world’s top digital currencies, and it has Jed McCaleb, one of the best minds ever to grace the crypto community, behind it.

Also, Stellar’s main direct competitor is Ripple’s XRP (both coins are meant to be used in international transfers by financial institutions) and, while Ripple was last year’s most profitable coin, right now it faces a lawsuit that will decide if it’s a security or not. This, along with IBM’s support seems to grant Stellar’s XLM the upper hand because the risks involved in going for Stellar are very low and the returns could be huge soon.

As every day goes by, Stellar’s new way of doing things (called the Stellar Consensus Protocol, SCP) is moving forward quickly and getting new investors, customers and users all the time.

It could become the first cryptocurrency to be globally accepted, and that is the primary sign of the returns it could produce. It’s grown by 633% over the last year, and 399% over the previous semester. While it’s not as impressive as Ripple’s performance for last year, the game has changed because Ripple is now at high risk and Stellar is not.

Stellar is the seventh biggest crypto coin in terms of market capitalization (5.8 billion). It was at $0.45 as the month begun and it could go over fifty cents soon.

Over the last week things went a bit south for Stellar (as well as for every other coin, Bitcoin included) and it’s now at $0.27, but it’s nothing to be worried about. The market will bounce back soon and chances are the gains will be just gargantuan. It’s expected that the XLM will go over $0.50 before the next year starts (and even reach $1 earlier than many out there might be thinking it will).

Stellar Lumens (XLM) Continues Rising Against Both BTC and USD