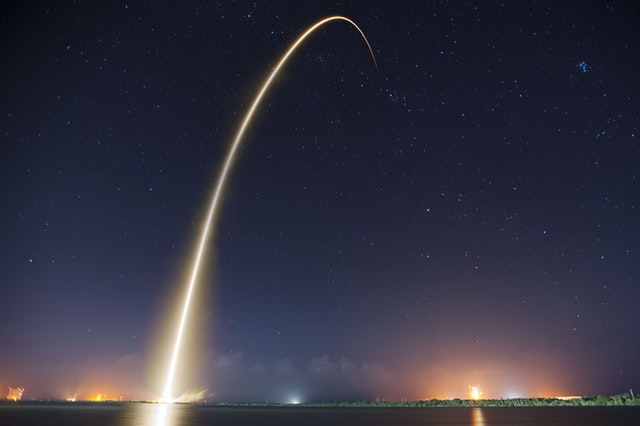 The entire crypto world is brimming with excitement for its Test Mainnet which is going is to happen at the end of the current month, the 31st. On that day, the Tron blockchain is supposed to migrate from its existent ERC-20 standards to its own blockchain. Recently, more announcements have been made by Justin Sun, the founder of Tron regarding the progress being made for the fated day. If we consider Tron’s recent performance in crypto markets, there are signs of recovery and support from its dedicated community aka Tronics. Token holders have already been notified to transfer their TRX from Ether wallets to exchanges which are supporting the migration in order to avoid withdrawal and trading. In this article, we shall discuss the most recent progress made by Tron Foundation for the upcoming event.

Support for Mainnet for D-Day Increases

Tron has already announced that the token migration from ERC20 to mainnet TRX is going to take place between 21st June to 25th June. A TRX holder has to deposit the coins to mainnet supporting exchanges before the last date of migration. Some of the biggest cryptocurrency exchanges have declared their support for Tron Mainnet migration. Recently on their twitter, Tron foundation shared a picture that contains names of all renowned TRX migration supporters. The list includes Binance, Bitfinex, Gate.io, Coinnest, Coinrail, Bit-Z, BiBox, Bittrex, Bixin and Zebpay. The co-operation Tron has received from these crypto-influencing giants is sure to result in a movement in Tron’s status on charts and contribute to its current rankings. The founder of Tron has already made a clear statement that with the Mainnet release, TRX is headed towards becoming 6th largest cryptocurrency in the globe once again.

According to the recent technical reports published by Tron foundation, there has been active progress towards the fast-approaching mainnet launch. Developers have improved log information and exception handling of network modules. The stability of network modules has been facilitated. The consensus mechanism documentation was improved by testing and reviewing funds-related code. They continue to work on increasing the transaction speed, repairing bugs and pressure testing. It’s evident that these weeks are going to be extremely busy for people at Tron foundation as they have a responsibility to successfully meet the expectation of the global community. Tron has also accepted on working with more digital asset trading platforms to support the token migration.

The latest addition to Tron’s token migration list is a well-known wallet service provider called ‘Bitpie’. Every person who has exposure to cryptocurrencies and the wallets holding them knows the efficiency and level of security provided by Ethereum wallets (either hardware/cold wallet storage) such as MyEtherWallet and Ledger Nano S. in case a TRX holder has kept their coins on either wallet are advised to transfer to the above-mentioned exchange wallets. Tron has recently posted on medium regarding Bitpie wallets supporting Tron tokens migration and blockchain upgrade. According to the announcement, TRX holders and investors are being urged to deposit their ERC20 compliant TRX to Bitpie wallets in order to receive the equal amount of TRX tokens. There will be a weekly exchange for those who choose to deposit TRX after 21st June. This recent announcement has relieved Tron’s community since it’s the first wallet support declared for Tron migration and the Bitpie wallet is a user-friendly wallet with functions such as instant trade, built-in exchange and it can successfully manage blockchain asset for its users.

It’s not just the token migration and the mainnet release for which Tron has made quite an effort to stand out, the team behind Tron has already mentioned its other launch events which are to take place close to the mainnet day. Tron is also expected to launch Virtual Machine, Tron VM v0.1 on 25th of May for which TRX holders and investors are keeping their eyes peeled. The virtual machine will pave Tron’s path towards TRX migration and become a separate crypto entity. The Tron virtual machine is made in such a way that it would be compatible with ethereum virtual machine. Among all the details of the upcoming virtual machine release, it is developed to ensure that all dApps which were originally built on Tron’s platform based on Ethereum can migrate their projects with ease. As far as the trails of announcements go, the expectation bar for Tron is rising higher. Although the currency hasn’t made a prominent upward trend since a few days, there are chances that bulls are HODLing TRX closely.

As per the current data on CoinMarketCap, Tron is placed as the 10th biggest cryptocurrency of the world with an individual price of $0.072 USD that’s increasing at the rate of 9.53%. after the recent recovery signs, the total market capitalization of Tron has reached an approximate of $4.72 billion USD and since the past 24 hours almost $468 million USD worth TRX has exchanged hands, which signify that the Tronics have already started depositing their ERC20 Tron coins on mainnet supporting exchanges to prevent all sorts of losses due to the upgrade. Though the current situation is exciting for Tron there’s still chances of the paradigm getting shifted. So its advisable to stay on the safe side and enjoy the show.

EOS vs. OmiseGo: What Future Holds for These Two Fierce Competitors?