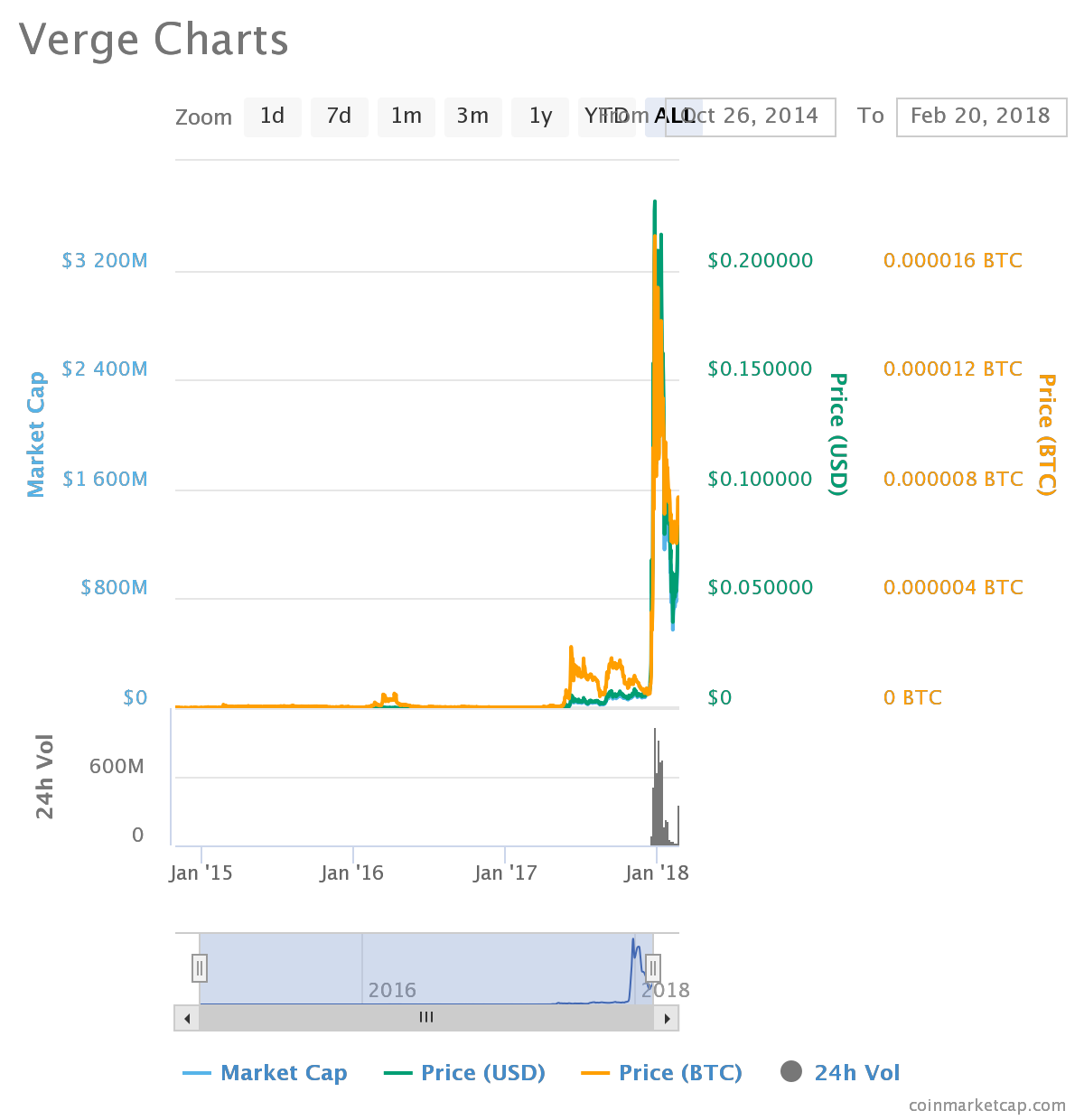 Although Verge is constantly spinning around the value of usually around 0.06$ per one unit, the developers behind Verge have no concerns about this. That is the case because they are preparing a load of changes that should be applied in the form of features, enabling Verge to come near its fullest potential.

Even though Verge is considered to be one of the most private currencies on the market, the developers aren’t letting the further development of this currency to a sheer case of fortune. There are several announced releases of exciting features during 2018 that could potentially launch this currency to the moon.

The Announced Novelties for Verge

Verge developers decided to show that the potential of their maximal privacy and fast transactions can be even greater than it is at the current moment. So, they have announced the release of several new improvements that should take action during the following year of 2018.

One of such features is called TOR Android wallet. This feature should allow access to fast transactions around the globe, making Verge available to masses and mass usage. This feature should allow anyone who owns an android operative system to easily receive and send payments in the form of XVG in only click away and on-the-fly. This wallet should have I2P protocol and as such should allow completely anonymous transactions with zero interference from third parties.

This feature could easily raise the price of XVG as it represents a neat and easy way to receive and send payments instantly with the usage of the Android system, while transactions would be still operated through Verge blockchain ecosystem.

In case you didn’t know, Verge is also one of the easiest coins to be mined on the market because these coins can be mined with any processor. That way, not only does Verge lower the competitiveness rate, but it also enables cost-effective mining of XVG.

To further improve the experience of mining these coins, Verge developers are planning on releasing a guide to mining XVG somewhere around the last quarter of 2018. This feature should allow more and more people to get involved with mining this coin that way being able to earn some money through mining. This feature could also easily raise the value of XVG’s price per one unit in the long run.

Another one of novelties that could easily and most definitely affect the price of Verge is the implementation of RSK smart contracts.

You are probably already familiar with what smart contracts are if you have been following up with Ethereum and similar platforms that use smart contracts, like Neo. The development team behind Verge is already testing smart contracts that should be introduced to the Verge community. This is a huge deal because this implementation should allow easy distribution of Dapps, blockchain-based applications, allowing all creators to monetize their skills through developing different types of applications within Verge ecosystem.

All applications made through smart contracts would be hosted within Verge platforms, that way creating even larger and more advanced decentralized community. With the implementation of smart contracts, it isn’t hard to conclude that XVG price could easily jump. This feature is already being tested, so developers behind XVG already have high hopes for 2018.

How is Verge doing at the current moment?

Remember when John McAfee tweeted about Verge? Afterwards, Verge managed to reach a raise of 800% in the shortest period when compared to other currencies during the time of bounce off. Although many people have speculated that John McAfee tweeted for personal gain, which is still not excluded, we can’t deny the technical capabilities of Verge.

One XVG is now worth 0.077$ per one unit, which is not that bad at all when compared to the fact that Verge was constantly spinning around a price range of 0.05$ to 0.06$ per one coin.

Still being traded at a fairly low price, you can easily make bulk investments in case you believe in the effectiveness of the announced changes, which are predicted to bring positive changes to Verge and additionally raise the price of this coin in the long run.

Following Up with ReddCoin (RDD)