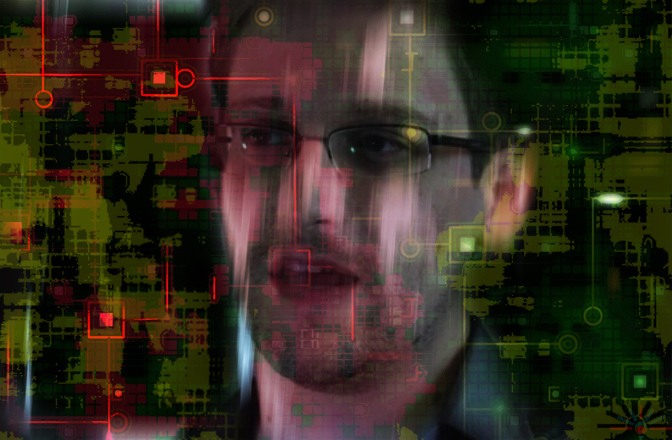 As ZCash is waiting for its hard fork that is announced to take place in June 2018, Edward Snowden had a couple of words to share about what he thinks of ZCash and its technology, value, and potential. As ZCash is slowly being recovered from the latest market dip, many enthusiasts are interested in predicting how well will ZCash perform just before the hard fork occurs, hoping that the renewed platform will sky-rocket the price as well as enable some new features that would allow the dev team to easily perform changes and modifications along with being able to work of further development of the network with adding updates in the future. How is ZCash doing at the current moment, what will the new hard fork bring and what Snowden had to say about ZEC?

During a conference dedicated to the phenomenon of blockchain technology held in Germany earlier in March of 2018, Snowden was asked a lot of questions about his opinion on cryptocurrencies and overall privacy of blockchain technology and decentralized networks. On this occasion, he stressed out that his favorite and by far most interesting coin available on the market is none other than ZCash.

Snowden also added the reason behind favorizing ZCash, stressing out that ZEC has a unique protocol that enables ultimate privacy, that way adding that privacy is very important for having a digital asset desirable and generally functional. Snowden added further during his statement that he noticed that a lot of digital assets are trying to mime ZCash in the terms of trying to achieve the level of privacy that this currency has, which is, as he said, a good thing.

The dev team behind ZCash claims with certainty that it would be impossible for anyone to break through the pass generated by zk-SNARKS as this protocol uses zero-encryption to make sure that no one can trace either recipient or the sender, that way keeping the privacy of all users who use ZEC for their blockchain-based transactions. Given the fact that ZCash is one of the top currencies, currently ranked as a 26th coin on the global coin ranking list, one of the known investment companies called Grayscale is predicting a fabulous future for ZEC as the firm predicted that ZCash might reach the value of 60.000$ per one unit in 2025. Hopefully, for all ZEC holders, this prediction might turn out to be true. For now, 2025 seems pretty far as well as the 60k price per one unit.

Further, during the conversation for the conference held in Germany, Snowden also added that he thinks that Bitcoin won’t last forever as it has some issues with privacy as well as with scalability. In accordance with Snowden’s opinion: “The first browser created was not the best one” so he used this comparison for the case of Bitcoin as the first cryptocurrency before the crypto market was even active or popular. Due to the unique privacy protocol, Snowden would definitely go for ZCash, which is in many ways an amazing acknowledgment of ZEC and its dev team.

As we heard what Snowden thinks about ZCash, we are interested in finding more about the upcoming hard fork that should take place somewhere in June of the current year of 2018.

The developer of the network, Wilcox, stated that the purpose of getting a hard fork is to get used to getting updates for the platform in a simpler, more beneficial and easier way. The hard fork is named Overwinter and the dev team is working on perfecting it before continuing with the fork later in 2018, around June.

As stated by Wilcox, who is working on the network improvement as the head of the team preparing Overwinter, he stated that all users can expect even faster transactions after the hard fork while the level of privacy will be maintained on the same respectful level.

Further, in his statement, Wilcox added that he considers Overwinter, named as Sprout in its stage of development, more as a way of upgrading the network rather than the usual hard fork. All users will be able to unlock all features and upgrades that come with the hard fork once Overwinter takes place. Although many people are not as fond of the hard fork as they believe forks represent a way of having the dev team forcing all users into accepting changes in the network, it is predicted that the new fork will bring many positive novelties to ZEC, also raising its value in the market.

ZCash: What to Expect with Overwinter

Wilcox also talked about the new improvements that should take place once Overwinter is activated, claiming that all users will be able to enjoy much smoother experience regarding transactions and internal network operations, which would contribute to a smoother user experience.

One of the novelties the ZEC team is proud of is a protocol called transaction expiry. This feature enables expiration of all transactions queued more than an hour. Thanks to this protocol all transactions older than one hour will automatically expire which will contribute to removing outdated and unprocessed transactions.

Apparently, it is the case that certain transactions might get “jammed”, which is usually the case when a sender doesn’t pay the stated fee for making a transaction. That way, miners are unable to “catch” the transaction and verify it, so the verification fails and the given transaction sort of stays jammed in a limbo.

To prevent this from happening, Wilcox has decided to add the transaction expiry protocol. However, many people think that this is everything but a good idea because many people believe that this protocol could potentially lead to serious problems in the security of the network. Wilcox undeceives the public on this matter by stating that this feature won’t cause any troubles with the security of the network, further stating that it will only contribute to the more functional network by preventing users from losing their funds in case they send their transactions to a wrong chain.

As we already know once you send a transaction via blockchain, that transactions are irreversible, which means that you can’t get your money back, so transaction expiry feature should easily resolve this issue.

This feature will potentially sky-rocket ZCash and help it stand out from the crowd of a massive crypto verse that is getting larger and larger year by year. Another novelty that is planned for Overwinter is rewriting the inherited issue ZCash picked up from Bitcoin’s design once it was being created and before it became an ICO. The issue is related to the signature verification and should be resolved with the fork.

How is ZCash doing at the Current Moment?

After 8 long weeks of a harsh market dip that went on ravaging the market as the prices were dropping dizzily, holders and investors are finally able to relax a bit and enjoy watching their currencies rise above trading in the red.

The latest change in the market made ZEC dealing in the green while it experienced a rise in the price of 2.50% against the dollar.

After the mentioned change in the market, ZEC can be bought at 202.63$ per one unit. Still trading at the price that is over four times lower than its all-time high of around 800$ per one unit, it is yet uncertain how soon would ZCash be able to get back on the track when it comes to the price. However, it is expected that ZEC’s value will probably rise after the hard fork takes place in a couple of months from now.

Cardano (ADA): The Dark Horse of the Crypto World