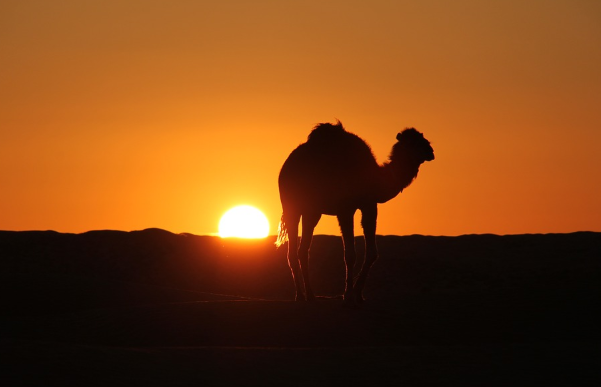 Zilliqa (ZIL) is a blockchain project and cryptocurrency that, despite its young age (it was started only last August) is gathering attention and gaining users.

The token is based on Ethereum’s ERC-20 technology, but it’s independent of the Ethereum network as it was introduced precisely to address some of the Ethereum environmental problems (scalability and price).

Besides the crypto-coin, Zilliqa aims to be a blockchain-based operating system in which decentralized apps can be developed in a way similar to Tron and EOS.

Zilliqa smart contracts are written using their proprietary Scilla ( a programming language), and the network also uses sharding technology, which is a protocol that breaks a calculation down into smaller pieces that can be solved parallel in a node’s sub-network so that transactions and block elements can be computed more quickly. If this doesn’t impress you very much then know this: it’s one of the few digital assets currently trading in green numbers.

Ethereum is bleeding users and developers to Zilliqa

Overstating Ethereum’s importance in the cryptosphere is hard. Several essential blockchain projects started running over the Ethereum blockchain and the ERC-20 before they became independent (Tron and EOS are the best-known examples). But there is a reason why those projects choose to develop their blockchains and leave Ethereum behind.

One problem with Ethereum is the gas price, it keeps going up, and it makes it expensive to create and use apps that run over Ethereum. The other problem is scalability.

The network is slow compared to the most recent blockchains available. Zilliqa still uses an ERC-20 token, but their technology is designed to deal with those very problems. It’s very cheap, and it’s swift, and those advantages are attracting current Ethereum users and developers.

Take the Etheremon example, which is sort of Pokémon-go clone that runs as a decentralized game on the Ethereum (ETH) platform. Current fees on Ethereum are becoming so high that they are starting to ruin the fascinating experience of gaming. Etheremon is dealing with this issue by moving a portion of the game to Zilliqa, which pushed Zilliqa’s price up. Ethermon’s blog published this in its official Medium blog:

“Long-term solution, we are glad to announce that we will work with the Zilliqa team to explore Zilliqa as a scalability solution to Etheremon. The Higher throughput and low gas of Zilliqa’s sharding solution offer players a better experience.”

Ethermon’s solution is something of a band-aid, it cannot last for long. Currently, the transaction system runs on Zilliqa while the game engine is still on Ethereum which is not sustainable, but the developers have not yet announced for how long this will remain as it is.

Not too long ago there was another game (CryptoKitties) that taxed the Ethereum’s network performance hard enough almost to paralyze it.

It goes without saying that this is not how you attract investor confidence, new users and new demand for a crypto coin. The scalability issues are quite severe, and they have not been addressed. Even worse: now there’s a lot more competition in Zilliqa, Tron, EOS, and others.

Real-time performance is of capital importance in entertainment and gaming applications, and Ethereum just can’t handle them anymore. But Zilliqa can. And it’s even faster than EOS and Tron while keeping things secure.

Ethereum’s will keep being the dominant platform for decentralized games for a while yet. There’s no way around it, they have been around for too long, and it’s going to take some time for other games to migrate their products into different blockchains.

But as games that run over the blockchain multiply and become more popular, the battle of the providers will grow in intensity and, as things stand, it’s one that Ethereum cannot win long-term. That is Zilliqa’s gain.