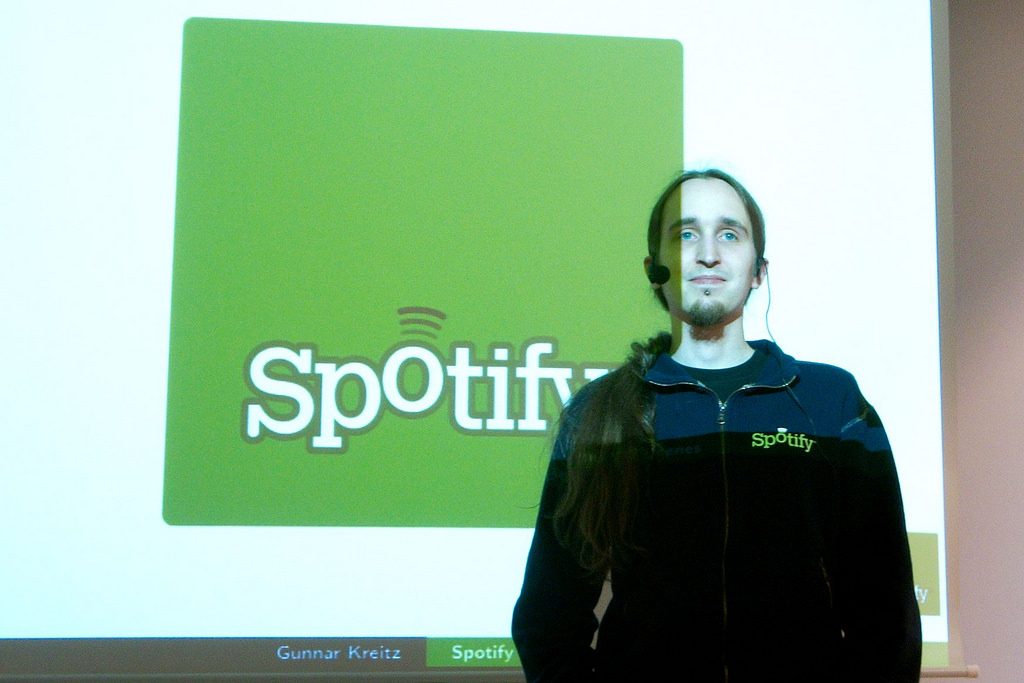 Crypto enthusiasts only had a week to adjust to Verge’s recent victory involving the adoption of cryptos, when Verge (XVG) decided that they are still not done with their business deals. Another collaboration may be entered quite soon.

It has been a week since Verge managed to enter the partnership with MindGeek, which was considered to be one of the greatest victories for cryptos to date. However, this currency is not showing any signs of stopping when it comes to achieving what was seen as nearly impossible only a few years ago. They are now considering making the next historic deal, and this time, the aim is set at the music streaming giant – Spotify.

Verge core member which is in charge of recruitment and social media, Cees Van Dam, has decided to call out to XVG’s community. Van Dam wanted the VergeFam to add their support to a campaign that has a goal of getting Spotify to adopt cryptos as well.

He posted a tweet in which he asked XVG’s followers to give their thoughts and vote on a new proposal that would demand that Spotify makes a formal evaluation of Verge cryptocurrency. The goal of this act is to determine whether XVG is good enough to be added to this music streaming platform.

#vergefam, help us Verge being added as a payment option on @Spotify

Please retweet but do us a favour, click on the link, vote en preferably add your comment.

The tweet received a lot of support and attention and was retweeted and favorited several hundreds of times.

A Verge volunteer that goes by “Dan” is the one responsible for this suggestion. He pointed out to Spotify that partnership between Verge and MindGeek was a “monumental accomplishment”. He also called the potential partnership with Spotify “a huge business opportunity”.

Another thing that Dan informed Spotify of is the fact that any positive outcome regarding the proposal would be supported by Verge’s enormous community. The community itself is constantly searching the Internet in search of new resources, all for the purpose of letting the consumers take full advantage of every new partnership.

The idea of partnership gains popularity

There is a great chance that Spotify will see the potential that this offer carries. The suggestion proposed by Dan is one of the highest ranking ideas on Spotify’s page called “Top Ideas“. Whether the company chooses to act on this idea or not, they will definitely at least see it.

VergeFam’s members seem to be extremely encouraged by Verge’s recent successes, and it would seem that they have even developed a habit of finding the new potential partners for Verge. Not only that, but the members themselves choose to take the first step when it comes to approaching the companies that might make a good match.

There were many suggestions that appeared recently, and some of the most important ones include Tinder, as well as Stripe. The wish list also treats Netflix as one of the most desired potential partners, but whether one or more of these companies will be interested still remains to be seen.