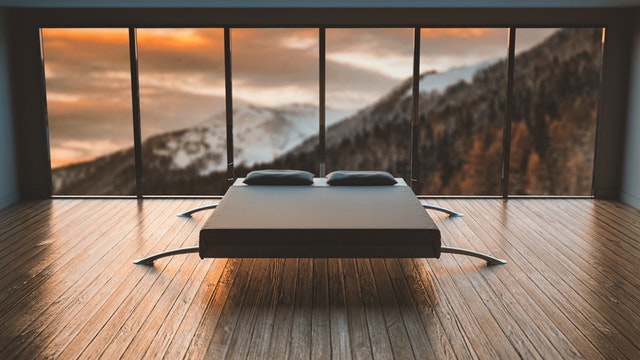 With the market booming with a variety of blockchain projects, cryptocurrency has become all the rage in the recent times. Given the tremendous surge of crypto projects, the technology has been appropriated in almost all the major industries. Speaking of blockchain innovations, one of the latest trends in the crypto market is the decentralization of social media. While many eminent projects have been experimenting with decentralization of social media platforms, Mithril attempts to bring something new by tokenizing content.

The proof of work algorithm, which was introduced by Bitcoin, has been successfully replaced by more advanced algorithms in the recent times, each promising to deliver high-end security features to the users. In this regard, Mithril can be regarded as an absolute game-changer. As a next-generation blockchain platform, Mithril rewards users who develop content. Interestingly, users can earn Mithril tokens while socializing with others, regardless of whether they are a social media celebrity or an important influencer. If you are missing out on the developments on the Mithril Blockchain, here’s a brief insight into the blockchain network.

Mithril, a Currency on the Rise

While Bitcoin and Ethereum are the big names in the market, there has been a subsequent surge in altcoins, which aim to eliminate the critical challenges in the existing currencies, from scalability to faster transactions. Considering the goals of this mammoth blockchain project, it is not hard to imagine Mithril as the next-generation of decentralized applications. Prioritising the seamless integration of the blockchain into existing social media platforms, Mithril anticipates becoming the most optimized blockchain for social media applications. As a part of the expansion plan, Mithril team is working on important partnerships. Besides this, the team has created a Mithril Integration Protocol, enabling seamless integration between the Mithril network and social networks.

The concept of “social mining” is unique to this blockchain, allowing users to mine currencies while interacting with others within the Mithril ecosystem. As per the algorithms, the users will be rewarded with MITH tokens for sharing unique content. Going by the burgeoning popularity of decentralization of social networks, one can imagine Mithril breaking barriers to become one of the leading blockchain projects of all times.

The amount of MITH that can be earned by users will directly depend on the algorithm, besides the number of stories posted, the number of views, likes, etc. Depending on preset calculations, a certain amount of MITH is allotted for a definite time span, which will be distributed to miners based on the mining algorithm.

Lit, an Important Component of Mithril

Available in the beta version of Mithril, Lit is one of the key elements of the platform. The Mithril team developed Lit to cater to the requirements of the tech-savvy generation which are at once interested in cryptocurrency and the social media. This dynamic app is responsible for finding new contacts, stories, and instant messaging functions. With the agenda of monetizing personal content, Lit is designed for seamless integration into almost all notable social media channels. Just like any other digital platforms, Mithril allows users to share stories, which disappear after 24 hours. The stories can range from posts, videos, slides to photos, and the rewards are given in the form of Mithril tokens. The Lit Chatroom, which has generated quite a buzz among the users, lets users manage personal information including stories and a separate Lit Public Profile.

Mithril and the Market

Since MITH is based on ERC-20 tokens, the coins can be kept in any standard Ethereum wallet supporting ERC-20 tokens. If you haven’t observed the performance of the Mithril currency, you will be surprised to know that it’s rapidly gaining momentum in the market and the price is moving up exponentially. After a remarkable bull run in March, the coin has witnessed a temporary setback recently, wherein the price dropped by a great margin. Considering the last few days’ price movements of Mithril, the price of MITH crashed by a striking $0.016493644 or -3.73% on June 17. However, the price climbed back to $0.449371611 on June 18. As per the analysts, the price of MITH is going to touch $0.482275287 price level soon. For June 17-18, the highest and the lowest value of MITH were tantamount to $0.482275287 and $0.407995731 respectively. As of June 19, 2018, the price of MITH stands at $0.458356, dropping by 2.26% from its previous position. Ranking 76 by market capitalization, Mithril boasts a trading volume of $36,937,900 USD at the time of writing.

As a decentralized social media platform based on Ethereum Blockchain, Mithril has been designed for integration into various kinds of social media networks, rewarding content developers for their contributions. Regulated by the unique protocol called “social mining”, the Mithril network specializes in data storage recording transactions in a secure and immutable manner. Looking at the significant developments on the blockchain, which include listing on BitForex and BitPro and the launch of improved features for iOS devices, the popularity of the project makes perfect sense. Besides this, the launch of the most hyped-up application, Lit, has also helped the coin reach out to a wider audience. Now that the coin is rapidly gaining recognition across the community, it might just outpace its competitors to make it to the list of the most promising currencies in the crypto space.

Is Docademic One of the Most Promising Projects or Just Hype?

Ripple (XRP) leaves both Ethereum and Bitcoin behind in advantages