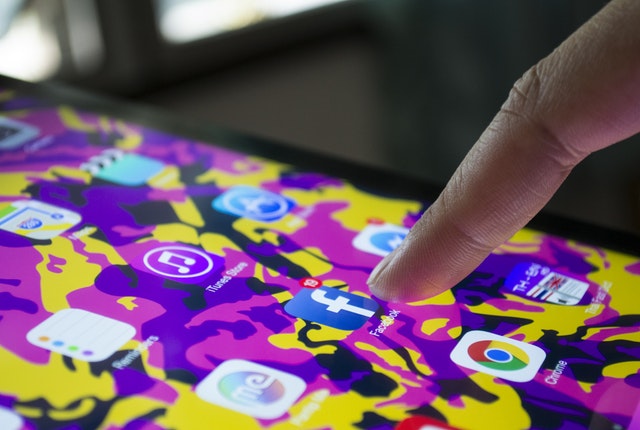 Cryptos took the world by storm in 2017, and despite the fact that what followed was the longest and harshest crypto winter in their history — they continued to attract investors and tech-savvy users. Their popularity kept growing despite declining prices. So much so, that some of the largest social media and messaging platforms have decided to ‘go crypto,’ and try to create their own coins which would then be introduced to their users.

Companies like Facebook and Telegram are supposedly already developing their cryptos while finding ways to integrate blockchain technology as well. According to them, crypto and blockchain industries have failed to go mainstream, and now it is their turn to try succeeding at bringing these new technologies to mass adoption.

The online communication giants are planning on bringing cryptos to their platforms, which would allow their mainstream users to send payments to one another easily, similarly to what PayPal and Venmo are offering. The payments would be instant, whether local or international. Facebook attracted attention because of this in particular, as it plans to introduce its new coin to WhatsApp users and let them send funds to pretty much anyone on their contacts list.

Anonymous sources have even confirmed that Facebook is already discussing the possibility of selling its coin to investors with several exchanges. Similar reports were also coming from individuals familiar with the inner workings at Telegram and Signal.

Facebook and Telegram could bring millions to the crypto world

It is well-known that Facebook has over 2.3 billion accounts, while Telegram has 300 million active users. This type of reach is so massive that the existing number of crypto supporters can barely even compare to it. These companies’ decision to go crypto can, therefore, bring millions, or even hundreds of millions to the crypto space.

While this in itself would be a massive step up for cryptocurrencies, Facebook and Telegram are also not alone when it comes to going crypto, and many other companies are thinking about doing the same. Some of them are even working on their own coins already. If they all come up with their cryptocurrencies, cryptos might actually have a chance at reaching a mass, worldwide adoption in the next several years.

However, there is still one big issue that needs to be considered. This is a large roadblock that stands in the way of cryptos going mainstream, even if they can reach hundreds of millions of people via social platforms, and that is their overly-technical side.

At this point in their development, cryptocurrencies actually require a certain amount of technical know-how in order for people to become crypto users. While the lack of centralized authority is a goal of cryptocurrencies, for example, decentralization will be new to all of these new users. This is a roadblock that even tech firms encountered when they brought their own coins to the market, and it is likely that social platforms will face the same issues.

Then, there are challenges such as scams, hackers, and other criminals who might take advantage of those without experience and proper knowledge about crypto. This also goes back to the lack of central authority or regulations (at the moment, at least) which might protect the investors.

Then, there is the fact that crypto transactions are irreversible, while coins are currently still highly volatile. Cryptocurrency addresses might be another problem, as they are simply the strings of letters and numbers, and as such — they might intimidate new would-be users.

Another challenge may be the fact that cryptos use up to eight decimal places to show the coin’s value, which may confuse a lot of newcomers.

Even the experienced investors and traders still struggle with most of these issues, and if they find it hard to handle them, what chance do newcomers stand? In order to go big, cryptos might have to work on their user-friendliness in addition to security, quality, and functionality. Switching from fiat to crypto will be a big enough change for most people even without additional complications, and that might be the issue that everyone has been overlooking in an attempt to create the most useful coin.